Low pay, long hours and a crumbling justice system could be putting off the next generation of criminal lawyers 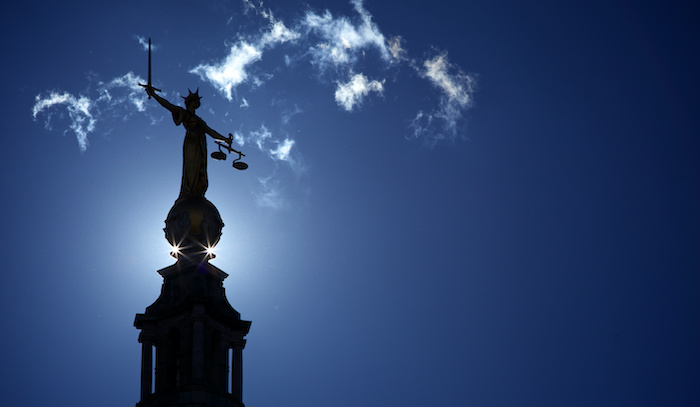 This is the first instalment in a special two-part feature examining the future of recruitment in criminal practice.

Like many of the best lawyers, Jinder Singh Boora’s career was launched by cheesy American television.

“As a child I was a very poor sleeper. After bedtime I used to creep downstairs and watch TV”, the Birmingham circuit judge said in a recent interview. “I came across an American legal drama named Petrocelli. I just remember looking at the attorneys in court with their smart clothes and perfect teeth and thinking — I want some of that!”

The likes of Petrocelli and its British equivalents — from Crown Court and Justice to the more recent Silk and Defending the Guilty — have helped to ensure a steady flow of idealistic recruits into criminal law over successive generations. Unlike most other practice areas, criminal defence is something people grow up wanting to do.

But the reality of criminal practice is nowhere near as glossy. Lawyers’ groups have been saying for years that low pay, high workloads and crumbling courts will eventually start putting law grads off crime as a career path.

The Criminal Bar Association, representing barristers, has been warning of a “recruitment crisis” since at least 2015. The Law Society of England and Wales talks about “a dearth of young solicitors willing to go into criminal law”.

So are those dire predictions now starting to come true? And how much of that is down to law grads themselves thinking twice about criminal defence work?

“I think students are very aware of the future looking pretty bleak in crime”, says Rebecca Wood, head of criminal litigation at Woollcombe Yonge in Plymouth. She recently advertised a training contract in her department, expecting it to be “like gold dust”, as it was when she was on the criminal traineeship hunt 15 or so years ago.

So far, the ad has received “hardly any responses”, Wood tells Legal Cheek. “I don’t want to be unfair on the few that have applied, but I was expecting hundreds. We advertised for training contracts in conveyancing recently which were snapped up — a flood of applications”.

Wood’s tweet about her disheartening recruitment experience seemed to strike a chord. “I used to get lots of unsolicited applications”, said Sonya O’Brien, a partner at another small firm in Oldham. These days, “I can’t remember the last time someone sent a CV in”.

Of course, problems in some areas of the country may not be reflected across the board. In Scotland, which has an entirely separate criminal justice system anyway, young lawyers still seem super keen.

“My impression in Scotland is that at the trainee level it is supply of roles (and the ability to fund such roles) that is the problem, not any lack of interested applicants”, says Professor James Chalmers of Glasgow University. “I haven’t noticed any change in this over recent years”.

Lecturers elsewhere have different experiences. “I am not aware of a single former student who has taken a training contract in a criminal legal aid firm in the last five years, compared with many who have in firms working in other areas of law”, says Dr James Thornton of Nottingham Trent University. While lack of training contract opportunities is a factor, “it also seems to be the case that the job simply does not appeal to many students”.

Research by Thornton and others, based on interviews with criminal lawyers, points to a “declining proportion of law graduates opting to pursue a career in criminal law”.

That’s tricky to back up with hard stats: there’s no ready data on how many people apply for a training contract or pupillage in crime specifically. The Law Society does keep tabs on the average age of criminal duty solicitors, which gives an indication of the health of the recruitment pipeline.

That picture is pretty bleak in many areas of the country. In Wood’s part of the world, Devon, 58% of criminal duty solicitors are aged over 50. That picture is replicated in many regions: across the rest of the South West, much of Wales and in Worcestershire, over 60% are aged 50+.

As Thornton points out, though, that could be down to retention problems as well as a lack of trainees coming in. The number of criminal trainees across England and Wales has jumped around a bit, but there isn’t a consistent downward trend, according to data collected for the Independent Review of Criminal Legal Aid. There were 540 trainees at criminal legal aid firms in 2018/19, compared with 490 the year before and 570 the year before that.

But the same figures show a sharp rise in the number of solicitors dropping out of criminal legal aid: almost 3,000 in 2018/19. Some of that will be down to their firm dropping legal aid or closing down, but not all: every criminal lawyer has stories of colleagues quitting young.

Bill Waddington of the Criminal Law Solicitors’ Association remembers taking a newly qualified criminal defence solicitor along to a meeting with government ministers a few years ago, to reinforce the point that she was a “rare specimen” even then. Fast forward to 2021, and she’s now working for the Crown Prosecution Service.

“Criminal legal aid firms can’t compete with what the CPS is offering in terms of salary and benefits”, Waddington says. On top of that, “we lose people to other branches as well. If they’re intent on doing publicly funded work, they will have a much better existence in family law, which is better remunerated and doesn’t come with 24-hour call-out”.

Similarly, the Bar Council says that “those who do still enter the profession are swiftly confronted by the reality of the low fees and this rapidly drives out all but the most financially secure”. Around one in eight pupil barristers at criminal sets “already felt they would be unlikely to be able to sustain a full career at the bar”, according to a survey earlier this year.

Whether it’s recruitment or retention, the result is the same: an ageing pool of increasingly stressed-out criminal defence lawyers wondering where the next generation is coming from.

In the second instalment of this special two-part feature, out later this week, we hear from law students themselves about whether all the horror stories about criminal practice are deterring them from going into the profession.