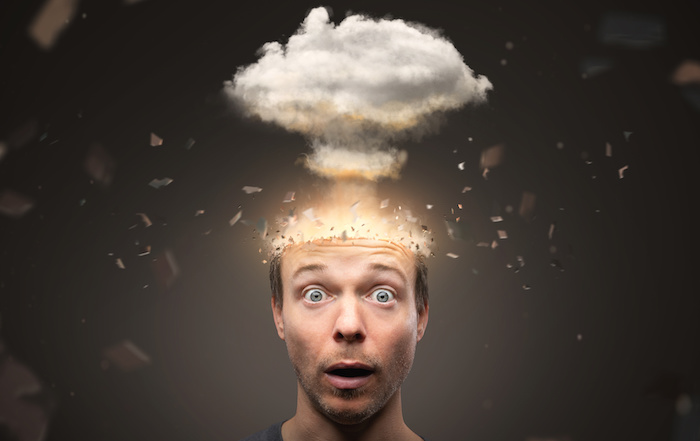 The City associate salary war is showing no signs of abating. Akin Gump has made tweaks to its conversion rate that place its newly qualified (NQ) solicitors at the very top of the NQ pay table — for now.

The new exchange rate is understood to apply from April to June, as the firm is said to review the rate every three months. The new London NQ rate could hold or fluctuate from July.

Those further up the ladder are cashing in too. Lawyers with one and two years post qualification experience (PQE) are set to earn £172,000 and £191,000, while those with three years PQE will now earn £225,000. Check out what other firms are paying associates beyond NQ level.

LC bro you were doing so well today with the salary bands article . . . 😓

Why’d you have to ruin the vibe with the same rinse & repeat stuff? 😟

Nevertheless, more NQ money is always good, it trickles down to other firms hopefully 🤷‍♂️

You’d get more trickle down from peeing in a urinal.

As these firms grow they should really increase their TC offering. Offering limited TCs then poaching from other firms (who offer better training) at NQ level takes the mick.

Takes the mick out of who or what?

It’s a paradoxical issue because it doesn’t look like one when you look at it close-up. In and of itself, it harms nobody. But if every firm starts taking the view that training lawyers is a waste of time and resources, it leads to a situation where an insufficient number of actually-skilled trainees are actually being produced, which negatively impacts the overall status of London as a services hub, and makes junior lawyers catastrophically overworked. We’re already reaching that point in some subsectors of the recruitment market – for example the City doesn’t train anywhere near enough capital markets lawyers compared to the demand for them (particularly amongst US firms) so London is quite literally running out of competent ones, and having to go to Australia/South Africa/Brazil for them.

The uncomfortable truth is that this is unsustainable. The skyrocketing salaries are symptomatic of a situation where transactional law is becoming more and more demanding upon junior lawyers (an expectation of constant availability, more timezone-straddling work, increasingly complex regulatory underlay), junior lawyers are more unwilling than ever to put their entire life into an otherwise unfulfilling job, and firms don’t have enough people to do the work but are committed to an endless increase in PEP. At some point even the salaries aren’t going to be enough to keep people doing it or convincing people to come to Britain to do it – and at that point the legal sector is probably going to implode. Fortunately that’s at least 20 years away, and there’s a good chance that legal tech etc. may have made the job palatable again and cured the retention issue. Of course the flipside is that legal tech may also end up taking everybody’s jobs…

“Legal tech” is a joke. Firms can talk all day about their AI doc review software that in reality still requires trainees to do Ctrl + F.

Why would I get my hands dirty when I can just pluck my pick of the bunch from the MC on qualification?

Doesn’t include bonus either

Are in house salaries now rising to match the rapid growth of private practice salaries? Even if a gap is to be expected, it should not be expected to grow.

In house salaries are stagnant, in fact, they’re barely keeping up with inflation. That’s why some in house are moving to PP. Needs to be stepped up

i can’t believe that a change of USD:GBP conversion at a two-bit US firm that barely offers any TCs warrants its own article on LC nowadays

The solution’s obvious then isn’t it, qualify somewhere else then lateral…

In-house salaries? Where are the in-house TC?? Do any PE firms or funds offer TCs?

Sorry to burst your bubble

How hard is it to get an offer from one of these US law firm TCs with <10 trainees? Please comment if you've had any experience. Many thanks.

Pretty easy if I made it lol

Did you go oxbridge or another top uni (with 1st or high 2;1) not socially inept and have some extra curricular activity and some awareness of law, the firm and commercial affairs? Then you have a very good chance.

2:1s outside of Oxbridge and London are not worth much nowadays with grade inflation. Many are 2:2s in reality.

Step 1: train at a middling UK firm and qualify into corporate, banking, funds or restructuring.

Step 3: apply to relevant firms either directly or via a recruiter.

Trying to plan my TC life

Out of those departments, which has best work life balance

A clear gap seems to be forming between the proper Wall Street US firms paying 160k+ at NQ, and a chasing pack of US firms (Cleary, Weil etc – whom I think are around 140-145k at NQ). The gap only seems to get wider up the scale. An Akin 7PQE is now doing £315k to c. £240k at Cleary, Weil etc, an £85k difference. Not sure what the sell is going to be for new graduates to join these lower tier US firms. You are not doing better much hours at the lower tier US firms than at Akin.

Cleary and Weil are lower tier US firms? Are you dumb? Lol

What firm are you at?

Not in prestige in the US, but there is certainly a huge gap in what they are paying in London.

or better hours… full stop? at that point it comes down the practice area/team/partner/attrition, not whether you’re at a “lower tier” US firm

If you really think that Cleary, Weil etc. are not “proper Wall Street US firms” then you’re not a serious commenter. Especially since your benchmark appears to be Fried Frank and Gibson Dunn.

Yes, they’re lagging behind in pay. But that’s about it.

This is the point, genius. Why are they lagging behind in pay if they claim to be the top tier of US firms?

If what you mean by that is that GD is a Cali firm originally, sure (and then Latham is likewise not a “proper wall street” firm). Otherwise GD has been a V10 firm for over a decade, as opposed to Cleary/Weil/FF, and is widely acknowledged as a world leader in lit/arb. That holds true in London if you work in disputes, anyone with an even elementary knowledge of the market knows that.

But yeah the fact some of the Milbanks and Akin Gumps pay over these top US firms in London is a weird quirk of our market.

The most grating thing for associates at Weil, Cleary and Quinn is that they are not even close to being “lower tier US firms”. All are top 15 in the US (far better ranked than Akin (30th) and Milbank).

So while what you say is largely right, the question is really why lower tier US firms are, in some cases, paying more than higher tier ones.

You are right that there is a gap in salaries, but you are wrong to say that is linked to whether the firms are ‘real Wall Street firms’. Some of the highest paying firms, Akin, V&E and Goodwin for instance, are not traditional Wall Street firms.
I only make the correction for the benefit of those who might read this ahead of an interview.
The analysis suggested above, that lower ranked firms are paying more, is more accurate. By the way, this is not novel in London, V&E and Akin have for a few years been up there with the best salaries. Goodwin on the other hand is clearly making an expansive push, it seems to me they are trying to line up against Kirkland and Lathams in the long term.

Is it harder to get a TC or VS at city and/or US firms?

Depends on lots of factors
From my experience, trainees at US law firms tend to be older than MC trainees – US firms seem to value worldly experience, career switches etc as compared to the MC/similar which like to mould younger trainees on the whole!

Qualified paralegal here who is struggling to find a job. H.E.L.P

Gibson Dunn did a big jump recently- what is its London office like? Obvs got a good rep in the US, but how good is it’s London offering?

But Is this rate not for 2021 qualifiers, which this year would be 1pqe? I recently had a friend who was offered 161,500 by Goodwin as a 2021 qualifier, but this year they would be a 1pqe. So do they pay their NQs and 1pqes the same?