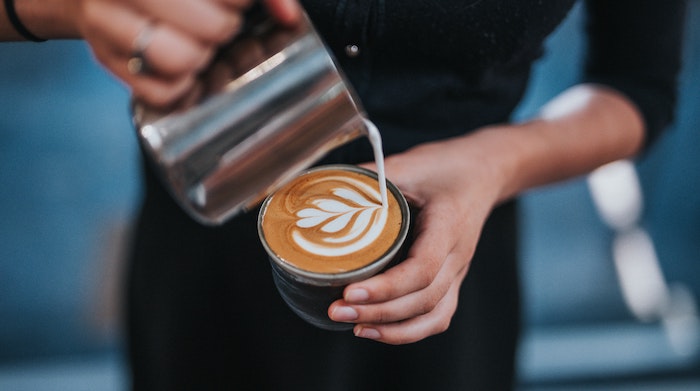 As criminal barristers prepare to go on an indefinite, uninterrupted strike next month, one has revealed how they earned more working as a barista.

Garden Court North Chambers’ Rosalind Burgin, 28, says she earned around £10,000 in her first year working as a junior. This, she claims, is some £7,000 less than she did grinding beans and frothing milk down her local café.

While accepting first year earnings tend to be on the low side, Manchester-based Burgin says criminal barristers “still need to be able to live”.

The lawyer’s comments come just days after criminal barristers across England and Wales voted overwhelmingly in favour of uninterrupted strike action in protest over government set fees for legal aid work. This is major escalation of the current programme of alternating weeks of strike action implemented in late June.

“I love working in criminal defence, and it’s heart-breaking that we have to do this, but there are no options left now,” Burgin told the Independent. “It’s not just about the pay, the work is really unsecure as well.”

“At least working at a coffee shop you knew what you were getting and it was secure. I knew I would get paid for 10 hours work, whereas now I don’t know how much I’ll get for 10 hours.”

The government has offered a 15% uplift in fees from the end of September, which it says will see the typical criminal barrister earn around £7,000 more a year. But the Criminal Bar Association (CBA) says this is insufficient and is asking for a 25% rise in legal aid fees, following years of swingeing cuts.

Burgin isn’t the first barrister to draw comparisons in the pay department.

In 2019, Chris Henley QC, then chair of the CBA, suggested some criminal barristers may be financial better off if they turned their hand to flipping burgers in McDonald’s.

Sign up to the Legal Cheek Newsletter
Barristers Legal aid

Cry me a river. Instead of spending your time whining to the liberal media why not go out there and try to earn some more money. It’s what the older generation did. Nowadays everyone is a big kid crying for attention instead of getting on with it.

At this point I’m really not sure if “Alan” is just a professional troll, they seem to be commenting on every LC article with an insensitive comment that shows a total lack of empathy or understanding.

Oooh look at Alan, he’s”GeTtiNg oN wItH It” instead of asking to be paid fairly for a challenging and essential job.

I thought it might be the His Right Eminence the Lord Harlequin?

A very sad comment that only says something about the commenter who took the time to write those empty and bitter words than anything else (and regardless of one’s views on the issue).

Wow looks like the woke police is out in force, having forgotten to read the part of the manual which talks about free speech. I guess I’d better get my favourite pronouns and allergy preferences ready for my humanist prison sentence.

Others have the freedom to disagree.

How is disagreeing with you an attack on your free speech? It isn’t.

Alan is a poo pants!

Oh Alan, my friend, why are you so glum?
Whilst you are here, lets have some fun.

If your defence is planned on a burger box,
Then cry me a river when you’re sent down from the dock.

Life, liberty, and the pursuit of happiness,
Cannot be saved by a brief full of crappiness.

Working is court is a serious job.
You may not realise this, but don’t be nob.

Educate yourself on the time it takes,
To prepare, to present, for your clients sake.

And never forget that if you get in trouble,
It’ll be one of us that’ll be there on the double.

If that does happen, look me in the eye,
And ask me to abandon you to serve apple pie.

Good luck to you dear Alan, we wish you the best.
Your keyboard awaits, we won’t read the rest.

If you are a troll get some help because it’s not a healthy. If you’re not a troll get some help because you clearly have significant issues. Not here to comment on what you have to say, res ipsa loquitur, but it comes across as though you are a very angry person with limited reasoning and analysis faculties so would recommend you use your energy to address that rather than writing very silly things online.

I understand the sentiment of “if you don’t have enough money go an earn some more” and plenty of barristers do just that by diversifying their practice with housing or family law etc. People in other walks of life do the same by getting a job in a bar etc.
However, the point of the barrister strike isn’t just to get more money for existing barristers, it is to ensure it is an attractive option for graduates and pupils in the future. This will be obvious to some, but without criminal law being an attractive, or even viable, option, no one will become a criminal barrister and the criminal justice system will collapse. And unless you’re after some sort of Mad Max future, I’d suggest the CJS is something to protect.

Far too many people are forgetting that criminal barristers are an essential part of the justice system in England and Wales. Hearing stories about offensively underpaid and overworked barristers does nothing for recruitment, and the reason there is so much pressure is because there is a shortage. It’s a vicious circle. Pay barristers properly for the work they are doing and you won’t have this issue.

At least at Magic Circle and big US firms, you know that, whilst you are being overworked, you’re also being paid insanely well for it.

Bit difficult to ‘get on with it’ when you’re working all the hours god sends and can’t even afford to eat each mealtime.

Does this barrister / barista realize that as she “moves on up to the east side” as a barrister, her earnings AS a barrister will be MUCH more than a barista? Does she have no patience? Or is she indicative of those young whipper snappers who expect to earn 6-figures their 1st job?

Well go off to Starbucks. Plenty of ordinary self employed people have to get by at the beginning while their business grows.

This article is omitting the fact that the likely reason she got paid so low in the first few years is because of the magistrates court fees which are paid to junior barristers by solicitors. Contrary to strike PR, these are not rates which are set by the government, but rather from an agreement made possibly a million years ago by the LCCSA, CBA and the Bar Council. This is part of an exchange so that senior barristers get good briefs from solicitors in exchange for juniors doing their mags court work for pennies. It only has a very little bit to do with the government. If this strike achieves its aims, this payment arrangement will NOT change for junior barristers. So please stop pretending this strike is looking after the interests pupils and junior juniors, cos it ain’t! p.s i quit.

Possibly the most considered comment I’ve read on any of these threads, thank you!

You can call me Al

Was this person forced to work as a barrister against their will? If not then their choices are not our problem.

I hope you are ok bro. This article really seems to be eating you up x

Thankfully the government is going to respond by extending advocacy rights and expanding the role internal CPS prosecutors. This will accelerate the realisation that a swollen publicly funded criminal bar is a luxury we do not need.

expanding the role of internal CPS prosecutors… save us all! It should really be the CPS prosecutors striking about the work conditions, pay, and a whole array of other issues that the CPS is ridden with! I do not believe it for 2 seconds that those prosecutors want a further expansion of their advocacy rights. Only those that have never spoken to CPS advocates could have such an ill-informed opinion.