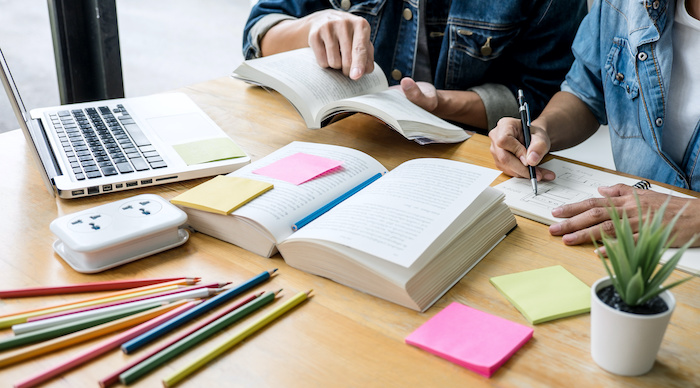 The results for part two of the Solicitors Qualifying Exam (SQE) have been released today, with 77% of candidates successfully passing.

The first batch of SQE2 exams were sat by 726 candidates across 24 countries and assess wannabe lawyers on practical legal skills including advocacy, research, drafting and client interviewing.

There was a mix of candidates sitting SQE2. Some had previously passed SQE1, which saw a 53% pass rate, while others were exempt from needing to due to their previous qualifications or legal background.

The Solicitors Regulation Authority (SRA) acknowledged that like with pass rates for SQE1, there was a “troubling” difference in performance by ethnicity. Eighty-five percent of white candidates passed SQE2 compared to 72% of Asian/Asian British candidates. The pass rates for Black/Black British and mixed/multi-ethnic groups were 53% and 92%, respectively.

On this, chair of the SRA Board said: “We have again seen the troubling and long-standing pattern of differential performance for certain groups, particularly Black, Asian and minority ethnic candidates. We have commissioned the University of Exeter to undertake in-depth research into the factors driving the attainment gap for these groups in professional assessments so that we can consider next steps. The data from multiple SQE assessments will also help to provide better insight.”

The regulator also noted that candidates with a higher undergraduate degree classification achieved a higher pass rate. For example, aspiring lawyers with a first-class degree had a pass rate of 92% compared to 57% for those with a 2:2, while pass rates among apprentices was “well above the overall pass rate”.

A higher proportion of female candidates passed (79%) compared to males (75%) and those who had completed some Qualifying Work Experience “also generally did better”.

“Overall, I felt the SQE2 exams were appropriate for a high-stakes, competency-based exam used for professional qualification. I was reassured and satisfied that the tasks set were valid and that the pass/fail grades awarded were fitting of the standards and competency expected of a newly qualified solicitor. I observed good levels of planning and preparation and a great deal of care and attention in setting valid and reliable assessment tasks.”

If these results were the other way around (ie, if it were males outperforming females) we all know that this ‘gap’ would also be described as ‘troubling’…

I’m not clear why it matters what gender those who passed are, or what their race or ethnicity is. Might as well survey what their inside leg measurements are or if they prefer blue or yellow m and ms.

Yeah it’s a bit weird, don’t like how it make it seems that other ethnicities are “smarter” when it comes to passing a test

The truth is that they should care about individuals’ financial situations. I am sure that discrepancies will explain more than comparing ethnicity and sex. I am not sure why they want to divide people into such a small matters whilst the reality is that some students could not afford studying with providers, fee-paying schools or simply had to undertake hours of hard work to pay their rent whilst studying.

I think the only metric that should matter is the socio-economic background of the candidates, which, given the higher percentage of non-white people from poorer backgrounds, would also likely shine a light on why non-white British candidates have not performed a similar level. Why? Because those from disadvantaged backgrounds face legitimate obstacles that could potentially be addressed.

Congratulations and well done to all those who passed! The SQE2 exams were particularly brutal so hats off to you for a fantastic achievement.

To those thinking about sitting the exams, save up and sign up with one of the preferred providers – BPP/ULaw. Barbri will not cut it.

Respectfully, I passed both exams while studying with Barbri. So did many other people that I’ve spoken to.

There are clearly some differences between the providers but I would say that Barbri is a good choice, especially for those who prefer more online style delivery.

I also passed both exams in the first quintile with Barbri. I highly rate them.

Is all of SQE multiple choice?

No. MCQ format is only used for SQE1.

In contrast, SQE2 includes a variety of tasks such as advocacy, client interviewing, legal drafting, case and mater analysis, etc.

“For example, aspiring lawyers with a first-class degree had a pass rate of 92% compared to 57% for those with a 2:2”

In other news, water is wet