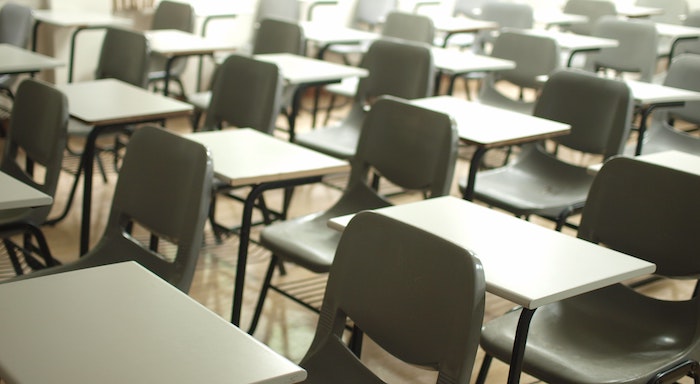 In the latest instalment in our Career Conundrums series, one solicitor hopeful is keen to know more about law firms’ attitudes towards A-Levels. 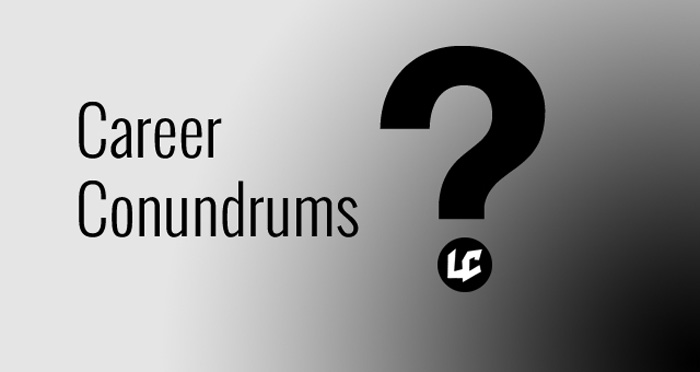 “Hello, my name is [name removed] and I aspire to be a lawyer one day. I just wanted to enquire whether law firms really care about the subjects I study at A-Level? Or are the grades the only thing they’re concerned about?”

It was recognised. As a degree for the flakey who chose not to do a real A level.

I got an A in General Studies without ever attending a class because I was busy taking another A-level (pre A* era).

Having a basic general knowledge about the world around you is enough to pass it.

You have your whole life ahead of you. Why do you even want to be a lawyer ? Study STEM subjects, then become a software engineer or hedge fund manager instead.

Trainee at US firm

Personally I don’t think they care what subjects you do. Most firms will say that they don’t include subjects such as General Studies when assessing if you meet the academic requirements, so just check that. The grades are what matter.

Therefore I would suggest do something you like- if anything it is better when you do interviews (even for example, in paralegal recruitment) to actually be able to speak about what you liked when you were studying and why. It makes it easier for the firm/company to get an idea of who you are as a person.

Subjects < Grades. Peers who studied law at a level discussed that they didn't need to in hindsight, although it does depend on your uni of choice.

No, they only care about grades. What’s much more important is choosing the right A levels for the course you want to do at university.

For example good economics courses require maths A level, so start thinking about what you might like to study at university.

No, actually, you should aim for a mix of A Levels. You’ll be asked about grades at interviews, rather than subjects themselves.

No need to take English/History either. However, your university may require this.

A huge number of MC lawyers do not have a law degree . Almost 50% did degrees in subjects such as English / History before a GDL .

Do whatever A-levels you are interested in as you’ll have more motivation to study those subjects. My experience is that law firms care more about grades than specific subjects… ideally go for academic subjects where possible (so languages, sciences, maths, humanities are all ideal)

So long as you don’t go for three lots of dross (e.g. Film Studies) then you’re fine.

No. They also don’t care about what modules you do at uni. Find a good blend of something you enjoy that’ll get you good grades.

Don’t listen to the snobs here who argue otherwise.

Tip of the day

Here is a handy tip for life, never listen to anyone who uses the words “snob” or “posh”.

Nope. Get the best grades possible to get yourself into Oxford or Cambridge. That is worth 100x more than what subjects you do at A-Level.

That used to be the case but the wokists have messed up the proper order of things by monstrosities like contextual recruitment. Postcodes mean more than talent, especially when school examinations fail to adequately differentiate among the top 10%. Oxbridge cannot guarantee the supply of the nation’s elite in the future. Sad times indeed.

Oxbridge as an academically ‘elite’ institution is only 70 years old or so. Before that colleges typically had a number of big feeder schools and took anyone willing to pay. Only scholars were really there on merit (of which there were admittedly quite a lot). Go back another 150 years, and they were the only universities. It never was much of a guarantee of the “supply of the nation’s elite” that you think!

And for what it’s worth, I’m terribly sorry if your children were rejected but it probably wasn’t because of reverse discrimination…

Thanks for the irrelevant pseudo-history lesson which still confirms Oxbridge has always been the top place to go and always had the elite students attend. The scholars comment alone makes the point, after all it is the top 10% or 20% that are the key elite at Oxbridge. But now many in that tranche are effectively blocked from Oxbridge, regardless of talent, when selection on merit has been abandoned for in favour of a leftist social engineering programme. This is not “reverse discrimination”, it is simply discrimination against the best qualified and able simply because of who their parents are or where they lived. The thresholds for entry once adjusted for nonsense social factors make it impossible for some students to get a place even with a perfect set of exam results. That is a national disgrace.

By the way, the last sentence was as classless as it was inaccurate. It is what we expect from the woke, however.

Your understanding of contextual recruitment is incorrect. If someone achieves an A* at Eton, it’s not as impressive as someone who receives an A* at a school where the average grade is D. It should be obvious why this is more impressive but if it’s not, those who are spoon fed their whole lives don’t actually tend to make the best lawyers, and firms have worken up to this.

The rejected ‘elites’ are rejected as some from less fortunate backgrounds (without tutors and the like) are wiping the floor with them. Has nothing to do with ‘postcode’ alone, you are just salty your biased advantage has been taken away. Boo hoo.

*woken up to this. Apologies for the typo, your idiocy enraged me.

P.S. being woke is being aware of social injustices. It’s extremely telling when people are anti-woke. I’d place money on you being a posh little white rich boy who doesn’t get everything handed to you on a plate anymore and that makes you MAD.

MC, I am nothing like what you assume me to be, unless you including the state school educated council estate raised within your meaning of “posh” ( “posh” being word which of itself is a huge red flag for prejudice). The idea that an A* is worth more because of postcodes or schools is patronising to those that achieve from the state sector.

But you miss the point, being a law firm recruiter, we are talking Oxbridge not a law firm. The law firms have to recruit so many each year that there is a need to cast the need widely and everyone with the adequate grades will have a shot. In that regard the use of these discriminatory practices at that stage by firms is less irrational.

But for the very best getting straight A* is a walk in the park, and the English exam system does not allow proper means of differentiating between such candidates when they apply to tertiary education. Contextual practices effectively bar candidates from certain backgrounds getting a place at all now, because so many are ahead of them in the queue on woke joker card points. The playing field has been tilted far too far against talent and in favour of social engineering. There have been horror stories of applicants finding, after a lot of FOI work, that they were never going to get a place at the college to which they were applying because of these woke practices.

Making Oxbridge inaccessible because of social background is wrong and the nation is losing and will lose many great talents now that so many top candidates who are victim of contextual recruitment are heading to the US for college. And we are talking about the sort of candidates who choose what MC to go to, if that was their inclination. Wokism is much more insidious that you say and you know it, it is creating education injustice based on prejudice and false data.

Oxbridge don’t recognise certain A levels ( media , creative writing , drama etc ) infact anything that’s not academic . A mixture is good ( include Maths and a science or language ) .

In a world of blind recruitment it is always handy to send the right signals to employers by any means possible. With that in mind Latin is a great option. Tagging on Ancient Greek too is not necessary for these purposes, though it might be the basis for some lovely interview chit chat.

Are there A Levels in Lambo Studies now? Maybe one on where to holiday with the nouveau rich? The ins and outs of vintage Krug? If not then the ‘land at least won’t mind.

You know the new money type at the prep school sports day. A quick check to see who their kids are and make sure the little darlings steer well clear of them.

As an early careers recruiter, we don’t consider what subjects you do. Our apprentices and trainees have a whole range of interests and skills which is a real strength for us. We only look at a-level results for school leaver apprenticeships – not subjects and for graduates we don’t consider a-levels at all.
So it depends on the firm. Best of luck in your studies.

Take subjects that you are genuinely interested in. However, I would say that subjects like history, English, politics etc. are always going to be well received by law firms. When I was in college, I was dissuaded from taking law a-level as I had heard that some firms and universities didn’t like it. I ignored that advice and took it because I loved it, and still got a TC offer from a silver circle firm.

Despite what people say elsewhere it remains wise to do 2 and ideally three hard (facilitating) subjects rather than knitting studies, pottery and art. I did History , English Lit and German for example. Never do law A level. Look at the A levels offered my state grammar schools and the most academic private schools and let those be your guide but don’t pick the 3 less traditional ones even those firms might offer like art and music. Always have 2 or 3 hard ones.

Was that last sentence part of a bet?