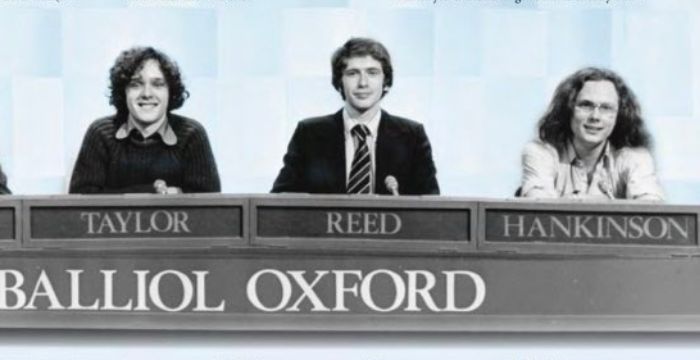 Legal academic and Oxford contemporary Simon Lee (Oxon 1976-79), posted on Twitter what appears to be the features section of a Balliol College newsletter.

In an academic paper published in 2016, Lee reminisces about his time being tutored as an undergraduate at Balliol College, Oxford by the “world’s leading legal philosopher” the late Joseph Raz contemporary.

Enjoyed #universitychallengeat60 but they missed a couple of @BalliolOxford captains: Robert Reed, now President of @UKSupremeCourt, & @jamessflee who not only led from the front but who also might well have nominated Baker more than any other captain has ever nominated anyone. pic.twitter.com/uJdHEYNYdA

Lord Reed studied law at Edinburgh University and went on to undertake doctoral research in law at the University of Oxford. It is unclear how successful the now Supreme Court President was on the show, but we do know Reed could not steer Balliol College to the final.

Sign up to the Legal Cheek Hub
Lord Reed

Such a shame Oxbridge has to be handicapped in the show by only being allowed to enter college teams. Varsity squads would make the final a near dead cert most years. I notice for all their bleating about being a collegiate university, Durham enters a unitary team.

Durham enters a unitary team because tuition isn’t college-specific – e.g. for law everyone is mixed into the same groups of seminars, rather than having small in-college seminars/“tutorials”. I imagine this type of thinking may have cost you a place at Oxbridge, assuming you were bright enough to be able to apply. Mind you I was also rejected and went to Durham, but I got these sorts of basics right at least…

My knowledge of Durham is limited, as I didn’t need to bother about the safety schools when I made my applications.

But if that is the case why does Durham and its graduates witter on endlessly about it being collegiate? Is it just a function of their insecurity?

What happened to Mr Hankinson? Does he he still sport that triumphant barnet?

He dropped out of his PhD to become a full time hair model. He was raking it in for a few years until punk killed his career dead. He eked out a meagre existence on out of fashion catalogue work until tragically he started balding in his early 30s. Though he had no other qualifications or career, luckily his father and grandfather were both Tory MPs and Etonians, so he switched to Parliament without batting an eyelid where he has been an MP for a safe seat in Hampshire ever since. He has a keen interest in pubs and hair modelling and is married to his third wife, Felicity.