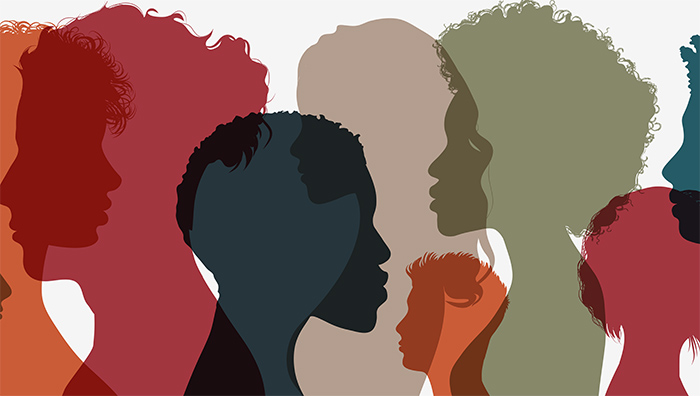 This year marks 35 years of Black History Month, and the theme is ‘Time for Change: Action Not Words’. For the first time in 26 years, I publicly embraced my Nigerian name: Omobosola — which is a native name from the Yoruba Tribe that signifies that a child has entered wealth. It took me a long time to appreciate the beauty in my Nigerian heritage and the prophecy behind my name, but now that I have, it’s about reminding others to do the same — not just with their native names, but also their culture, heritage and non-traditional backgrounds.

The struggles and successes of Black lawyers can only inspire and propel others to achieve more. So, it’s important to pay homage to those who are paving the way for tomorrow’s lawyers and recognise that we are standing on the shoulders of many unsung heroes and heroines.

Hashi Mohamed came to the UK as a child refugee and attended state schools. Despite this, he made it to Oxford and is now a successful barrister at No.5 Chambers, a best-selling author and public speaker.

Mohamed is inspirational because he uses his unique experiences to educate us about social mobility in today’s Britain. He’s unapologetically himself; he’s not ashamed of his background but instead uses it to inspire others. He’s living proof that Black people from deprived backgrounds who face challenges can still change their destiny and live successful lives. It’s not where you start, but where you finish.

He’s also the author of People Like Us, where he touches upon modern Britain and how we, as a society, could change it for the better.

She’s inspirational because she’s worked her way up to being a partner in the legal profession, despite significant career obstacles due to being a Black woman in a male-dominated industry and a single mother.

A well-recognised diversity champion within the UK, she’s an active member of the Black Solicitors’ Network and Women Lawyer’s Division of the Law Society. She has been an Association of Women Solicitors member since 2000. She’s determined to promote diversity to the best of her ability across all fronts, including gender.

Christian Weaver is a barrister at Garden Court North Chambers and author of The Law in 60 Seconds: A Pocket Guide to Your Rights. Born and raised in Nottingham, with the mixed ethnicity of half Antiguan, quarter Nigerian and quarter Jamaican.

At the age of 27, he’s already a Tier 1 ranked rising star barrister who regularly advises and represents individuals acting against state bodies. Having previously worked at INQUEST and Liberty, Weaver has a unique insight into the mental, psychological and emotional harm that an individual can face following a negative interaction with the state — this insight inspired his The Law in 60 Seconds book. Over the years, the statistics and report highlight that Black people have been disproportionately affected by policing for decades, with most interactions with the police being unfair or harmful. Weaver’s book empowers its readers by educating them on what their rights are so that if they’re racially profiled, they will be well-equipped to defend their rights better.

Pauline Campbell‘s parents left the peaceful shores of the Caribbean to settle in East London where Pauline was born. At the tender age of 15, Campbell was told she wasn’t “A-level material” and dropped out of school. Today, she’s a senior litigation lawyer for Waltham Forest Council and is also the author of the full-length memoir on race and identity called Rice & Peas and Fish & Chips.

Campbell is inspirational because she defeated the odds; she worked 24-hour weeks alongside studying for her law degree. Campbell’s success story serves as a reminder that it doesn’t matter when you qualify but just that you do. To aspiring lawyers surrounded by the hustle and bustle of the City, qualifying can often seem like a non-stop race, but Campbell’s story provides this gentle reminder that it’s not a sprint, but a marathon.

Mass Ndow-Njie has two full-time jobs — he’s an award-winning barrister practising at 7BR, and the founder and chair of Bridging the Bar — an organisation committed to increasing equality of access to opportunities in the legal profession for underrepresented groups. From an early age, Ndow-Njie didn’t believe that a career at the bar was feasible largely because he didn’t fit the conventional image of a practising barrister in a bar which lacked diverse representation.

Ndow-Njie is inspirational because he refuses to hide his differences — he’s proud of his unique Gambian background and his interests. He makes having a career at the bar work for him, as opposed to working to fit in at the bar. People of colour constantly feel like they have to shrink their identities; there’s that pressure to change how we look and talk to fit in. Mass challenges us to ask ourselves: why try to fit in, when you’re born to stand out?

Alexandra Wilson (aka the ‘Essex Barrister’) is a criminal and family barrister from Basildon at 4PB. In 2020, she went viral for tweeting her disdain after court staff mistook her for a defendant three times in one day. Her tweet sparked rage from the general public, with many people accusing the UK court’s system of racism. Her tweet also opened the floor for other Black barristers to share similar experiences of being mistaken as a defendant in court.

Wilson is inspirational because she refused to put up with the discriminatory assumptions of others. Instead, she used the prejudice she experienced to push the English courts to reflect on the actions they could take to tackle and stamp out discrimination. Wilson is also the author of In Black and White: A Young Barrister’s Story of Race and Class in a Broken Justice System. The book follows a teenage Wilson whose family friend, Ayo, was stabbed to death on his way home from football. This traumatic experience compelled to enter the legal profession in search of answers. Alongside her paid family and criminal law work, Wilson helps to facilitate access to justice by providing legal representation for disenfranchised minorities and others on a pro-bono basis.

Courtenay Griffiths KC is a member of Wyeth Thomas Chambers. A Jamaican-born British barrister, he’s well known for his high-profile criminal defence work, having worked on numerous terrorism cases, the Damilola Taylor murder trial and as defence counsel for the former president of Liberia, Charles Taylor, in The Hague, Netherlands. I had the pleasure of interviewing him four years ago in my second year at the university and shadowed him in the Old Bailey.

During the interview, it didn’t feel like I was speaking to a part-time Crown Court recorder (effectively a part-time judge); it felt like I was talking to my favourite uncle. Griffiths is inspirational because of how down-to-earth and relatable he is, whether speaking to a judge or a law student. Seeing Griffiths take so much pride in listening to reggae music and eating Jamaican food reminds us not to forget our roots, no matter how successful we become.

In addition to being a part-time Record in the Crown Court, Griffiths also chairs the Public Affairs Committee of the Bar Council and has worked for several years as chair of its Race Relations Committee.

Elaine Banton is a barrister at 7BR. She grew up in Hackney in a single-parent family, and from the outset of her career, she has set out to improve access and retention at the bar. A long-serving member and co-chair of the Bar Council’s Equality Diversity and Social Mobility Committee (EDSM), she’s also a member of the Bar Council’s Race Working Group, an organisation which she helped to establish.

Banton is inspirational because she contributes to various equality and diversity initiatives and offers guidance on these issues for members of the legal profession, such as race awareness training, mentorship and the Race Report to effect meaningful change. Her remit includes all protected characteristics, and the various projects undertaken operate, lifting the sails of many underrepresented groups.

Ayanna Nelson is a criminal and regulatory barrister at 7BR. Born and raised in West London, she has a dual British-Grenadian nationality. She qualified in the UK before spending five years practising as an attorney in Grenada. At one point, she was one of only two female criminal lawyers in Grenada and quickly became one of the island’s go-to legal professionals for representation in sexual crimes. Nelson spent much of her childhood in Grenada and was the first in her family to attend university.

When she’s not in court, she’s encouraging university students to come to the bar and is a mentor to a lucky few. Keen to give back to her Inns of Court, she has helped aspiring barristers with their pupillage applications and to successfully obtain pupillage offers.

Bibi Badejo is a family barrister at 4 Brick Court and is a bencher at The Honourable Society of the Inner Temple, where she conducts advocacy training. In 2021, her dedication to helping others develop their courtroom skills led her to launch The Advocacy Podcast.

As founder and host, Badejo interviews lawyers from different parts of the world and various practice areas about their careers, advocacy tips and practical advice that can be implemented. Her podcast is a subtle reminder that advocates are trained and not born. She reminds aspiring lawyers that everyone, from pupil barristers to silks, could do with some coaching, and there’s no shame in that. She’s also the founder and creator of The Advocacy Coach, which provides advocacy training to lawyers worldwide.

This is so kind of you guys.