From Lviv to Edinburgh 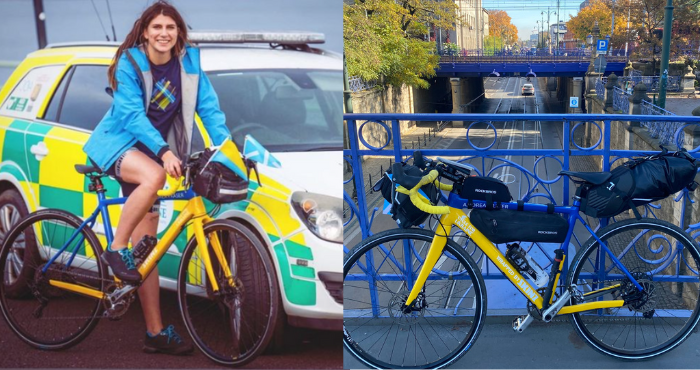 A Scottish human rights lawyer, who went out to Ukraine to help deliver aid to the war-torn country, has cycled 1,250 miles back to her home in Edinburgh to raise money for charity.

Andrea Fraser, 31, set out to Poland in October with the aim of delivering supplies and equipment to local volunteers in Lviv in the west of Ukraine.

The Glasgow law grad, whose legal career includes stints at Scottish outfit’s Brodies and Anderson Strathern, did shifts driving an ambulance loaded with maternity supplies to the city that has been attacked by Russian missiles.

Having helped to bring thousands of pounds worth of aid across the Polish-Ukrainian border, Fraser then began a gruelling three-week 1,250-mile bike ride back to home to raise funds for Baby Lifeline, a charity which promotes the safe care of pregnant women and newborn babies.

Her journey took her through Poland, the Czech Republic, Germany, and the Netherlands with the very last leg being from Berwick-upon-Tweed to Edinburgh and included plenty of “difficult days of pedalling up relentless hills in the pouring rain and coming off my bike.”

She told BBC News: “There were days when the cycling was really tough, but it was nothing compared to the levels of discomfort and risk that people in Ukraine are going through.”

The most lovely thing happened this evening

On my journey from Ukraine to Scotland by bike #cycleforukraine #Ukraine pic.twitter.com/rtYCCkQCjk

But Fraser also relished the opportunities of her cycling odyssey: “there have been beautiful days, like the one on which I arrived in Wurzburg, Germany, and was invited to spend an evening with members of the local Ukrainian community there.”

At the time of writing, Fraser has raised over £7,000 for Baby Lifeline. You can support the charity’s work here.