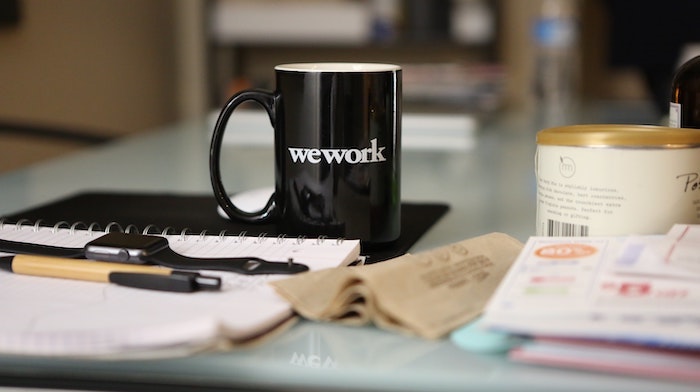 Squire Patton Boggs (SPB) has revealed that it will be moving to temporary office space after spending just two years at its current London address.

The firm’s stint in a WeWork will only be for “as brief a period as possible”, the firm said. It then plans to move into new City HQ at 60 London Wall in March 2023.

It appears that Squire’s current pad on Premier Place, which was awarded an A rating in the Legal Cheek Firms Most List scorecards, was not premier enough for SPB’s ambitions in the City.

The transatlantic outfit told Legal Cheek that its “London office and practices have grown and developed significantly in the past four years”, leading SPB to jump at the opportunity to switch to “improved premises at a prestigious address”.

The 2023 move will see the firm take up two floors with roughly the same square footage as it has at Premier Place. However, there will apparently be considerably more usable space with “state-of-the art” client meeting space and facilities to support the firm’s plans for “long-term future and growth in the City”.

According to a SPB spokesperson, the 60 London Wall gaff will continue to utilise an open-floor working environment which is “very popular” with the firm’s staff at the moment.

News of the office comes just weeks after the firm unveiled a new flexible working policy that requires all its staff to come into the office on Thursdays.

Elsewhere, Magic Circle firm Clifford Chance looks set to be making a return to the City once its Canary Wharf lease ends in 2028.

Er no. My understanding this is simply poor planning and WeWork we’re set to inherit the existing premises but the management was so cheap and tight it didn’t get its act together to move sooner.

So they’ll be working in a WeWork for the foreseeable future and they have absolutely no idea when the new premises will be ready, they can’t even guesstimate a few months. It might be a year or more. Which is about as long as the average associate spends there nowadays given that they pay bottom of the market and can work literally anywhere else for more money and better hours with a better firm culture.

Also the quotations around the open plan being “popular” is a laugh. Since when has anyone ever preferred open plan to having their own office. I know people there and who have come through that rotator belt of a firm who absolutely despite the open plan. Having meetings in public. Having phone calls be interrupted. Having people walking around in the background while you pretend to be a lawyer on a Zoom call.

Additionally if the newer premises is supposed to be the same size, and it’s still open plan, the idea there’s a load more usable space is obvious bollocks.

Mmm delicious telling it how it is.

Heading for the door soon

“According to a SPB spokesperson, the 60 London Wall gaff will continue to utilise an open-floor working environment which is “very popular” with the firm’s staff at the moment.”

Said literally no one ever. This is utterly laughable PR-spin horsec*ck, and would be even more entertaining if only I wasn’t still stuck at this miserable, joyless pit of a law firm.

SPB is the Everton of City law firms, absolute laughing stock that thinks way too highly of itself

Can anyone recommend a good air freshener?