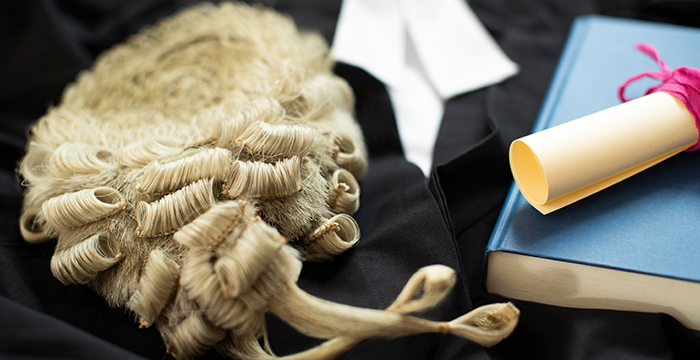 The number of complaints made against barristers is up, new stats show, with instances involving social media jumping a whopping 82%.

The Bar Standards Board’s (BSB) annual Regulatory Decision-making report published on Friday shows 2,517 reports about the conduct of barristers were dealt with between April 2021 and March 2022, a 54% uptick on the previous 12 months.

Cases involving social media jumped from 49 (involving 27 barristers) to 89 (involving 36 barristers), while matters relating to conduct at work that was not related to the provision of legal service also rose shaprly — 131 to 304.

The regulator said 164 referrals were accepted for investigation compared to 128 in the previous year, and the number decided jumped from 91 to 106.

In terms of outcomes, disbarments increased slightly from four to six while suspensions dropped from nine to seven.

“Performance in delivering our enforcement work is not where we would like it to be,” the BSB said. “The volume and complexity of investigation cases has increased, and, although the quality of our decision-making has remained high, we have struggled to keep pace with this. The result is slower performance against the timeliness service standards across all stages of the enforcement process.”

The regulator said it had take steps to address this including increasing staff headcount, however this did not fully materialise in 2021/22 due to “recruitment issues”.

The question is why those showboating strikers weren’t hauled in front of the BSB and struck off. The body is not fit for purpose if this is not done.

You clearly haven’t worked as a criminal barrister before…

To get a flavour as to why they were striking I suggest going to the other end of the country to do a days work and then get paid less than the cost of the train fare to get there…and yes that train fare comes out of your own pocket.

That’s nothing! In my day not only did we have to pay for our pupillages, but we were savagely beaten, to the point of soiling, by our pupil masters.

We then had to thank them for correcting us and pay for the cost of the rod.

The under 70s don’t know they were born!

That’s nothing! We had all of that and bombs dropping on us!

We had to pay for the cost of Chambers renovation for the bomb damage, and were publicly flogged in the Inner Temple courtyards because we got some brick dust on our bowler hats!

That’s nothing. We would be quite literally tied to a shell and fired from a big gun over enemy lines just for breathing in Court.

It’s a misnomer to describe the action as a strike.

Barristers were just no longer accepting work for the remuneration on offer. As any self employed person is entitled do.

If a garage gives you a quote to fix your car, but you are not willing to pay that, you’ll have to take your custom elsewhere. But I don’t think anyone would describe the mechanic as being on strike.

It was a strike. The CBA withheld services until they were paid more. That the barristers involved were self-employed did not change the essence of the process.

Barristers are never struck off.

Once was the time that professionals and their advice were respected.

Now clients can Google cases which may bear some slight passing resemblance to their own and complain about the barrister when they don’t get the same outcome.

Finally, there are many “characters” at the Bar (particularly older ones) whose standard of humour was once praised and lauded but a single offendee will now make a complaint about anything said that is off colour.

Younger counsel tend to be very careful in engaging in such banter and are perceived as very serious and humourless as a result.

So people are complaining more but do not seem to have anything more to properly complain about? Seems right in these over-sensitive times.

The more interesting statistic is in respect of outcomes, not number of complaints.

In 2021/2022, 135 complaints were closed after investigation. Of those:
50 were dismissed;
46 resulted in admin warnings;
4 resulted in fines;
29 were referred to the disciplinary tribunal, of which 24 were proved.

I’m not sure these demonstrate any kind of increase in misconduct of barristers.
However, there are two additional factors not accounted for in the raw numbers:
1) That the BSB reg team is working slower this year, for some reason, which might be depressing this years numbers;
2) That the 2020/2021 stats include the lockdown period where many barristers weren’t working much, which might be depressing last year’s numbers.

In other words there are a large number of false allegations.

That’s nothing! In my day not only did we have to pay for our pupillages, but we were savagely beaten, to the point of soiling, by our pupil masters.

We then had to thank them for correcting us and pay for the cost of the rod.

I think you repeated your comment there, old timer!