Will the City gain a new US super-firm? 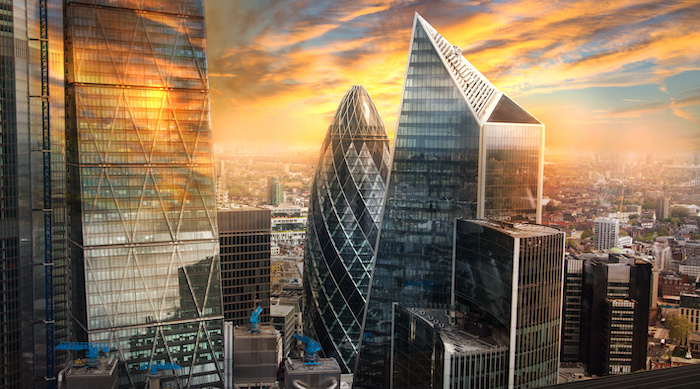 Law firms Shearman & Sterling and Hogan Lovells have not denied that they are in merger talks, sparking speculation that a tie-up may be on the cards.

Shearman held a senior equity partner meeting in London on “something transformative” earlier in December, according to unnamed sources quoted by The Lawyer, with some indicating a vote on a potential tie-up could take place as early as 31 December.

Responding to the report, a spokesperson for Hogan Lovells said: “As a leading global law firm we regularly review our global strategy and opportunities that we believe may be available to us, and that includes discussions with different firms in the market. This demonstrates our confidence in our unique offering and our balance of practice areas, global footprint and sector strength.”

Similarly, Shearman said: “We continuously consider the various levers of growth that are accessible to us as part of our strategic planning process. These include both internal and external opportunities that would benefit our firm and our clients. Beyond that, we never comment on market rumors or speculation.”

A Shearman-Hogan Lovells merger would create a new US super-firm with a combined annual revenue of around £2.97 billion. As for geographical coverage, Shearman would gain access to Hogan Lovells’ extensive European operations, whilst complimenting HL’s Dubai gaff with its Abu Dhabi outpost.

According to the Legal Cheek Firms Most List 2023, Hogan Lovells currently offers 50 TCs every year, whilst Shearman takes on 15 rookies with both firms paying their new recruits £50,000 in their first year and £55,000 in their second year. Hogan Lovells NQs then jump to £107.5k, but Shearman does not disclose its London NQ salaries.

If intake sizes remain at current levels, the new firm would number 65 trainees, on par with Herbert Smith Freehills and joint seventh on the Most List for most trainees. The firms’ combined London offices would also generate over £500 million, according to current earnings reports.

Whilst Shearman can trace its history back to birth of the law firm in America, Hogan Lovells was created from the 2010 merger between the London firm Lovells Washington DC’s Hogan & Hartson. Hogan Lovells clearly goes in for firms with a lot of history; at the time of the merger, Hogan & Hartson was the oldest major law firm headquartered in DC!

In the lead up to this merger, there was also much speculation over what the new name would be, with Love Harts and HogLove the most memorable suggestions.

How can this make sense for Shearman with the much higher PEP and terrible pound/euro to dollar exchange rate (meaning HL’s European revenues would be worth even less when converted to dollars)?

Sherman’s London office has been on the wane for some time. It’s been shedding its most profitable and successful partners for a while, losing all of its once market leading arbitration team a few years back. It speaks volumes that LC couldn’t think of anything Sherman is bringing to the table other than a couple of UAE outposts. Merging with HL is a kiss of death for a once semi-elite US firm, but can’t say it hasn’t been coming.

Sterling has undoubtedly been on the decline.

Probably why he left Man City.

Assuming Shearman’s US guys were getting pissed off with the non US lot lagging behind?? they probably will vote for this tbf — HL is obvs a verein so good opportunity for them to keep finances separate while bulking their international offering to US clients.

Can’t help but wonder if it’ll dilute the shearman name in Wall Street though.

Loooool NRF are going to be so angry – they say HL as their closest rival and they’ll blow NRF out of the water with this one. Though for years speculation within NRF has been that’ll it’ll merge / be taken over by one of big 4

It’s like BLM and Clyde’s all over again.. two behemoths agreeing to conquer together

Correction: Two semi-average insurance firms competing for ‘who can ruin their reputation the most’

The only thing behemoth is the ego of these magic cycle rejects.

How would a Shearman/HL merger look anything like the abattoir visit that was the Clydes takeover of BLM? Which carcass would be picked clean with the rest discarded to the regional outpost scrap heaps.

How will this work with associate salary mismatch?

Pure dreams for the associates at Bogan Shovells – Join a mid-market firm, merge with an awful US shop and enjoy 50% salary increase overnight.

Yeah, that won’t happen tho lmaoooooo.

Would bet my house that you’re unemployed