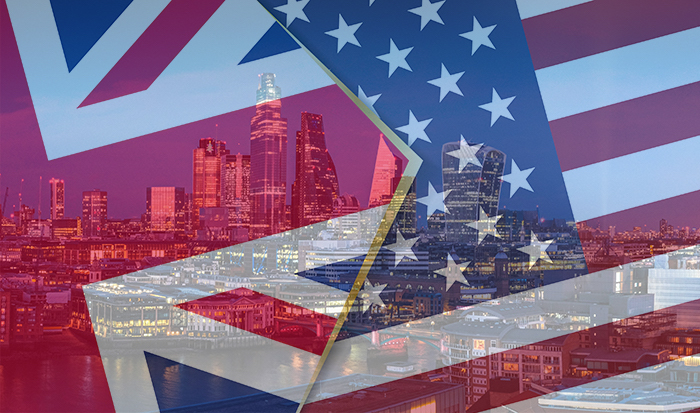 Partners at US firms in London are outperforming their UK rivals thanks in part to their focus on high margin work, new research has found.

US partners generate an average of £1.23 million in profit, 25% more than the average £985,000 of their counterparts at the top 15 UK law firms, according to figures published by chartered accountants Hazlewoods.

The research suggests that higher US partner profits may be in part due to their focus on work in lucrative areas such as mergers & acquisitions (M&A), private equity (PE), corporate finance, and banking.

It further found that US firms can maintain these high margins by sidelining other less lucrative areas including employment law, even going as far as to outsource this work to other firms when it comes as an unavoidable part of M&A or PE work.

The Legal Cheek Firms Most List 2023 shows US firms dominate when it comes to profit per equity partner (PEP). Kirkland & Ellis comes top with a staggering £6 million, sitting ahead of other US players including Davis Polk (£5.9 million), Sullivan & Cromwell (£5.2 million) and Latham & Watkins (£4.6 million). Macfarlanes is highest ranking UK firm with a PEP figure of £2.4 million.

The 15 largest US law firms in the UK generated a total of £925 million pounds of profit in the past year, compared to £4.7 billion made by the top 15 UK law firms, according to the research.

“There are certain aspects of how US firms operate that all UK law firms could examine for possible lessons,”said Ian Johnson, associate partner at Hazlewoods. “Being a ‘full service’ firm is appealing when trying to spread the risk of fluctuations in certain practice areas but is it the best model for everybody?”

“US firms in London have become known for concentrating on what they see as the most profitable work — and that does seem to be working for them,” he added. “It can however leave them more exposed to changeable market conditions such as a downturn in M&A and PE if markets get spooked by economic events like those we’ve been seeing over this past year.”

Johnson went on to flag that US law firms with a presence in London often offer newly qualified solicitors’ salaries within the £120,000-£150,000 range, whilst leading UK outfits struggle to keep pace, often offering rates of around £100,000.

“Being able to attract the most outstanding young talent is a key part of US firms’ strategy in London and, while those firms are able to deliver such impressive profitability, we don’t see how that will change any time soon,” he said.

Not groudbreaking, but useful to know given all the commentary on Legal Cheek about US firms being more profitable because they’re extremely tight with their equity rather than for any fundamental business reason (the corollary being we should all stay at UK firms for the superior long-term prospects).

The global 100 table from Legal Business last month also indicated this commentary is misguided. Below are the percentages of *equity* partners (i.e. non-equity/non-share partners are not included) as a percentage of overall lawyers at a few US and UK firms:

In other news, water is wet.

In case any normal university students are wondering, fear not: neither of these types of students will go on to be successful. They will graduate from their average uni (see: Nottingham, Leeds, Exeter, Birmingham) and paralegal for 2 years before they give up on TCs and change career or decide to work outside London.

Being a US associate, I can’t fathom why any actual US associate would care about freshers or seek to denigrate them.

Whatever makes you feel better – life is more than uni mate!

If M&A or PE or financing work slows down, they still have their market leading disputes and restructuring teams to keep PEP high.

None of the cost centres of real estate, employment teams etc

Kirkland is excellent at high value transactional work but its disputes work is anything but market leading and it doesn’t have the name presence of, say, Quinn Emanuel or FBD when it comes to litigation. K&E is ranked band 4 for general commercial litigation on Chambers. FBD in comparison is band 1. If you want to do top of the line disputes work, don’t go to K&E.

Market[-]leading disputes? Comments in track for you.

I’m not overly aware of Kirkland’s DR group, but isn’t that a (relatively) recent expansion in the London office? I will happily accept a correction if they are as you describe, I am just curious

Seems so. Milbank is expanding its litigation/arbitration practice both in New York and London – smart forward thinking given that a dispute resolution practice often withstands a recession.

Doge to US Trainee