Four lawyers who came to the profession from industries including music, retail and academia tell all 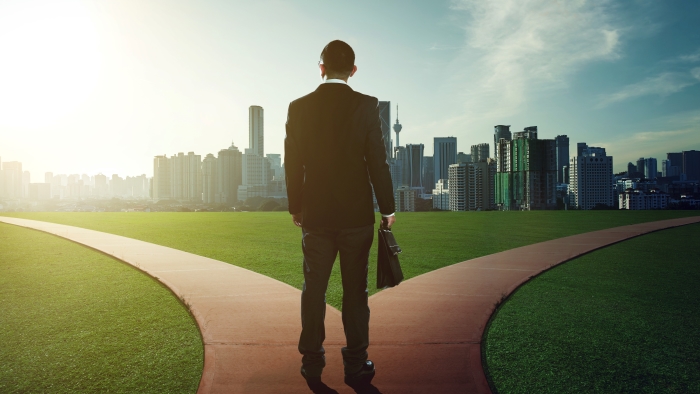 The last two and a half years of Covid-related business and social restrictions have led many to take the time they might not ordinarily have had to brainstorm our jobs, our lives and to ask: “In what direction am I going? And should I change lanes?”

Legal Cheek’s latest virtual event was for prospective career changers looking to enter the legal sphere from other industries.

One of the UK’s most senior lawyers, Lord Neuberger, started life as a banker before becoming a barrister, a recorder, a High Court judge to the level of Master of the Rolls, and finally president of the UK Supreme Court, the most important judge in the land.

Giving us invaluable insight were our featured speakers from Bryan Cave Leighton Paisner, Pinsent Masons, Travers Smith and The University of Law, who all worked in a different sector before becoming lawyers. A lively and informative insight then on ‘How to get into law as a career changer’.

The speakers, their stories and advice

Maite Aguirre Quiñonero is a future trainee solicitor at Bryan Cave Leighton Paisner. Currently finalising her LPC, she was a concert pianist, conductor and music teacher.

Maite told the audience of over 230 attendees:

“I came to the UK 14 years ago to do a masters in music and then a PhD, before making the change to become a lawyer. I come from Spain where it isn’t so common to change career. The conversion course does not exist in my country.”

Now in her mid-thirties, Aguirre added: “I do think it’s easier if you are at an earlier stage in your career. A real advantage.”

Aguirre went on to explain that interviews for training contracts are a balancing act. “You need to show off your transferable skills and all the things you have done in your other career, whilst on the other hand, demonstrating that you are humble enough to start all over from scratch and be trained and work with colleagues that may be younger than yourself.”

She accepted that she also lacked commercial awareness at the start of the process. Her advice? Read read read to keep up commercially.

“I believe there’s never been a better time to make a career-change into law,” said Paul Galbraith. “Firms are increasingly focusing on diversity, and that includes cognitive diversity — they value the different perspectives that career-changers bring.”

Galbraith also mentors those wishing to make the change. He thinks age is irrelevant. “I’m in my mid-forties. I went into investment banking when I left university, before eventually moving into the commercial side of online betting and gaming which was right at the cutting-edge of website technology at the time.”

He eventually got a training contract partly as a result of a paralegal job with another firm. “Being a paralegal first is really useful experience. Ultimately, you don’t know what being a lawyer means day-to-day until you actually do the work, so working as a paralegal helped me to not only realise I could do the job, but also that I actually enjoy it.”

Andrew Ross is head of property disputes at Travers Smith. He started out as a historian and lectured. He made the change to law and now “gets paid to argue about property”.

“My first ten years or so reflected my love of history and after university I worked for a company that traced property history,” said Andrew Ross, who appeared on last month’s panel alongside Aguirre and Galbraith.

What made him make the change?

“There was a point at which although I really enjoyed what I was doing, practically I needed to move. I was also attracted by the prospect of being able to control my future outcomes more easily,” he said.

Many people making the move worry about being supervised by those younger in age: Ross was positive and clear about this, saying: “I was lucky enough to have taught at Birkbeck people who range from 20 to 70-years-old.”

He added: “Previous different sector experience definitely helps: when I transferred at six months qualified, I was interviewed for a job that required more experience than I had, and I think I got the job because of the confidence that previous experience brought.”

Darren Francis, is now a tutor at ULaw’s Bloomsbury campus. He’s made a couple of career changes.

“I was never sure at school what I wanted to do and so my first job was as a trainee quantity surveyor (QS),” said Darren Francis. As part of my training as a QS I studied building law and I enjoyed the legal side of the training. Subsequently, throughout my 20s, I kept thinking of becoming a lawyer. A cousin who was in his early forties had made the change into law and he became a sort of mentor.”

Francis told the audience he was worried about studying and taking exams all over again after not studying for 12 years since his A Levels. “It’s also expensive — I sold my car to pay for my LPC”, he said, but he worked full-time and studied part-time while earning money and volunteering at a law centre to gain invaluable legal experience.

Francis joined a London-based law firm as a paralegal, before obtaining a training contract at the same firm. After qualifying he joined a regional firm and became a partner within seven years — which is unusual; “I didn’t qualify until I was in my forties but had a short, steep career trajectory.”

He now teaches because: “I absolutely love law. I wanted to impart my knowledge to the lawyers of tomorrow.”

Everything is therefore possible. In the words of Lord Neuberger: “The law, of course, does not stand still.” And nor should we.