Following the US Supreme Court’s controversial reversal of Roe v Wade, aspiring barrister Jade Rae explains the importance of the Abortion Act 1967 in England and Wales 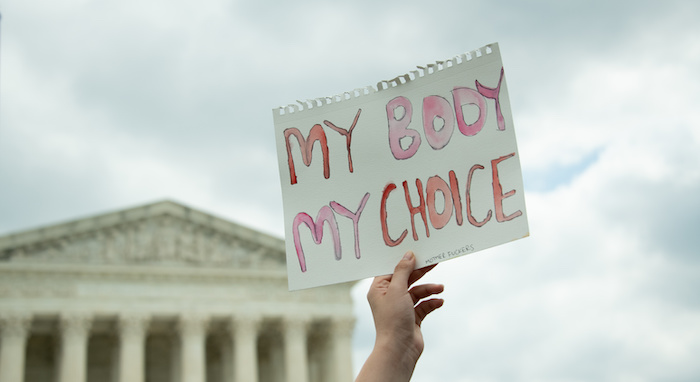 The US Supreme Court has just overturned the decision of Roe v Wade, a landmark case regarding abortion rights from over 50 years ago, completely destroying the reproductive rights of people with uteruses in America. With at least 26 States expected to ban abortion immediately, this terrifying reversal will have disastrous effects on the physical and mental health of people expected to carry a foetus. This naturally leads one to reflect on the law surrounding abortion in England and Wales and why it is one of the most important pieces of law to date.

First, without the Abortion Act 1967, abortion still remains a criminal offence. Under section 58 of the Offences Against a Person Act 1861, any woman with child who attempts to procure a miscarriage and any person who aids a woman in an attempt to procure a miscarriage will be guilty of felony and being convicted thereof shall be liable to be kept in penal servitude for life. Additionally, under section 1 of the Infant Life (Preservation) Act 1929, any person (this includes the pregnant person, doctor or anyone else, for example, a boyfriend) with the intent to destroy the life of a child capable of being born live, shall be guilty of felony and shall be liable on conviction therefore on indictment to penal servitude for life.

However, the criminalisation of abortions only led to the practice going underground. Diane Munday, a lifelong activist on the subject and a key member of the Abortion Law Reform Society, in a 2017 interview with BBC Radio 4’s Woman’s Hour, told how she discovered all the London teaching hospitals (before the Abortion Act made abortion legal) set a few wards aside each Friday for women who were septic, bleeding or dying from having backstreet abortions (there would be a surge in cases on Fridays as it was payday). She also learned of the harsh reality doctors had to face when they had to refuse an abortion. Munday recollects a young doctor’s story of how he had told a pregnant patient who said she would kill herself if she couldn’t get an abortion, the usual advice that she would love the baby when it was born. That night, she drowned herself. Unfortunately, this very dark ending was the reality for a lot of people during that time, and if death didn’t come to them first, the police would.

In England and Wales, the Abortion Act 1967 was passed. The statutory grounds for abortion can be found in section 1 of the Abortion Act 1967 as amended by the Human Fertilisation and Embryology Act 1990: “A person shall not be guilty of an offence under the law relating to abortion when a pregnancy is terminated by a registered medical practitioner if two registered medical practitioners are of the opinion, formed in good faith:

(b) that the termination is necessary to prevent grave permanent injury to the physical or mental health of the pregnant woman; or

(d) that there is a substantial risk that if the child were born it would suffer from such physical or mental abnormalities as to be seriously handicapped.”

This Act is the difference between life and death for some individuals. That is why you can argue the Abortion Act 1967 is very important. It is common knowledge that in countries where abortion remains criminalised, the underground practice still runs, risking the lives of those who seek out an abortion. According to the World Health Organisation (WHO), each year, 4.7–13.2% of maternal deaths can be attributed to unsafe abortions. In developed regions, it is estimated that 30 women die for every 100,000 unsafe abortions. Whereas, in developing regions, that number rises to 220 deaths per 100,000 unsafe abortions.

In 2012, it was estimated that in developing countries alone, seven million women per year were treated in hospital facilities for complications arising from an unsafe abortion, according to a WHO factsheet. This is a topic that will unfortunately, never be one that everyone can agree on but the truth of the situation is, you can only ban safe abortions, and the Abortion Act 1967 is one of the most important pieces of legislation in regard to pregnant people, because it allows them to be autonomous and make a decision about their body.

Jade Rae is an aspiring barrister currently working as a legal operations analyst, having graduated from Northumbria University with first class honours in M-Law exempting BPTC. She is interested in both criminal law and civil liberties.