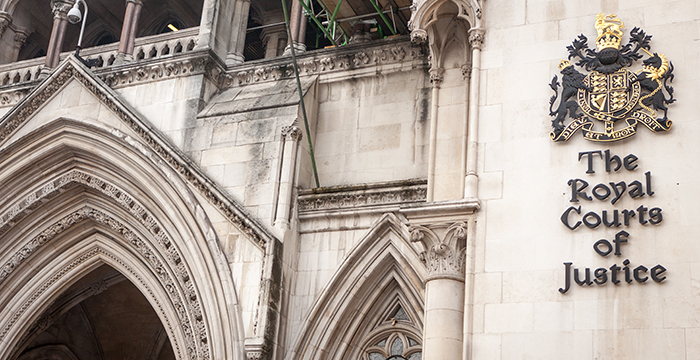 Life in the past was often “poor, nasty, brutish and short”, according to English philosopher Thomas Hobbes. Numerous advancements in medical technology over the past half a century have allowed life to be artificially prolonged. This was painfully apparent in the case of Alfie Evans. He was born, a baby like any other, but soon made headlines in the UK. A few months after his birth, he was admitted to hospital after suffering seizures and subsequently diagnosed with a degenerative neurological condition. This soon marked the start of a year-long legal battle between Alder Hey Children’s hospital and Alfie’s parents. The pertinent issue was deciding on the best course of action for Alfie, viz, whether it was in Alfie’s best interest to have life support withdrawn.

In this piece, we first examine the ‘substituted judgment’ test (often invoked as a guide for decision making when a patient lacks decision making capacity) used by the UK courts. We argue that the ‘substituted judgment’ test used in Alfie is flawed, a mere piece of legal fiction that justifies the court’s decision in such cases when the court is in no better position than the doctors or the parents to make such a call. From this, we argue that such cases, as far as possible, should be settled outside of court given that the adversarial court process and binary outcomes is not the best place to deal with issues of such nature and complexity. Instead, better communication of treatment options, and advancements in palliative medicine may help parents placed in such an unfortunate position make the difficult decision, eliminating the need for judicial intervention, except in extreme cases where the relationship between the hospital authorities and parents have deteriorated to the point where no progress can be made in making decisions in the best interest of the child.

The protection of one’s interests is a common theme in law. It was what Justice Hayden sought to do in Alder Hey Children’s NHS Foundation Trust v Thomas Evans (Alfie Evans). After considering the vast quantity of medical evidence tendered, Hayden ordered Alfie to be taken off life support. He concluded that it was in his best interest to do so. The judge’s decision about whether to initiate or terminate life-support in Alfie’s case was examined from the assumed viewpoint of Alfie himself. It underscores the fact that the welfare of the child is central to the jurisprudence underlying this difficult area of law in the UK.

We argue that the substituted judgment test employed by the UK courts is fundamentally flawed. How can a court (a) place itself in the shoes of the child patient and (b) decide that dying is preferable to living (with its attendant sufferings), in so concluding that this is done in the best interests of the child? We draw this from the reasoning employed by courts in wrongful birth cases in tort. Justice Keating advanced this powerful argument in Williams v State of New York. The case concerned a woman born out of wedlock when her mother was raped by a fellow patient at a mental hospital. Subsequently, she brought a suit against the state, claiming damages for her “wrongful birth”. Keating denied the claim. He pointed out that “tortious damages are awarded on the basis of a comparison between the position the plaintiff would have been in had the [tortfeasor] not committed the acts causing injury”. In concluding, he held that awarding damages would be impossible as it would entail a “determination as to whether non-existence or non-life is preferable to life as an illegitimate with all the hardship attendant thereon”.

This is similar (if not identical) to the decision courts are forced to make when adjudicating in cases such as Alfie Evans. Confronted with an impasse between the hospital and the parents, courts then have to decide if death is the best choice for the child vis-à-vis being kept alive by a machine. Simply put, disguised in the veneer of “best interests”, the court essentially decides on behalf of the child whether a state of “non-existence or non-life” is preferable to life connected to a ventilator with all “the hardship attendant thereon”. As Keating pointed out, this is an impossible choice. It boils down to a simple reason; how can a state of non-existence be possibly compared to one of existence? A fortiori, this idea of deciding “in the best interests” of the child is merely a disguise for the difficult decision that the court should never have been called upon to make in the first place.

To illustrate the impossibility and arbitrary nature of such a choice, we now turn to examine the case of Portsmouth NHS Trust v Wyatt. Charlotte Wyatt was in the same position that Alfie found himself in. She was born, three months early and beset with a whole host of medical problems. The hospital approached the court, seeking a declaration that it would be lawful to withhold artificial ventilation should she need to be resuscitated again. Her parents opposed the application. Unfortunately, Hedley granted it.

Just a few months later, Hedley was asked to reverse his decision as Charlotte’s condition was improving. He would reverse his decision many more times before the legal saga ended. Miraculously, at the end of it all, Charlotte was “reportedly out of hospital… and living in foster care where she was learning to walk”. The endless difficulties faced by Hedley in adjudicating the case demonstrated that court mechanisms are not suited at all to deal with the complexities of medical life-and-death scenarios. Condemned to die, Charlotte somehow managed to pull through, defying both her doctors and the courts.

Ultimately, it remains a perennial question — who should have the final say over the best interests of the child? In the case of Alfie Evans, there was much public outcry over the court’s decision. It demonstrates public perception that Alfie’s parents had his best interests, rather than the court. The persistent effort by his parents granted Alfie a 23-month Italian citizenship to receive treatment in a Roman hospital. This was a testament to the fact that his parents believed and tried every avenue to help Alfie live. However, treatment for Alfie never materialised due to the Supreme Court’s decision. In the words of Alfie’s father, it was as if the “hospital gave up on Alfie”.

Having to make such a decision is often a catch-22 for all the stake-holders involved, parents, healthcare providers, and the courts. Such actions are often emotionally charged, lengthy and draining on all parties involved. Here, the words of Singapore’s Chief Justice Yong Pung How’s words in Gunapathy (a case which set out the legal test to determine the standard of care in relation to the provision of medical advice) come to mind: “We often enough tell doctors not to play god; it seems only fair that, similarly, judges and lawyers should not play at being doctors.”

Judicial intervention should be a last resort, when there is an intractable impasse between the parties that necessitates judicial intervention. Dying, is a social process — families and loved ones require time to come to terms with their loss and space to grieve. Litigation deprives them of the chance to do so. In this regard, palliative care and counselling services are arguably the better option as opposed to litigation. It is far better for healthcare providers to work closely with the parents in such cases so that disagreements necessitating judicial intervention may be avoided and the best outcome achieved for all parties involved.