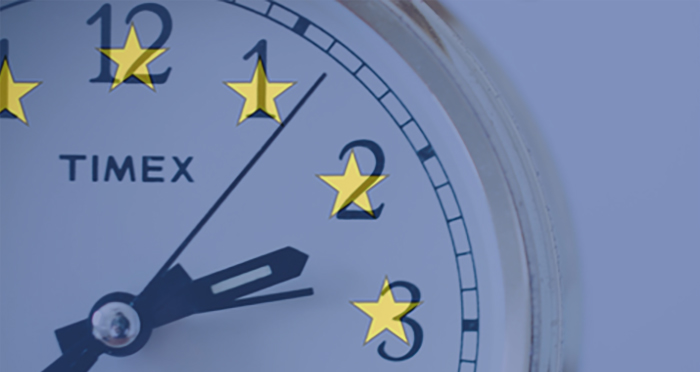 The EU membership referendum, which was held on 23 June 2016, saw the UK vote to leave the EU. In order to complete this withdrawal, Article 50 of the Treaty of European Union (TEU) was triggered in March 2017, beginning a two-year time frame for the UK to settle its ‘divorce arrangement’. However, this Brexit saga involves a whole lot more work than can be comfortably completed in two years; it seems this time frame will not be sufficient.

This isn’t just my opinion: Sir Ivan Rogers, the former UK Permanent Representative to the EU, has noted that if the government wants a comprehensive deal, it could take ten years. Former Cabinet Secretary Lord O’Donnell also acknowledged that two years’ time is too short. Former judge and now professor Sir David Edward stated that “a long negotiation period would be necessary because the withdrawal from the Union would involve the unravelling of a highly complex skein of budgetary, legal, political, financial, commercial and personal relationships, liabilities and obligations”.

Though Article 50(3) provides that the two-year time frame could be extended by the European Council unanimously, is an extension feasible? For an extension to be granted, it must be unanimously agreed in the European Council, which is considered difficult. Alan Renwick, the deputy director of the UCL constitution unit, suggested that the government wants to avoid any further delay, because any delay will cause further uncertainties, especially to businesses. He further articulated that if the government could not get what it wants in the two-year time period, the government should pursue a transitional arrangement, or accept the hardest of hard Brexits.

The withdrawal negotiation’s first phase is complete, and we’re now preparing to move into the second phase of the negotiation. This concerns the transitional arrangements as well as the overall understanding on the framework for the future relationship.

But, future trade talks, the heaviest issue, will be postponed and the transitional arrangement will take priority. The UK Prime Minister, Theresa May, has stated that the change to the final Brexit date will only occur in exceptional circumstances — so, if we are to believe this, there is still a possibility, but it’s highly unlikely, for the UK to seek an extension. It is clear, for now, that the UK has opted for a transitional arrangement rather than the extension of the two-year time period.

Another question that has been raised hypothetically is: is the revocation of the withdrawal possible?

Article 50 is silent on whether the withdrawing members state can revoke the notification of withdrawal, and therefore continue to remain in the Union.

This silence affords several interpretations. Christophe Hillion, a professor of institutional law in the EU, suggested that “once the notification is given, there is no turning back; the treaties will cease to apply either upon entry into force of the withdrawal agreement or at the end of the two-year period”, even without a ‘deal’.

Scottish cross bencher Lord Kerr, who was involved in drafting Article 50, also said that the notification of withdrawal is irrevocable, but noted that, legally, the EU could not prevent a withdrawing state to change its mind, but might exert political pressure to the withdrawing state.

The argument for which the withdrawing state can revoke the withdrawal, put forward by Oxford prof Paul Craig is that the withdrawal decision will no longer be valid because of the state’s changing of mind, and the original decision must have been changed in accordance with national constitutional requirements. The changing of decision which is in compliance with the constitutional requirements might be the second referendum on the final Brexit deal. But, it’s rather absurd for the Member State to suddenly change its mind after the final deal has been struck, because all of the efforts put in the negotiation will go to waste. If the citizens of the withdrawing state could not agree on the final deal, then a re-negotiation should be done, instead of withdrawing the withdrawal.

In the UK context, it would high unlikely for the UK to change its mind and decide to remain in the EU. Theresa May has affirmed the UK’s government position, stating that ‘Brexit means Brexit’. Even though it is still unclear what will happen in the future as the withdrawal process continues, it is politically undesirable for the UK to change its mind. This issue has not been tested by the UK yet and most likely will not be tested in the near future.

Juhn Tao NG is a law student at the University of Liverpool.