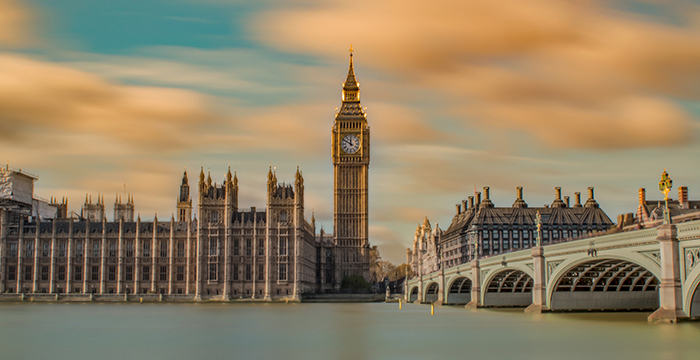 “In my opinion a constitutional statute is one which (a) conditions the legal relationship between citizen and state in some general, overarching manner, or (b) enlarges or diminishes the scope of what we would now regard as fundamental constitutional rights.”

To explain, it has traditionally been considered that parliament may alter or repeal all Acts of Parliament in two ways: expressly or impliedly. By expressly, we mean that a clause in a later Act explicitly states that an earlier Act, or provisions of it, are repealed. So, to take a random (and constitutionally insignificant) example, paragraph 1 of part 1 of the Schedule to Haulage Permits and Trailer Registration Act 2018 simply states: “The International Road Haulage Permits Act 1975 is repealed”.

Implied repeal occurs where a later Act of Parliament conflicts with an earlier one. When that happens, the earlier Act is taken to be impliedly repealed by the later one to the extent necessary to resolve any inconsistency between them. As Scrutton LJ said in Ellen St Estates v Minister of Health, the “constitutional position” is that parliament may alter an earlier statute simply “by enacting a provision which is clearly inconsistent with the previous Act”.

Sir John’s statement that constitutional statutes cannot be impliedly repealed — that they may only be expressly repealed — was novel. It also represented a significant departure from what we might call the traditional, orthodox view of parliamentary sovereignty: that there is no hierarchy among Acts of Parliament, that there is no legal distinction between constitutional statutes and other statutes, and that each Act of Parliament may be altered or repealed as easily as any other, expressly or impliedly. This traditional view may be found in Dicey’s claim:

“These … are the … traits of parliamentary sovereignty … first, the power of the legislature to alter any law, fundamental or otherwise, as freely and in the same manner as other laws; secondly, the absence of any legal distinction between constitutional and other laws …”

Yet, while Laws LJ’s claim was novel, it did not come out of the blue. It coincided with the way the courts had acted with regard to European Union (EU) law: that they would disapply Acts of Parliament which conflicted with EU law. This was the basis of the famous Factortame case where the House of Lords set aside provisions of the Merchant Shipping Act 1988 because they conflicted with EU law. EU law is incorporated into UK law by the European Communities Act 1972 (in Miller the majority in the Supreme Court adopted Professor John Finnis’ metaphor that the 1972 Act represented the “conduit pipe” through which EU law was introduced into UK law). The traditional view of implied repeal would require that the 1988 Act should have impliedly repealed the 1972 Act; however, in Factortame the House of Lords gave priority to EU law, incorporated via the 1972 Act, over the 1988 Act.

But, as Lord Denning made clear in the earlier case of Macarthys v Smith, if parliament states in “express terms” that an Act of Parliament should take priority over EU law — curtailing the primacy given to EU law by the European Communities Act 1972 — then “it would be the duty of our courts to follow the statute of our parliament”. That is, the courts would allow the provisions of the European Communities Act 1972, giving precedence to EU law over any other conflicting law, to be amended or repealed expressly but not impliedly.

Similarly, the courts have stated that they will not permit constitutional fundamentals to be amended except by clear words in an Act of Parliament. Lord Hoffmann has stated: “Fundamental rights cannot be overridden by general or ambiguous words”. Examples of constitutional fundamentals include: that access to the courts is not to be denied; that justice should be administered publicly in the courts; and, indeed, that fundamental values of the rule of law are upheld.

Since the Thoburn judgment in 2002, the idea of constitutional statutes has received support from other courts, including the High Court of England and Wales (R (on the application of Brynmawr Foundation School Governors) v Welsh Ministers), the Court of Session (Outer House) in Scotland (AXA General Insurance v Lord Advocate) and the High Court in Northern Ireland (Re Northern Ireland Commissioner for Children and Young People’s Application for Judicial Review).

More importantly, the idea has received support from the Supreme Court. In H v Lord Advocate, Lord Hope states that the Scotland Act 1998 could not be repealed by implication because of “the fundamental constitutional nature of the settlement” that the Act achieved which “render[s] it incapable of being altered otherwise than by an express enactment”. In R (HS2 Action Alliance Ltd) v Secretary of State for Transport, Lords Neuberger and Mance state that there are “constitutional instruments” and that Laws LJ’s judgment in Thoburn provides “[i]mportant insights into potential issues in this area …” (though, in this case, Neuberger and Mance do not directly express approval for the proposition that constitutional instruments may only be expressly repealed). In Miller, the majority in the Supreme Court note the “constitutional character” of the European Communities Act 1972 and that EU law is protected from implied repeal because of the Act. And in the Privacy International case, Lord Carnworth (with whom Lady Hale and Lord Kerr agreed) said: “This court has recognised the special status of such ‘constitutional statutes’, in particular their immunity from ‘implied repeal’.”

Moreover, in a recent article, Dr Samantha Spence and I note that the principle of constitutional statutes has been recognised, not only by the courts, but also by the legislative and executive branches of government. We argue that this acceptance by the three branches of government — the executive, the legislature and the judiciary — means that the idea of constitutional statutes, that they are protected from implied repeal, has moved from being novel proposition to accepted orthodoxy.

In summary, then, Sir John’s assertion in Thoburn introduced a new concept into UK constitutional law — that there is a legal distinction between ordinary statutes and constitutional statutes and that while the former may be impliedly repealed, the latter may not. While this idea is novel, it appears to have its roots in the protection from implied repeal afforded to the European Communities Act 1972 and to constitutional fundamentals. Moreover, the principle of constitutional statutes has received judicial support at the highest levels and, as Dr Spence and I note, from both the executive and the legislature.

Dr John McGarry is an associate lecturer at the University of Bolton.