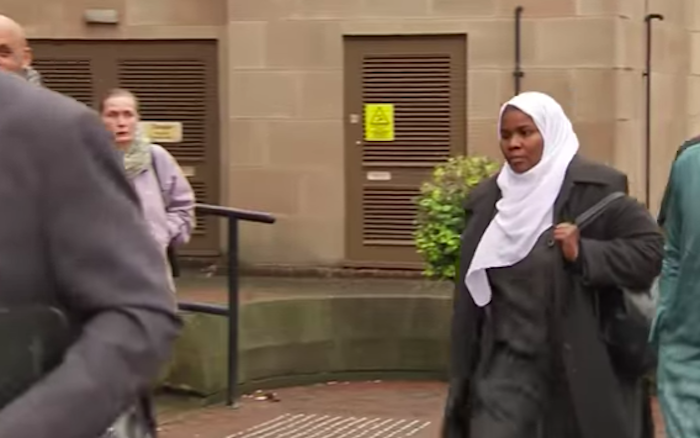 The Court of Appeal has ruled on a pinnacle case in professional negligence. Dr Bawa-Garba will not be erased from the medical register, as the High Court had allowed from the General Medical Council’s (GMC) previous appeal. Instead, she will be suspended before continuing practice upon completion of her suspension.

In 2011, six-year-old Jack Adcock was under the care of Dr Bawa-Garba and several other medical professionals. Jack suffered from Down’s Syndrome and a known heart condition, and had been suffering from diarrhoea, vomiting and difficulty breathing, when he was admitted to the Children’s Assessment Unit (CAU) at Leicester Royal Infirmary on 18 February 2018. Jack was treated by Dr Bawa-Garba, then a specialist registrar in her sixth year of postgraduate training (ST6). Dr Bawa-Garba had recently returned from maternity leave and due to the absence of more senior staff members, was placed in charge of the Emergency Department and CAU that day.

The failures in the care administered (or lack thereof) to Jack included significant delays in test results due to IT failures, Dr Bawa-Garba’s failure to request a consultant review Jack’s condition, her failure to specify medication Jack was taking should be discontinued and the most significant failure of all, mistaking Jack for another patient who had a ‘do not resuscitate’ order. After Jack went into cardiac arrest, medical professionals failed to carry out the relevant CPR, resulting in his death.

A hearing on 2 November 2015 found that nurse, Isabel Amaro, was guilty of his manslaughter, on the grounds of gross negligence. The sentence was suspended for two years. Her involvement extended to a significant failure in monitoring Jack’s vitals and reporting them to the relevant health professional for consideration.

A hearing two days later found Dr Bawa-Garba guilty on the same grounds, gross negligence manslaughter. It was found that the treatment did not amount to a “momentary lapse in judgment”, that Jack had been neglected for a prolonged period of time, and that the breaches were not “simple breaches of duty” but “really serious breaches amounting to gross negligence”. On 14 December 2015, a two-year suspended sentence was handed to Dr Bawa-Garba.

Dr Bawa-Garba attempted to appeal against the criminal conviction, but was rejected by the Court of Appeal on 8 December 2016.

On 13 June 2017, Dr Bawa-Garba was suspended from working for 12 months by the Medical Practitioners Tribunal Service (MPTS). The MPTS reached the conclusion that with the mitigating and aggravating factors, erasure would be disproportionate.

In an unexpected and unprecedented move, the GMC lodged an appeal on this decision, by virtue of its statutory framework, namely sections 1 and 40(a) of the Medical Act 1983 (MA) which state:

(1A) The over-arching objective of the General Medical Council in exercising their functions is the protection of the public.

a decision under section 35D giving –

(3) The General Council may appeal against a relevant decision to the relevant court if they consider that the decision is not sufficient (whether as to a finding or a penalty or both) for the protection of the public.

The GMC were certain that erasure was the more appropriate outcome in this situation, rather than temporary suspension.

The High Court appeared to agree with some submissions made by the MPTS regarding Dr Bawa-Garba. Paragraph 19 of the judgment states:

• Other than this matter, you have an unblemished record as a doctor
• You were of good character prior to your offence
• You remained employed by the Trust up until your conviction in 2015
• There is no evidence of any concerns being raised regarding your clinical competency before or after your offence
• The length of time which has passed since your offence
• Before the events of 18 February 2011, you had recently returned from maternity leave and whilst you had completed some on-call shifts, this was your first shift in an acute setting
• On the day in question, you were covering CAU, the emergency department and the ward
• The multiple systemic failures identified in the Trust investigation following the events of 18 February 2011
• There is no evidence to suggest that your actions on 18 February were deliberate or reckless.

However, notwithstanding these considerations, the court reached an opposing conclusion, stating:

“Nonetheless, I have come firmly to the conclusion that the decision of the Tribunal on sanction was wrong, that the GMC appeal must be allowed, and that this court must substitute the sanction of erasure for the sanction of suspension. No-one suggested that this issue should be remitted to the Tribunal for further consideration. I note what Nicol J said in sentencing Dr Bawa-Garba, to the effect that the conviction meant that her career was over. It was an assumption or instinctive reaction to the circumstances before him, which may have mitigated sentence. But I have reached my own conclusion, unaffected by his reaction or expectation.”

Presiding, Mr Justice Ouseley was concerned that the MPTS did not show deference to the verdict of the jury, and instead reached its own and less severe view of the degree of Dr Bawa-Garba’s personal culpability. He commented that the MPTS had “a result of considering the systemic failings or failings of others and personal mitigation which had already been considered by the jury; and then came to its own, albeit unstated, view that she was less culpable than the verdict of the jury established.” Dr Bawa-Garba was subsequently erased from the register.

The reaction from concerned medical practitioners grew, particularly, the message it sent to practising doctors who made ‘mistakes’ not least given the strain on NHS resources and prolonged shifts that they worked. This lead to a public appeal to fund taking Dr Bawa-Garba’s case to the Court of Appeal as a matter of “important point or principle” which has a “real prospect” of success. The fund has raised £366,289 (as of 13 August 2018).

The outcome of the appeal

The outcome, read live on Sky News yesterday afternoon, found that Dr Bawa-Garba should not be erased from the register. The reasons for this were that the decision in the previous instance was not a decision of fact or law, but an evaluative decision based on many factors. Sir Terence Etherton stated that “the decision of the Tribunal that suspension rather than erasure was an appropriate sanction for the failings of Dr Bawa-Garba, which led to her conviction for gross negligence manslaughter, was an evaluative decision based on many factors, a type of decision sometimes referred to as ‘a multi-factorial decision’. This type of decision, a mixture of fact and law, has been described as ‘a kind of jury question’ about which reasonable people may reasonably disagree.”

He continued: “In Bowen and Stanton, McCombe LJ went on to quote from Lord Clarke’s judgment in Re B (A child) (care proceedings) as follows:

“In England and Wales the jurisdiction of the Court of Appeal is set out in Civil Procedure Rule 52.11(3), which provides that ‘the appeal court will allow an appeal where the decision of the lower court was (a) wrong; or (b) unjust because of a serious procedural or other irregularity in the proceedings in the lower court’. The rule does not require that the decision be ‘plainly wrong’. However, the courts have traditionally required that the appeal court must hold that the judge was plainly wrong before it can interfere with his or her decision in a number of different classes of case. It was stated “The [MPTS] was an expert body entitled to reach [its] conclusions, including the important factor weighing in favour of Dr Bawa-Garba that she is a competent and useful doctor, who represents no material continuing danger to the public and can provide considerable useful future service to society.”

Therefore, “an appeal court should only interfere with such an evaluative decision if (1) there was an error of principle in carrying out the evaluation, or (2) for any other reason, the evaluation was wrong, that is to say it was an evaluative decision which fell outside the bounds of what the adjudicative body could properly and reasonably decide”.

Clearly, the decision was one involving the latter, as paragraph 97 of the judgment went on to say that “there were no grounds for allowing the appeal under section 40A of the MA 1983 on the basis that the sanction decision was wrong because the only sanction properly and reasonably open to the Tribunal was erasure”. Ultimately, the decision to allow the GMC’s appeal was incorrect, as there was no scope to allow it, due to the fact that there were other sanctions available to the MPTS aside from just erasure.

Dr Bawa-Garba’s appeal was therefore allowed. The Court of Appeal were eager to stress that the decision was not something the GMC should have been allowed to appeal. Paragraph 97 directly questions the scope in which the GMC is able to pursue future appeals. In future, it may be a ‘case-by-case’ situation. However, it is clear through this decision that manslaughter (in these circumstances at the very least) are not sufficient grounds in itself to disagree with the sanctions imposed by the MPTS.