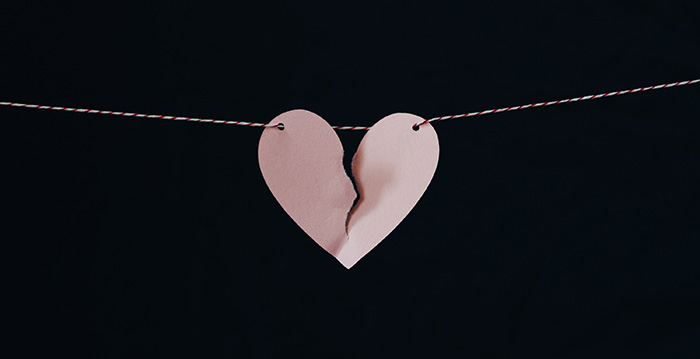 In the recent instalment of Owens v Owens, the Supreme Court ruled that Tini Owens must remain married to her husband Hugh Owens.

This is a decision that was eagerly awaited and one that will undoubtedly, come as a massive blow to Mrs Owens, who despite three years of trying to legally leave the marriage, will remain trapped in an unhappy and loveless marriage.

In the United Kingdom, if a husband or wife wishes to begin divorce proceedings, they must prove that their marriage has irretrievably broken down by establishing one of the five facts found within the Matrimonial Causes Act 1973. These include adultery, unreasonable behaviour, desertion, two years separation and five years separation.

In her petition, which has now been unsuccessful on three counts, Mrs Owens had sought to rely on section 1(2)(b) of the Act on the basis that her husband had behaved in such a way that she could not be reasonably expected to live with him. Mrs Owens alleged that her husband often prioritised his work over family life; that he treated her in a way that lacked love and affection; and that he would belittle her in front of others.

These allegations were met with disapproval in the first instance by Lord Toulson, who put forward that:

“In reality I find that the allegations of alleged unreasonable behaviour in this petition — all of them — are at best flimsy.”

Further, when the case was heard in the Court of Appeal, Lady Justice Hallett proposed that certain types of behaviour have a different effect on a married couple depending on whether their marriage is happy or unhappy. She said:

“Behaviour considered trivial in the context of a happy marriage may assume much greater significance for a husband or wife trapped in an unhappy marriage.”

It seems that the courts (although sympathetic to Mrs Owens) when applying the law, found it extremely difficult to bend the behaviour of Mr Owens in a way that would fall within the meaning of section 1(2)(b).

In the Supreme Court, it was clear that there was a reluctance to find that Mrs Owens must remain unhappily married to Mr Owens. It was put forward that since judges do not possess the ability to change the current law:

“Parliament may wish to consider whether to replace a law which denies to Mrs Owens any present entitlement to a divorce in the above circumstances.”

Lady Hale, who has previously voiced her concerns about the current state of divorce laws in the UK, reiterated this point:

“I have found this a very troubling case. It is not for us to change the law laid down by parliament — our role is only to interpret and apply the law that parliament has given us.”

It may seem that Mrs Owens has been left with no option but to remain trapped in an unhappy and loveless marriage, but there is hope provided to her by section 1(2)(e) of the Act. This provision provides parties with the ability to petition for a divorce if they have been separated for five years or more. Although this option still leaves Mrs Owens with the prospect of remaining married to her husband for another two years, she will no doubt delight in the fact that she will not need the consent of her husband for the petition to be successful.

This decision has turned a number of heads within the legal sector. Nigel Shepherd, former chair of Resolution, argued that “there is now a divorce crisis in England and Wales” and “it should not be for any husband or wife to ‘prove’ blame as the law requires many to do — this is archaic, creates needless conflict, and has to change”. He subsequently called for the government to take “urgent action” and reform current divorce law.

The Supreme Court ruling has further ignited the argument for the introduction of ‘no-fault divorce’, a system where neither party will have to prove fault. This would arguably put an end to the ‘blame game’ culture we see so common in several divorce cases as well as the need for couples to go to extensive measures just to prove one of the five facts.

Current divorce law is now almost 50 years old. Its rationale and operation are at odds with a modern family justice system that seeks to minimise the consequences of a relationship breakdown for both adults and children. Each marriage is different and each party will have their own specific reason for why they believe their marriage has broken down irretrievably. These are just some of the reasons why there will never be one approach to divorce that fits all.

There have been a number of attempts to introduce no-fault divorce. There was an attempt to introduce the system in the Family Law Act 1996 but the government later dropped this for concerns it would not work. Furthermore, a no-fault divorce bill was introduced in parliament, but did not make it past its first reading in the House of Commons.

For there to be a change, parliament must take notice and now is as good a time as ever.