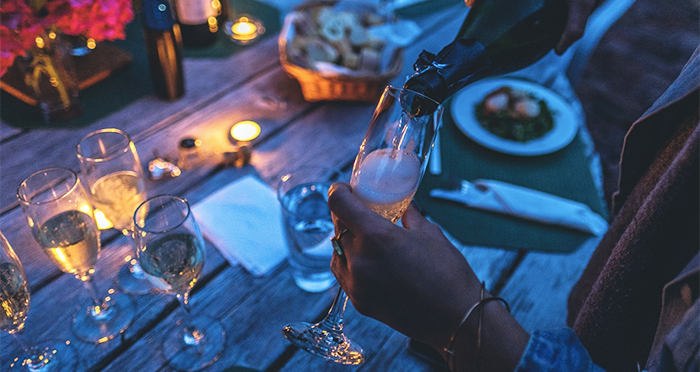 The Sexual Offences Act 2003 reformed the crimes of rape and sexual assault following recognition that existing laws needed to change. As part of that, the act introduced a statutory definition of consent (the previous law did not define consent; it only provided a vague explanation on how it could be given).

But the legislation has been extensively criticised with many cases demonstrating the complexity of the debate on what consent truly is and how it should be defined.

Historically, courts had viewed consent as a simple binary concept of whether or not permission to have intercourse had been granted. But this simplicity has been gradually eroded as illustrated in the 1982 case of R v Olugboja, where the Court of Appeal attempted to define consent. The court said that it is a common word but which “covers a wide range of states of mind in the context of intercourse between a man and a woman, ranging from actual desire on the one hand to reluctant acquiescence on the other”.

The statutory definition now is:

A person (A) commits an offence if:
(a) he intentionally penetrates the vagina, anus or mouth of another person (B) with his penis
(b) B does not consent to the penetration, and
(c) A does not reasonably believe that B consents.

We can see that the first factor of the actus reus requires fulfilment. The other element of the actus reus is the lack of consent from the victim, which may refer to a situation such as where the victim is in a state of intoxication, in which the victim does not have the ability to give meaningful consent. In the event that both of these factors are achieved, then the actus reus is deemed to be satisfied and the defendant is therefore liable.

The current mens rea requirements for the crime of rape were introduced in 2003. The first element required is the criminal intention to penetrate (meaning that rape does not necessarily require sexual intercourse). The second requirement is the lack of reasonable belief in consent. A statutory definition now exists for this consent, which is: “a person consents if he agrees by choice and has the freedom and capacity to make that choice”.

But the current mens rea requirements raise real challenges in determining whether a victim has actually consented in a given situation (and consent can be given verbally or through conduct, which in itself makes things complicated). A defendant’s thoughts about what was happening and how consent was perceived are also relevant. For instance, friendliness can be perceived as indicating acceptance of sexual relations, when in reality this is not necessarily the case. Due to the highly subjective nature of the meaning of consent, reaching a verdict in sexual offences cases can be very difficult.

The case of R v Hysa demonstrates this. The complainant was drunk and high on cannabis and did not remember consenting to sex with the defendant. Nevertheless, she remembered not wanting sexual intercourse that night. The judge ruled that there was no case to answer as the evidence to whether she consented was unclear. However, the Court of Appeal later quashed the first instance ruling and the case was remitted back to the jury.

Interestingly, voluntary intoxication cannot be used as a defence by either party, as illustrated in the recent case of R v Bree. Here, the Court of Appeal stated “drunken consent is still consent”. However, they acknowledged that “as a matter of practical reality, capacity to consent may evaporate well before a complainant becomes unconscious”.

Indeed, section 75(d) of the Sexual Offences Act 2003 states that consent (if given) is not valid if “the complainant was asleep or otherwise unconscious at the time of the relevant act”. This was illustrated in the case of F v West Berkshire Health Authority, where the person was both physically and mentally incapable of consenting due to her unconscious state. Section 75(d) creates an evidential presumption that an unconscious individual is automatically unable to consent to anything.

This raises the interesting question of what is the correct way of dealing with the issue of validity of consent with a person in the middle of these two extremes such as an individual who is very drunk but not to the point of unconsciousness? Does the law view the consent to be valid? Or will it mould the definition to each scenario they receive and see if true consent was given?

Similarly, consent is not valid if the victim has been drugged in any way, as the condition of the complainant is deemed to have been caused by the behaviour of the defendant. A study found that many jurors perceive that no consent has been given by a defendant if there had been any form of involuntary intoxication, such as when their drink has been spiked. As obvious as this may seem, it still needs to be discussed. If the victim wanted to be aware of their surroundings and chose not to drink, and they were drugged, any consent given then is invalid. This is because the intoxication was not the result of the victim’s actions.

Drunken consent may, potentially, be valid from a legal perspective even though we have seen that consent cannot be given if the victim has been involuntarily drugged or intoxicated. But is very complicated for the courts to ascertain whether consent has been truly given by a drunken victim especially if the defendant perceives rejection as a flirtation technique. The legislation endeavours to develop a definition of consent which can meet the needs of this complex and emotive area, but the concept remains highly subjective.

It is still important to discuss issues like rape and consent. No means no, and if the person is intoxicated to the extent of where they are unaware of what they are consenting to, do not take advantage of the untrue ‘yes’.

Fulwah Ali Alhamed is a second-year law student at the University of Surrey. She’s interested in criminal law.