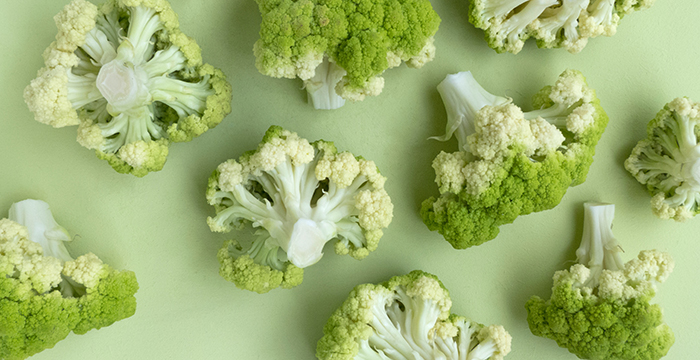 For some eating plant-based is a dietary choice, for others — described as ethical veganism — it is a practice which involves trying to exclude all forms of animal exploitation from every aspect of life.

The question an employment tribunal considered last week is whether ethical veganism is a protected characteristic and therefore can be legally prohibited from discrimination. Here, the tribunal found that ethical veganism does constitute a philosophical belief under the Equality Act 2010.

The ruling is part of a case brought by claimant Jordi Casamitjana against his former employer, the League Against Cruel Sports (LACS). Casamitjana discovered that the pension fund of LACS was investing in companies which he states go against the core principles he abides by as an ethical vegan. He informed his colleagues, encouraging them to act against this. LACS hold that this communication was contrary to managerial instructions and so summarily dismissed Casamitjana. The case involves the claimant alleging wrongful dismissal, claims for detriment under whistleblowing protection laws and breaches of the Equality Act. LACS state that the reason for dismissal was due to Casamitjana’s gross misconduct.

Last Friday’s ruling — which the BBC describes as a “landmark” decision — is the result of a preliminary hearing on the matter. For the case to proceed on the pleadings argued, employment judge Robin Postle had to consider the question: is the claimant’s ethical veganism a protected characteristic for the purposes of the Equality Act?

The protected characteristic of philosophical belief

Under the Equality Act there are nine protected characteristics in which it is illegal to discriminate against. These are: age; disability; gender reassignment; marriage and civil partnership; race; pregnancy and maternity; religion or belief; sex; and sexual orientation. The case in hand concerns “belief” as per section 10:

“10. Religion or belief
…
(2) Belief means any religious or philosophical belief and a reference to belief includes a reference to a lack of belief.
…”

Parliament has drafted this legislation in an open-ended manner. This is the delight of section 10. Caselaw and the Equality Act 2010 Code of Practice provide a five-point test for determining when a philosophical belief is a protected characteristic, the belief:

1. Must be genuinely held;
2. Must be a belief and not an opinion or viewpoint based on the present state of information available;
3. Must be a belief as to a weighty and substantial aspect of human life and behaviour;
4. Must attain a certain level of cogency, seriousness, cohesion and importance;
5. Must be worthy of respect in a democratic society, not incompatible with human dignity and not conflict with the fundamental rights of others.

The claimant’s case drew a distinction between the varying conceptual commitments to veganism. Casamitjana’s belief in veganism goes further than only a dietary restriction (this helps distinguish the case from Conisbee v Crossley Farms Ltd and Ors in which the claim of vegetarianism as a protected characteristic failed). Rather his fundamental belief is “ethical veganism”, therefore along with not eating or wearing any animal products, the claimant is also conscious of, for example, his travel impact by choosing to walk, rather than taking the bus, as buses are more likely to kill insects. The belief influences every aspect of his life.

Due to his belief that ethical veganism is a ‘moral imperative’ the tribunal found that the claimant passed the five-point test (above) making the belief a protected characteristic under the Equality Act. The five-point test’s final hurdle that the belief must be “worthy of respect in a democratic society [and] not incompatible with human dignity”, recently meant a different case — in which the claimant’s belief that sex is an immutable biological fact — failed. However, Casamitjana pleading that his belief in ethical veganism “positively improves it [democracy]” was accepted.

I agree that the claimant’s belief adds to the richness of our society and the country’s rising number of vegans may likely concur too. Is it really a surprise that employment judge Postle has found ethical veganism to be a protected characteristic? No, caselaw suggests a movement towards accepting a wide and varied understanding of what constitutes a philosophical belief. For example, in the case of Grainger; a genuine belief in man-made climate change, and the alleged resulting moral requirements, is a philosophical belief to be protected against discrimination. The crux is passing the five-point test. Yes, this does put philosophical belief on the same weighting as a person’s religious identity, but this is wholly correct as intended by section 10 of the Equality Act for “philosophical beliefs may be just as fundamental or integral to a person’s daily life as are religious beliefs”. This aligns with our article 9 right for “freedom of thought, conscience and religion” under the European Convention of Human Rights.

Though this ruling is from a first instance employment tribunal and whilst it isn’t a surprise, the implications may involve goods and service providers now having to ensure, for example, vegan meal options. This is not controversial, in 2017 Portugal passed a law making it illegal not to offer vegan food at prisons, hospitals and schools. Being a protected characteristic under the Equality Act also has potential implications for employers who may want to be aware that uniforms or office equipment be vegan-compliant.

Some are saying that this ruling may pave the way for ethical vegans to bring a judicial review challenge against the Bank of England for issuing banknotes made with animal products. It is a matter of watch this space, but for now I want to remind you not to sensationalise this ruling in any great way as it fundamentally fits with how a modern tolerant society should act; as the European Court of Human Rights observed in Kokkinakis v Greece, “the pluralism indissociable from a democratic society, which has been dearly won over the centuries, depends on it”. This ruling is simply a reflection of a progressive society.

Yara Ali-Adib is a solicitor at Broudie Jackson Canter who specialises in discrimination and human rights law.