Warwick Uni grad Chidera Ofili argues for a rethink of the good faith standard, especially where companies are ‘too big to fail’, drawing on developments in the 15 years since the global financial crisis 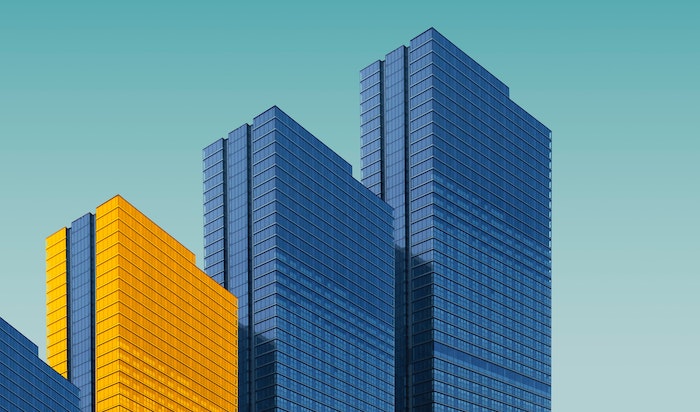 The effects of the global financial crisis in 2007-08 led to conscientious soul searching with regards to the complicity of corporate governance in engendering the numerous bank failures. Crucially, some scholars advocated that the Business Judgement Rule (BJR) or the UK’s “Good Faith Standard” led to aggressive risk taking in what were systemically important financial institutions. This article examines whether case law in England and Wales actually supports this lack of substantive assessment and also challenges a common justification for the current interpretation of the good faith standard in the context of financial enterprises.

When should courts interfere?

Despite the English courts having not formalised and, in the words of Professor Carsten Gerner-Beuerle of University College, London, “not delineated the boundaries of a director’s business judgement, within which the courts will only exercise limited review”, under section 172 of the Companies Act 2006, courts are not allowed to interfere with the board’s decision concerning an alleged breach of the duty of good faith (in pursuing the best interests of the company) unless it is one that no reasonable director could have made (referred to in public law as the “Wednesbury standard”).

This standard has mainly been interpreted to contain merely a subjective element, which is that courts are to abstain from reviewing on objective grounds whether the board’s decision was, in fact, in the best interest of the company. (For an explanation of this point, see Professor Ernest Sim, of Singapore University, in a 2018 Journal of Business Law article.) Adherence to this interpretation is, however, not justifiable due to case law which contradicts the traditional Wednesbury standard. In Roberts v Frolich [2012] 2 BCLC 625, High Court judge Mr Justice Norris, in reaching the decision that the directors had not honestly believed that they acted in good faith, carefully scrutinised how the directors arrived at the decision to continue with the development of industrial and trading units, finding them wanting.

Furthermore, in Simtel Communications Ltd v Rebak [2006] EWHC 572 (QB), despite the director asserting that he had considered the company’s best interests, the court applied the Charterbridge test [as applied by Pennycuick J in Charterbridge Corp v Lloyds Bank Ltd [1970] Ch 62 which states that directors will not breach their duty of pursuing the best interests of the company if an intelligent and honest person in the position of the director could, in the circumstances, reasonably have believed the transaction would benefit said company as an objective benchmark, holding that the director was liable for breaching the duty because an “intelligent and honest man in the position of [the director] could not… have reasonably believed that these transactions were for the benefit of Simtel”.

In both cases, Roberts and Simtel, had the court held that the directors had complied with section 172 simply because they had considered the company’s best interests in good faith, this would fail to account, in the words of Lord Justice Bowen in Hutton v West Cork Rly Co CA 1883, that “bona fides cannot be the sole test, otherwise you might have a lunatic conducting the affairs of the company… in a manner perfectly bona fide yet perfectly irrational”. It is clear, and the courts have acknowledged so, that a substantive objective assessment, akin to Ernest Lim’s “Heightened Review”, is a mechanism distinguishable from the Wednesbury standard of review in that the courts do not review the board decision or its outcome, but only the decision-making process. It implies judges should not be categorically prohibited from examining the quality of the board members and the integrity of the decision-making process is necessary as a matter of policy for the general guidance of corporate conduct.

In the context of financial enterprises and aggressive risk taking, Professor Ferrarini of the University of Genoa has questioned the need for corporate law to influence what is essentially handled under financial regulation. Ferrarini suggests that “there is no need for corporate law to enhance the duty of care… given that financial regulation already provides enforcement mechanisms to this effect”. However, I believe this argument errs in two important ways. First, it unduly underestimates the role of the corporate governance structure in the events leading up to the global financial crisis. Professor Robert E Grosse, of Thunderbird School of Global Management, in analysing the causes of the global financial crisis, argues that “managers of these financial institutions failed to exercise oversight over their employees who created and sold improperly valued assets”. Moreover, Grant Kirkpatrick points to major failures of risk management systems “in main financial institutions due to improper corporate governance procedures”. Alessio M Pacces, of the Rotterdam Institute of Law and Economics, citing a lack of a deterrence mechanism, argues directors did not have “sufficient skin in in the game”. Additionally, leaving management of directorial conduct to financial regulation ignores the importance of promoting organic growth internally in corporate governance structures.

Ferrarini also overestimates the effectiveness of regulators, who have been, I believe rather accurately, described by the UNSW Centre for Law Markets and Regulations as “political footballs” with their funding levels often “at the whim of politicians” with the opposing political side taking the brunt of the blame when markets fail.

Conclusively, reformatory proposals in response to case law and the lack of tenable justifications for the current interpretation of section 172 of the Companies Act 2006 would therefore be that the good faith standard should not protect decisions where scrutiny of the decision-making processes reveals a lack of “expertise and experience of directors, effectiveness of the oversight system of the companies…” This should apply particularly where the corporation involved is a systemic one (the so called “too big to fail”).

Chidera Ofili is an LLB graduate of Warwick University, finishing with a 2:1. He is interested in the field of corporate governance and banking and finance law, and is studying a masters in corporate law at Durham University from September.