Do the guidelines which lenders must follow provide enough protection for vulnerable parties? Lancaster University final year LLB student Oliwia Maliszewska assesses its pros and cons, and proposes reform to mitigate the additional risks of coercion during the Covid-19 pandemic 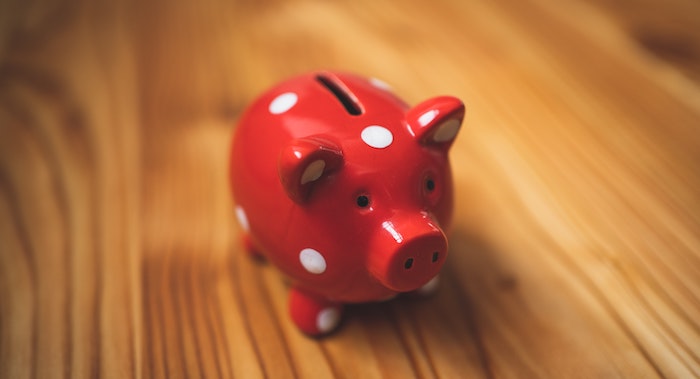 Are the principles established in the Etridge case still effective in dealing with the challenges of coercion and privacy? How did they fare during the circumstances of COVID-19?

What was changed by Etridge?

Etridge removed these classifications under the reasoning that they were of no actual use to the parties involved and changed this to two factors that the court must consider. First, the complainant reposed trust and confidence in the other party, or the other party acquired ascendancy over the complainant. Second, the transaction is one which calls for explanation or is not readily explicable by the relationship of the parties.

This change in classification aided the new notice criterion under Etridge, which is that any spouse taking on the debts of the other, and uncommercial relationships, give rise to notice. The elements of trust and ascendancy are rooted in undue influence while allowing for spousal debt to be taken more seriously, which was the intention behind O’Brien. The element of ‘explicability’ allows for non-commercial relationships to be scrutinised which, again, hits at the issue of debt being taken on by a spouse.

As aforementioned, under Etridge notice is flagged when a spouse acts as surety and there is a non-commercial relationship. The way the bank discharges its duty is new as well. Under O’Brien, the law was confusing and vague, failing to give clear guidance on how banks should discharge their duty. This ultimately hit the mortgagor the hardest, as lack of clear guidelines meant that banks could deem what steps were sufficient subjectively and without an objective guideline that ensured scrutiny for the mortgagor.

Under Etridge, the bank must: inform the party acting as surety that they must consult a solicitor of their choice, provide all the necessary financial information to the said solicitor so they can give proper advice and lastly obtain written confirmation from that solicitor that the implications of such a transaction have been fully detailed to the client. This gives a far clearer and structured manner of dealing, which helps balances the rights of the mortgagee and mortgagor far more adequately than its past counterpart, as it strays from subjectivity and provides what an independent advisor is — a key failing of O’Brien.

Academics have commended the new approach under Etridge stating that its low threshold for notice allows for the swift catchment of undue influence. To contrast again with O’Brien, one of the requirements here was to have actual notice of unfair conduct and failing to act.

This would have been difficult to obtain considering that, as outlined in the Etridge criterion, such relationships carry an element of trust which, given the evidential difficulties, severely disadvantages the mortgagor in proving they’re a victim of foul play. A report by Women’s Aid, the Domestic Abuse Report 2019: The Economics of Abuse, states that 43.1% of respondents were in debt as a result of the abuse. In serious situations of spousal abuse this is unlikely to be discovered due to fear on the victim’s part, but in situations where one spouse emotionally manipulates the victim in a one-time action to gain surety, it is unlikely that they would flag their bank on it.

Under Etridge the notice protocol is effectively immediate. Here, victims of spousal abuse cannot be blamed by their partners as it is essentially deemed ‘standard procedure’. Arguably, this benefits both the mortgagor and the mortgagee. The mortgagor has the confidential potential to be made aware of legal ramifications by an independent solicitor, which could prevent them from acting as surety. The mortgagee who realistically sees this as a purely economic venture and does not want to engage in unnecessary court proceedings, benefits from having their duty easily discharged and thus being assured that in cases of non-payment they have an easy way of obtaining security. This analysis tips toward the rights of both parties being protected equally.

It has, however, been argued that the mortgagee is unduly burdened in order to protect the interests of the mortgagor. In his 2014 article, Undue influence: a post-Etridge world, Professor Mark Pawlowski rightly points out that while Lord Wilberforce did not think the protocol imposed unworkable burdens on banks, it did go beyond the duties expressed in the then current Voluntary Code of Banking Practice. This consideration has led to a lowering of standards in post-Etridge case law. In Massey v Midland Bank plc [1995] 1 All ER 929, Lord Justice Steyn held that the requirements under Etridge should not be mechanically applied, which resulted in the meeting being attended by the debtor and the Court of Appeal ruling that the bank had in fact relieved its duty. This aspect of judicial creativity and varying the clear outlined standards of the protocol, rules in favour of mortgagees since, other than legal fees, the mortgagee is not in much of a risk. If a bank cannot obtain its security there are still other avenues of relief such as the right to sue on personal covenant as confirmed in Alliance & Leister plc v Slayford [2001] 1 All ER.

It is the mortgagor that completely loses out in such a situation as not only do they lose a dwelling due to undue influence on the part of their partner, the procedures that have been put in place to protect them have not been followed, thus limiting their legal protection. This is an unfortunate development as it is not actually the rules of Etridge that have failed to balance the rights of the relevant parties but the application of such rules, or more adequately put, the lack thereof. Furthermore, Professor Sarah Greer has also found that only 38% of lending institutions insisted on a private meeting, with 83% carrying one out as standard procedure and 17% only carrying out a meeting if the surety was to the spouse’s detriment, thus completely ignoring the rules in place to protect their lenders.

Finally, the Etridge Protocol provides minimum requirements for solicitors. These entail a private, in-person meeting that explains the nature of the documents and outlines the risks involved. The solicitor must reinforce the client’s agency in the matter and make sure they are happy to proceed. These requirements themselves are fairly satisfactory, however, I would argue that they don’t account for certain difficulties. During the recent Covid-19 pandemic, face to face contact would have been difficult if not impossible for the individuals concerned. This would mean resorting to online measures where full privacy would not be guaranteed. Here, due to no fault of the actual protocol, difficulties would ensue and the already vehement lowering of standards via the judiciary would make it impossible for mortgagor rights to be protected. The law itself is blameless, but there is a possibility to create a fail-safe having gone through a time when so many people would have likely taken out security loans and aforementioned domestic abuse victims would have been cooped up in their home with no possibility of the advice being adequate considering the lack of privacy involved.

Overall Etridge was an invaluable development in modern land law and, for the most part, it has aptly fulfilled its main purpose — ensuring that spouses are made aware of the risks that come with being put down as surety. However, the lowering of judicial standards is a development that puts mortgagors at risk and it would be in the interest of the law to create mechanisms that can be used during pandemics due to the undesirable privacy and adequacy issues created.

Oliwia Maliszewska is a final year LLB student at Lancaster university. She is particularly interested in human rights, legal philosophy and family law.

This is so interesting and such a good read. Thank you