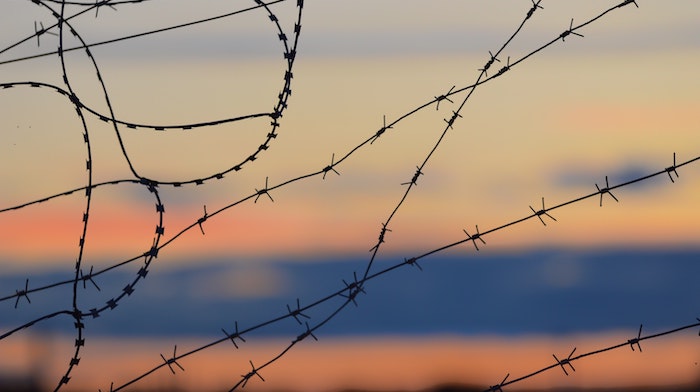 Even during war there are rules and laws that must be followed. This is known as jus in bello, the rules of war. Contrarily, jus ad bellum deals with the question of whether a conflict is legally initiated. The focus of this article will be the international humanitarian law (IHL) and customary IHL that may apply during an international armed conflict.

IHL and customary IHL establish the rules of how a state may act during armed conflicts, howsoever initiated. Therefore, whether the conflict was in breach of the UN Charter or any other international rule or not is irrelevant. The state must still comply with IHL whilst the conflict continues.

What is the point in IHL? The short answer is that as humans, we have a duty to prevent suffering. After all, humanity has gone through many disastrous conflicts which have led to major suffering and major loss of life. Further suffering and loss of life must be prevented and has no place in a modern world. IHL ensures that even during conflict there are rules that protect life and prevent needless suffering of civilians. It is the civilians that are pushed into conflicts that they did not choose to initiate and so they must be protected. Consequently, commanding military personnel and heads of state exercising their prerogative must consider IHL and its rules, otherwise they risk a reputational stain and possible criminal liability.

IHL attempts to preserve life during conflict and protect civilians and some military combatants through three main principles:

Therefore, it would be a breach of the distinction principle if foreign combatants were to indiscriminately or discriminately bombard civilian areas (such as apartment blocks) without distinguishing whether the objective is civilian or military. Additionally, indiscriminate bombings are a grave breach of the Geneva Convention. The force initiating an attack must engage in substantive target verification and do everything they can to ensure that an attack will target military objects, rather than civilian or cultural objects. For example, it can hardly be stated that apartment buildings and other residential areas or cultural sites may be part of genuine military objectives. They do not “make an effective contribution to military action…” and therefore, should be spared any destruction during armed conflict.

(2) the proportionality principle: This ensures that attacks against military objects are prohibited if they are not proportionate to the aim sought, in that a strike against a military objective is only permitted where the incidental loss of civilian life is minor compared to the military progress to be achieved by carrying out such an attack. Essentially, the attack cannot cause excessive loss of civilian life. For example, where three (or any other negligible amount) of enemy combatants are hiding amongst a civilian hub, the launch of a rocket strike against such a military target may be in breach of the principle of proportionality as the military progress would be minor compared to the potential loss of civilian life.

(3) the precaution principle: This principle aims to protect civilians from being killed during an attack, it seeks to prevent needless loss of life which may be avoided by simple evacuation. Essentially, effective and advanced warning should be given to the civilian population where a potential attack may harm them, if circumstances permit. Practically, the principle may be illustrated by the American warning of Japanese civilians in Hiroshima, during the Second World War, prior to the dropping of the atomic bomb. Here, the civilians had advanced warning to evacuate.

Evidently, the principles of IHL ensure that civilians are offered as much protection as possible during times of combat, after all they did not choose to fight. A balance is struck between the freedom to conduct military operations and the protection of civilians, the scales weigh in favour of protection of civilian life especially as military conflict is generally inexcusable in the 21st century. The parties to the 1977 Protocol I of the Geneva Conventions have all agreed to respect the Protocol and abide by it. It is also expected that states follow IHL, so why do some state actors choose to ignore it? What are the consequences of disregarding IHL?

Violations of some aspects of IHL, and grave breaches of the Geneva Conventions, may constitute war crimes or crimes against humanity under the Rome Statute of the International Criminal Court of 1998 (Rome Statute). The International Criminal Court (ICC) has jurisdiction to settle and hear cases concerning crimes of war and crimes against humanity, where the state is party to the Rome Statute. Additionally, the principle of universal jurisdiction ensures that states may vest jurisdiction in their national courts to hear war crime cases, regardless of where an act was committed. For example, in the United Kingdom such a jurisdiction was granted by the War Crimes Act 1991 to try war criminals for crimes committed in Nazi Germany or places under Nazi German occupation during the Second World War. In R v Sawoniuk, the defendant became the first person to be found guilty under the War Crimes Act 1991. Consequently, it is possible to be arrested and tried in another country for war crimes and often the states of the nationality of the person accused do not object.

Ideally, if all of the principles of IHL were respected by all of the parties to a conflict it would be difficult to commit any war crimes whilst participating in such a conflict, and the impact on innocent civilians would be reduced significantly. This is beneficial for everybody. The consequences of not abiding by some aspects of IHL may be criminal liability, and a perpetual stained reputation. Unfortunately, a prison sentence and a ruined reputation is often inadequate punishment for a war criminal and a violator of IHL and nothing can be done to bring back the dead innocent civilians, and many other victims of an often unnecessary conflict.

Michal Smigla is a second year law student at the Institute of Law, Jersey. He’s interested in contract and criminal law, and aspires to qualify as a barrister or Jersey advocate.

One minor point if I may, as I’m sure you do know, it’s Geneva Conventions, plural. Although I can see as you were just referring to one principle there could be an implied ‘relevant’ in there.

That’s a really nice overview of the principles though. Perhaps you could do a follow up on the practicalities of enforcement? Nuremberg, Tokyo, Eichmann Trial, ICC, and, as you referenced, domestic prosecutions.

Hey Al, thanks for your comment and suggestions and I’m glad you enjoyed reading it.

Would be great to take an in depth look at enforcement at some point.

As history has proven and the future will show, there are no rules in war.