The detention of migrants who do not pose a risk is dangerous, callous and illegal, argues Oxford University PPE student James Cox 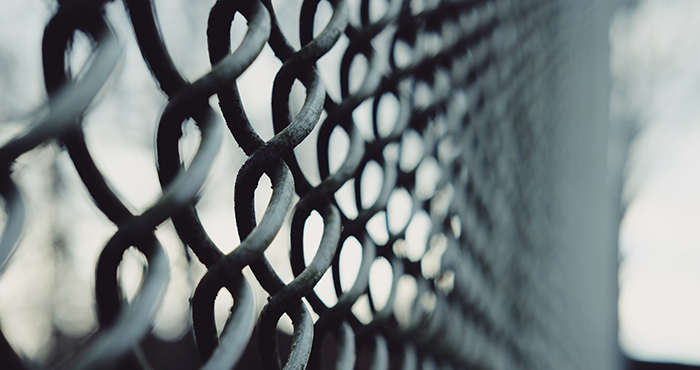 The UK’s use of Immigration Removal Centres (IRCs), or detention centres, is a controversial topic at the best of times. In light of the coronavirus crisis, their use in the detention of migrants who do not pose a risk to themselves or the public is dangerous, callous and illegal.

To begin with, it must be remembered that detained migrants are not prisoners, and that the use of IRCs form part of the administrative, not criminal process. The Home Office’s own policy states that “detention must be used sparingly, and for the shortest period possible”. The practise is, in a sense, an administrative convenience, allowing the authorities to keep track of migrants that are being processed. Despite this, detainees are kept at close-quarters in unsanitary, prison-like conditions: a “perfect incubator” for COVID-19.

This clear and obvious risk to detained migrants formed the basis of Detention Action’s legal challenge in the High Court calling for the release of 736 detainees. In a most stark illustration of the real danger those housed in IRCs find themselves: in his expert evidence, Professor Coker of the London School of Hygiene and Tropical Medicine suggested that “it is credible and plausible that 60% of immigration detainees will soon become infected with COVID-19”.

Despite this, last Wednesday the Court rejected the challenge. It cited the range of “sensible” and “practical” measures being implemented by the Home Secretary, Priti Patel, including last week’s release of more than 300 IRC detainees, and suggested that these “will be sufficient to address the risks arising in the majority of cases”.

While the ground-breaking release of migrants must be welcomed; for those that remain, this, along with handing out masks and a few other piecemeal measures, cannot be regarded as ‘sufficient’. We know that there are still detainees possessing risk factors such as hypertension, asthma and HIV, and whose continued detention places them at risk of serious illness and death. Stories have emerged of detainees not receiving free soap, making following government guidelines on hand-washing impossible; instances of cells not being cleaned after detainees displaying COVID-19 symptoms were moved elsewhere; and, in a story from Brook House IRC, of a detainee being isolated with symptoms only a day after he was serving food to other migrants. The truth of the matter is that IRCs are not only unnecessary, but unsafe, and will continue to be so in the hands of a government determined to treat migrants as criminals.

However, even if we accept the suggestion that the government will keep these migrants safe in IRCs, there remains another string to the continued-detention-is-unlawful bow. In UK law, where a migrant is not considered likely to abscond or a risk to themselves or the public, they may only be detained where there are arrangements being made to deport them ‘imminently’. This is echoed in the European Court of Human Rights’ judgment in Tabesh v Greece, which states that detention is only justified providing “deportation proceedings are in progress”. And again, with the Working Group on Arbitrary Detention stating detention is only justified “as long as a real and tangible prospect of removal exists”. And again, with a similar sentiment, in Saad v the UK. And again, in the Human Rights Act 1998, which states that detention in this circumstance is only justified where “action is being taken with a view to deportation or extradition”.

Indeed, there is a wealth of case law and legislation that states there must be an ongoing process, with an ‘imminent’ prospect of release for the detainee. Why is this relevant? Well, none of these conditions can be adhered to in light of the coronavirus pandemic. With current restrictions on travel, and lockdown measures reducing the administrative capacity of government departments, the idea that arrangements are being made to deport detainees ‘imminently’ is absurd. In many instances, migrants are not able to be removed as nations have closed their borders entirely. It is unclear how long these measures will go on for, but, in the meantime, migrants detained in IRCs do not have a “real and tangible prospect of removal”.

This was apparently conceded by Lucy Moreton, a representative of The Union for Borders, Immigration and Customs. In evidence to the Parliamentary Home Affairs Committee, she stated: “Certainly in light of the advice given by the foreign secretary, removal to anywhere globally is going to be problematic.” Further, the SNP’s Shadow Immigration Minister described removal in the current circumstances as “all but impossible”.

Clearly, then, the detention of migrants in IRCs during the coronavirus pandemic is not only a risk to public health, expensive and inhumane — but, rendered illegal by the destruction of any prospect of removal in the near future: certainly past the point in time which might be regarded as ‘imminent’. On this basis, the government must release all migrants detained in IRCs who do not pose a risk to themselves or the public.

James Cox is a second year philosophy, politics and economics (PPE) student at the University of Oxford. He is an aspiring barrister, and is currently running for president of the university’s Bar Society.