You risk your life fighting terrorists, then get treated like one when you come home 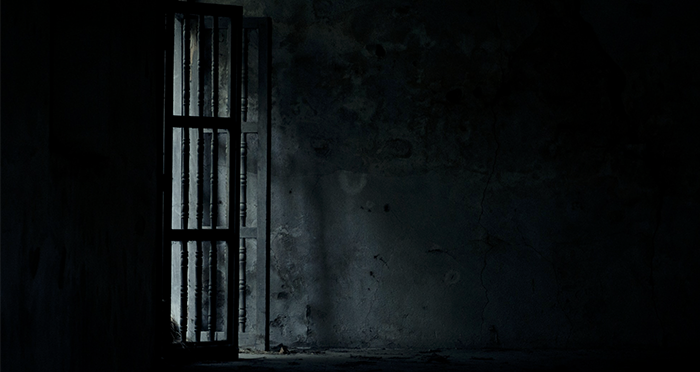 Valentine’s Day this year was no easy day for James Matthews, a former British Army solider. He spent it in Westminster Magistrates’ Court, pleading not guilty to a charge under section 8 of the Terrorism Act 2006 for attendance at a place used for terrorist training. That place was a YPG camp in Syria, where he has been since 2015, fighting against ISIS.

Meanwhile in Liverpool, still on Valentine’s Day, the police were rushing to an airport to arrest another British national, one Aidan James, as he stepped off the plane. He had left the UK in August in 2017 to join the YPG in the fight against ISIS. He has now been charged with one count of preparation of terrorist acts contrary to section 5 of the Terrorism Act 2006 and two counts of attendance at a place used for terrorist training under section 8. In short, both of these men face significant jail time for battling ISIS.

The legal definition of terrorism is extremely wide, and purposefully so. It is defined as: “the use or threat of action, both in and outside of the UK, designed to influence any international government organisation or to intimidate the public. It must also be for the purpose of advancing a political, religious, racial or ideological cause.” Much has been written on the wide scope of counter-terrorism legislation. The prosecution of Joshua Walker for possessing a copy of the Anarchist Cookbook demonstrates just how Orwellian Britain’s counter-terrorism laws are.

The judiciary has been highly critical of counter-terror legislation, particularly because the legal definition of terrorism is “remarkably broad — absurdly so in some cases”. But the key issue for these Brits fighting ISIS is that “the legislation does not exempt nor make an exception nor create a defence for… what some would describe as terrorism in a just cause. Such a concept is foreign to the act. Terrorism is terrorism, whatever the motives of the perpetrators” (R v F, paragraph 27).

The huge scope of the legislation wouldn’t be so much of a problem if it were black and white to say whether it is in the public interest to prosecute. Remarkably for most terrorism offences, such as the section 8 offence that James and Matthews were charged with, the consent of both the Director of Public Prosecutions (DPP) and the Attorney General are required to prosecute.

This is striking because you could commit an offence under the act but get away with it if the DPP or Attorney General deem it acceptable. Lord Neuberger and Lord Judge were heavily critical of this in R v Gul:

“The Crown’s reliance on prosecutorial discretion is intrinsically unattractive… [and] risks undermining the rule of law. It involves parliament abdicating a significant part of its legislative function to an unelected DPP… [which] leaves citizens unclear as to whether or not their actions or projected actions are liable to be treated by the prosecution authorities as effectively innocent or criminal — in this case seriously criminal.”

Perhaps Matthews and James thought that their actions were morally justified. That said, the UK government has been very clear since 2015, issuing repeated warnings that anyone who travels to join a foreign conflict may be prosecuted as their actions could breach terrorism legislation. A Home Office spokesperson said that “anyone who does travel to these areas, for whatever reason, is putting themselves in considerable danger”.

In fact, back in 2014, Sue Hemming, a top prosecutor of the CPS, said that: “People have got views about all sorts of conflicts… our government chooses to have legislation which prevents people from joining in whichever conflict they have views about.” Hemming added that the CPS would look at the facts of each case, but warned that the law would be applied “robustly”. Well, she wasn’t kidding.

The government has several fears. Independent fighters aren’t bound by any command structure so can essentially do whatever they want in Syria, like torture ISIS terrorists. Due to the nature of the conflict, there are serious evidentiary issues with proving that conduct such as this has occurred. Then, if the fighters make it back home, the government fears that they could be vulnerable to radicalisation and pose a security risk.

Then there’s the issue about the YPG. Though the YPG is recognised as an important ally for the West, a foreign affairs think tank has said that the YPG is actually a front for the PKK group, a “violent terrorist organisation” banned by the UK and US.

The think tank said that fighters could be drawn into terror activity at home, which would be possible due to the training in firearms and explosives they received abroad. Kyle Orton, a fellow at the centre, said:

This is an interesting perspective, considering that the Turkish government sees the YPG as a terrorist organisation. Because of the “myriad of fluid, disparate groups operating in Syria and Iraq” it can be difficult for the law to deal with fighter groups. In theory, today the YPG could be fighting against ISIS, tomorrow they could join it.

All in all, it’s easier for our government to just say that fighting in overseas conflicts is treated as a crime.

But that doesn’t mean it’s fair. Under the current law, if Hitler were to rise from the grave and you went and trained with Hamas, or the IRA, to fight against him, you could potentially be prosecuted under UK terrorism legislation. I understand and agree with the rationale behind the law here but can’t help but feel that it is operating unfairly on these fighters who are surely doing the world a service by risking their lives to destroy ISIS.

Fraser Collingham is a University of Nottingham law graduate and future trainee.