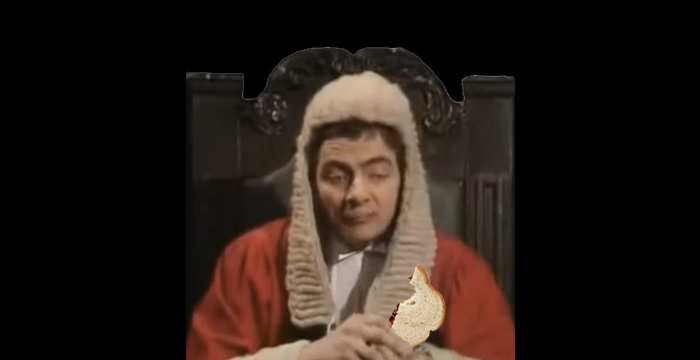 Research shows that judges make very different decisions depending on whether they’re hearing the case before or after lunch, the head of tribunals in England and Wales has said.

In a recent speech at the University of Warwick, Sir Ernest Ryder points to “an evidential study of judicial behaviour… which examined over 1,000 rulings on applications before parole boards [and] came to the conclusion that decision-making differed depending on the time of day”.

The Senior President of Tribunals was citing a landmark study on judicial decision-making in which eight Israeli judges were followed around for 10 months while they decided on applications to be released from prison on parole. They granted around two thirds of parole applications at the start of the day, but that proportion fell to near zero before the twice-daily food breaks. After eating, the proportion of prisoners released rebounded to two thirds again.

But Cambridge graduate Ryder notes that “the point from this is not to feed judges more often”. It’s that judges are people too, and prone to irrationality despite spending a lifetime learning critical thinking.

Senior judges have recently been at pains to show that the judiciary is made up of human beings rather than Oxbridge-y automatons in wigs. The Lord Chief Justice recently spoke out about the effect of online abuse, while circuit judges have taken to YouTube to showcase the benefits of applying to the bench. Press releases on judicial appointments tend to highlight whether new judges were state educated, or to mention that they were the first lawyer in their family.

As Ryder’s speech points out, human being are prone to all sorts of cognitive tics and subconscious bias. He continued:

“Judges and their judge-craft, cannot however be islands unto themselves. If we are to maintain and enhance the quality of our decision-making we need to broaden the legal method to incorporate insights drawn from other fields where critical thought plays a central role, just as we also need to have a greater understanding and appreciation of the social, economic and business context of the cases that come before us.”

And if all that fails, we can always try robot judges.