Lord Sales has defied the Daily Mail to join the highest court in the land. The top judge, one of those targeted by the newspaper in its notorious “Enemies of the People” front page, takes the oath as the newest member of the Supremes this morning.

The appointment of Sales was announced back in June, alongside Lady Arden and Lord Kitchin.

Sales, now 56, studied law at both Cambridge and Oxford University and was called to the bar in 1985. Surprisingly in light of his stellar career since then, he claims not to be a natural orator. In an interview with his old school magazine in 2017, Sales said:

“I didn’t think it would be for me because I am quite shy and found public speaking difficult… when I received the RGS [Royal Grammar School] King’s Tie from former Headmaster Tim Young in 1998, which was a real honour, I had to give a speech at school assembly and, absurdly, it felt the most nerve-wracking thing I’d done in a while. I barely slept the night before I was so nervous.”

The self-confessed “law geek” was initially an employment enthusiast but shifted to commercial law as a pupil at 11KBW. Once taken on he became junior of choice to chambers founder Lord Irvine QC — described by future Prime Minister Tony Blair, an Irvine pupil, as “tyrannical but a genius”.

That relationship proved controversial in years to come, when Sales became First Treasury Junior Counsel — in effect, the government barrister of choice for big cases — in 1997 at the age of just 35 and without much prior experience in public law. Irvine was Lord Chancellor at the time, leading to press complaints about “cronyism”.

Sales held the position until 2008, regularly racking up more than half a million in fees every year, until taking a big pay cut to join the High Court.

Moving up the ranks, Sales joined the Court of Appeal in 2014. In that lofty position, he’s been involved in deciding high-profile cases such as a Labour party voting row and the Miller Article 50 case. It was the decision in Miller that saw Sales, along with two other judges, branded “enemies of the people” by the Daily Mail. The fallout saw security at the Sales family home reviewed by anti-terrorism police. 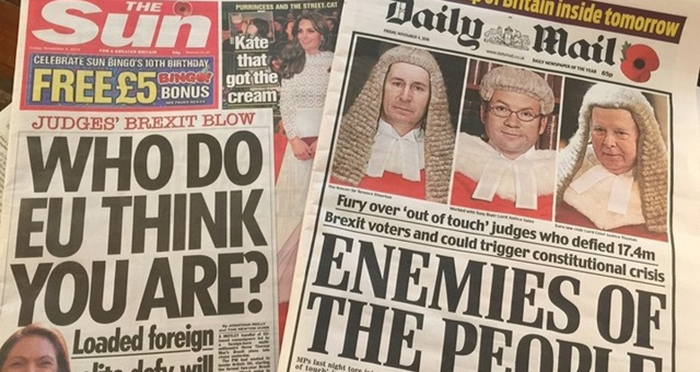 Many of Sales’s cases on the Court of Appeal have been in the immigration law field, where his judgments are seen as reliably pro-government by lawyers representing migrants and asylum seekers.

But former chambers colleagues say that Sales is well cut out for his new role. Sean Jones QC told Legal Cheek: “I have the very greatest respect for him. He manages somehow to be down to Earth and pragmatic whilst taking a great joy in tackling the most intellectually challenging questions”.

While 11KBW veteran James Goudie QC said that “he masters previously unfamiliar areas totally and rapidly, so is very well placed for the full range of Supreme Court and Privy Council work”.

Sales, who enjoys reading, hiking and swimming in his spare time, is married to clinical psychologist Miranda Wolpert. He joins fellow Supreme Court newbies Kitchin and Arden, who took the oath in October 2018. That occasion was marked by an official Instagram story. We’ll be looking out for some Salesy selfies.