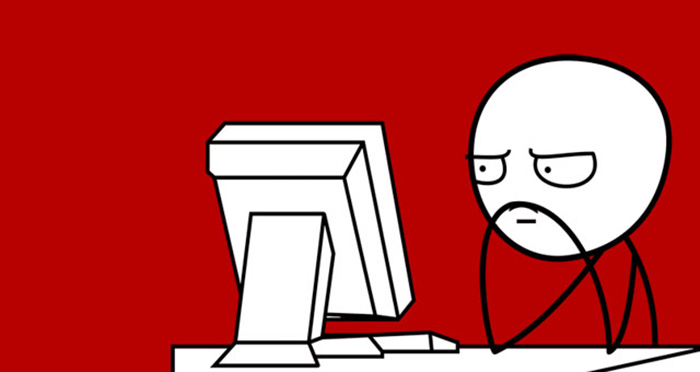 As if the pursuit for pupillage wasn’t stressful enough, London’s 2 Bedford Row was forced to revoke a number of interview offers after some wannabe barristers received invites by mistake.

The criminal set, which takes on four pupils a year, notified a number of candidates by email this week that they’d been shortlisted for a first-round interview. However, as one source explained to Legal Cheek, the email failed to mention the date and time of the interview.

For some, unfortunately, the mixture of elation and confusion was shortlived. A number of pupil hopefuls received a follow-up email with the rather tantalising subject heading “Revised Interview Offer”, only to be informed that the original offer had been revoked and their application rejected.

A spokesperson for 2 Bedford Row told Legal Cheek: “In 2019, 2 Bedford Row withdrew from the Pupillage Gateway in order to manage our own online portal with a third party providing IT support. On the 27th March 2019, we identified that a ‘pro forma / test’ email was sent out to a number of applicants in error. We have been working hard to try and identify how this happened.”

“In the meantime, we have personally contacted all those affected in order to convey our sincere apologies.”

Needless to say, 2 Bedford Row’s email blunder didn’t go down well with wannabe barristers. “I’m surprisingly upset”, wrote one applicant on the website The Student Room. “I could have taken a straight rejection, but an interview offer, followed by a ‘sorrreeeee’ email half a day later was rather overwhelming!” While another, rather optimistically, commented: “Could that mean that those who didn’t get a reject are still in the running lol”.

This, however, isn’t the first time a chambers has fired off interview invites in error.

As a qualified solicitor, the tears of wannabe barristers make me laugh. Imagine spending all your time and money on something as unlikely as the chance of a pupillage – it’s like the world’s worst lottery ticket, except that lottery tickets don’t cost £20,000.

Congratulations on your lack of ambition!

Congratulations on your lack of employment!

Bet the original poster sits behind counsel taking notes and then bores women in wine bars pretending he has spent all day in court bossing the judge around as a litigator.

Yes, let the tears flow through you.

The women don’t stay long enough to be bored.

(Alex – you have now censored this comment three times. There is absolutely nothing wrong with it. It is not offensive in any way. If you disagree, grow a spine and explain why.)

But generally, if you land a TC you are on a decent salary for the TC and then, on the basis you’re not a muppet, you’ll get a significant increase when you qualify. Whereas baby barristers earn a lot less for much longer (sad but true).

Down voter clearly has no idea. Lolbags.

But we both know that when things get remotely difficult, you farm it out to counsel.

Even if that was true (which I don’t believe it is), it still doesn’t compensate for the fact that you’re without a pupillage and unlikely to get one*. You can’t rely on the professional/intellectual success of your desired profession if you’re unable to become a member of that profession.

But keep getting mad – like I said, I feed off your despair.

*(Assuming you are an aspiring barrister).

It’s difficult to get pupillage.

It’s also difficult to get a training contract.

The main difference is that most barristers pay for their training up front.

Personally, having previously been seconded in-house while a practising barrister, I wouldn’t trade self-employed practice for having a line manager and needing to be at a desk for a certain time in a million years. But each to their own.

If you are good enough to make it in private practice then getting a pupillage is usually very easy. Pupillage is a filter for those that need a reality check.

It is true though, for a number of reasons. It is really only in crime that solicitors exercise their higher rights to a significant extent and that’s largely because the government made criminal litigation commercially unviable a number of years ago.

The Scottish government did this in reverse! Sent rejections to a random group of trainee applications before taking it back only to reject them again 2 weeks later!

They have a leg up on 2BR

You realise then that there’s more chance of hell freezing over than the UK leaving with no deal, yeah?

You also realise that there’s more chance of Lord Harley getting a Supreme Court brief than our MPs letting no deal happen by default yeah?

Shall I direct you to the relevant colour coded graphs of the votes last night to make it easier for you?

If they don’t vote for something, then it’s no deal

They won’t vote for the deal

So it’s no deal

Parliament demanded to be heard.

Turned out it had nothing to say.

As I say, read the results.

Pretty clear that, backs against the wall, customs union and/or second referendum will be the outcome.

But not to worry, you’ll be able to post this sh1t on the Guido comments section for years to come.

Duh! He has ALREADY HAD Supreme Court briefs you turpid fool!!!!!!!

Anecdotally, Bedford Row is by far and away the best street in legal London.

A pleasant tree lined road flanked by handsome Georgian terraces, which isn’t subject to heavy traffic or used as a rat run.

Close to the glorious environs of Lambs Conduit Street, which is one of London’s best kept secrets and most probably the most pleasant street in the capital full stop.

Close to the Fryer’s Delight, one of the best fish and chip shops in London.

Marvellous butchers on Theobalds Road just at the top of Bedford Row.

Leather Lane – probably the best place to get lunch in central London – a short walk away.

I don’t know why anyone would bother slumming it down in the cramped surroundings of Temple and the like, with only Fleet Street’s grim chain offerings for lunch and frankly substandard coffee.

Queen Ann rather than Georgian IIRC. In all other respects you are spot on.

In all other respects, you are spot on.

(cannot find the accent on my keyboard so white flag time)

Some of the email recipients were later disappointed to find out that they had in fact secured an interview.

Surely if they have failed to contact you then your interview is not cancelled?

my email said you have an interview on at . I don’t know how many interviews you’ve been to without knowing a day and time

ye the emails stated your interview is on _ at_. Do you want us to pop into 2BR on a regular basis to see if it’s time yet?

Those who were upset by this are clearly not cut out for the Bar, where the hide of a rhinoceros is a prerequisite.

Those who have complained/ been upset by this have validated 2BR’s decision not to interview them.

Not sure what the numbers were, but surely just interviewing them all would save face and reputation?

But god, could you imagine having to spend time faking interest in a no-hoper candidate? It is bad enough making it through interviews after you’ve decided, usually after three minutes, that they are a “no”.

This is no surprise. They like to cultivate a sort of aloof image at 2 Bedford Row.

25 purported comments yet only 2 visible.

Have a word with yourselves, legal cheek staff

I’ve yet to meet an honest Barrister ….

It is not about being honest. It is about being able to plausibly justify you are not being dishonest. That’s where the money is.

This happened to me on OLPAS in 2002. I still am not over it. Didnt get on the internet though.