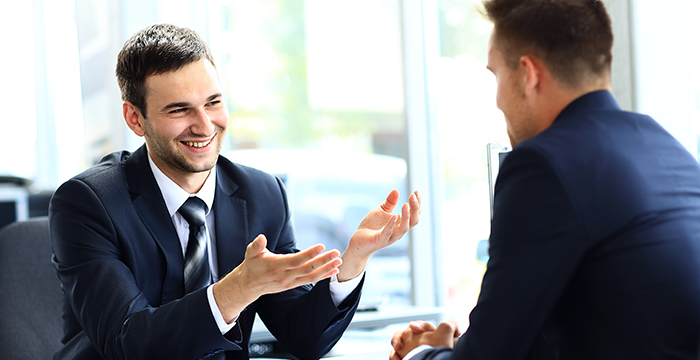 A leading body language expert has revealed what law firm recruiters should look out for when interviewing prospective trainees and lawyers — and it’s only fair we share them with you guys.

First up, eye contact. This is a crucial indicator of confidence, according to body language pro Robert Phipps, who has appeared on TV programmes including The Trisha Goddard Show and Big Brother’s Little Brother. But a word of warning. Phipps advises recruiters to look out for signs of bluffing, as it’s not uncommon for someone who’s faking confidence or honesty to overdo it.

Aspiring lawyers should be aware of their posture, stance, and the way they walk. Slouching implies a lack of confidence or worse, laziness, while a wider gait is typically a sign of confidence. Again, he warns recruiters to keep an eye out for candidates who overdo this in the hope of appearing confident, when they’re actually not.

Elsewhere, the body language guru reveals that confident wannabe lawyers tend to keep their head either horizontal or slightly raised, whereas self-doubters will position their head slightly lower. Moreover, candidates who jiggle their feet or legs are likely to be feeling insecure and are keen for the interview to end as quickly as possible.

He also advises recruiters be aware of micro-expressions, the brief involuntary facial movements, lasting only a fraction of a second, that candidates make before they adopt their desired expression. There’s no way of controlling them and interviewers should keep an eye out for them when asking those all-important killer questions, according to Phipps, who has produced his list of tips as part of a report for Grosvenor Casinos.

Rounding off his list of body language pointers, Phipps warns that if a candidate uses overly animated hand gestures that seem out of sync with what they’re saying, then they could be lying. This happens because people who are prone to telling porkies will use gestures to buy time while they figure out what to say next.