It’s a very bad sign if the judge is trying to lighten the mood, research shows 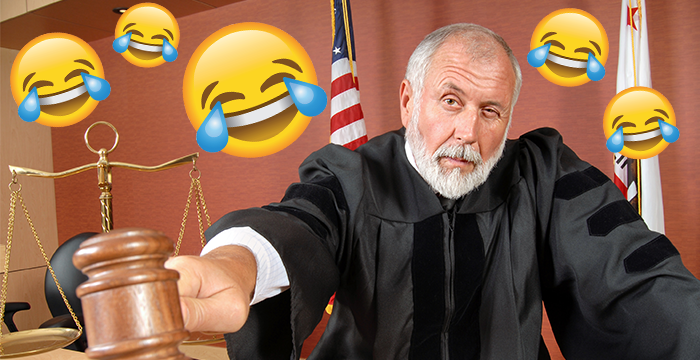 Judges cracking wise in court is no laughing matter: new research shows that jokes from the bench are usually directed at the losing side.

Academics studying US Supreme Court hearings have found that judicial humour follows a pattern, with joking comments generally directed at junior lawyers or those with an unconvincing case.

The researchers, who examined 9,000 examples of judicial jests, say that “the justices overwhelmingly direct their most humorous comments at the advocates who they disagree with, the advocates who are losing, and at novice advocates”.

The finding comes from a forthcoming paper in the Vanderbilt Law Review. The authors took into account “every episode of laughter” recorded in Supreme Court transcripts from 1955 to 2017.

The paper comes complete with some of the justices’ greatest hits. Neil Gorsuch, for example, said during a hearing on whether Christians should have to make a wedding cake for a gay couple: “In fact, I have yet to have a wedding cake that I would say tastes great”. The authors do not suggest that the judges should give up their day job.

But they do say that jokes serve a serious purpose. Gorsuch’s chat “was emphasizing that wedding cakes are not made or consumed for the taste but for their symbolism and artistry, a jest that worked in [the bakery’s] favor” — and he ultimately found against the gay couple.

Barbed humour was a favourite weapon of the famously acerbic justice Antonin Scalia. The conservative icon, who died in 2016, was “responsible for approximately three quarters of one laugh per oral argument on average”, making him “clearly number one” in the banter stakes.

The most high-profile example of judicial joking here in the UK came during the landmark Article 50 case. Supreme Court president Lady Hale and top QC Lord Pannick took a moment to debate the pronunciation of crucial precedent De Keyser. Hale thought it was pronounced like “geezer”, but Pannick was on team “Kaiser”. 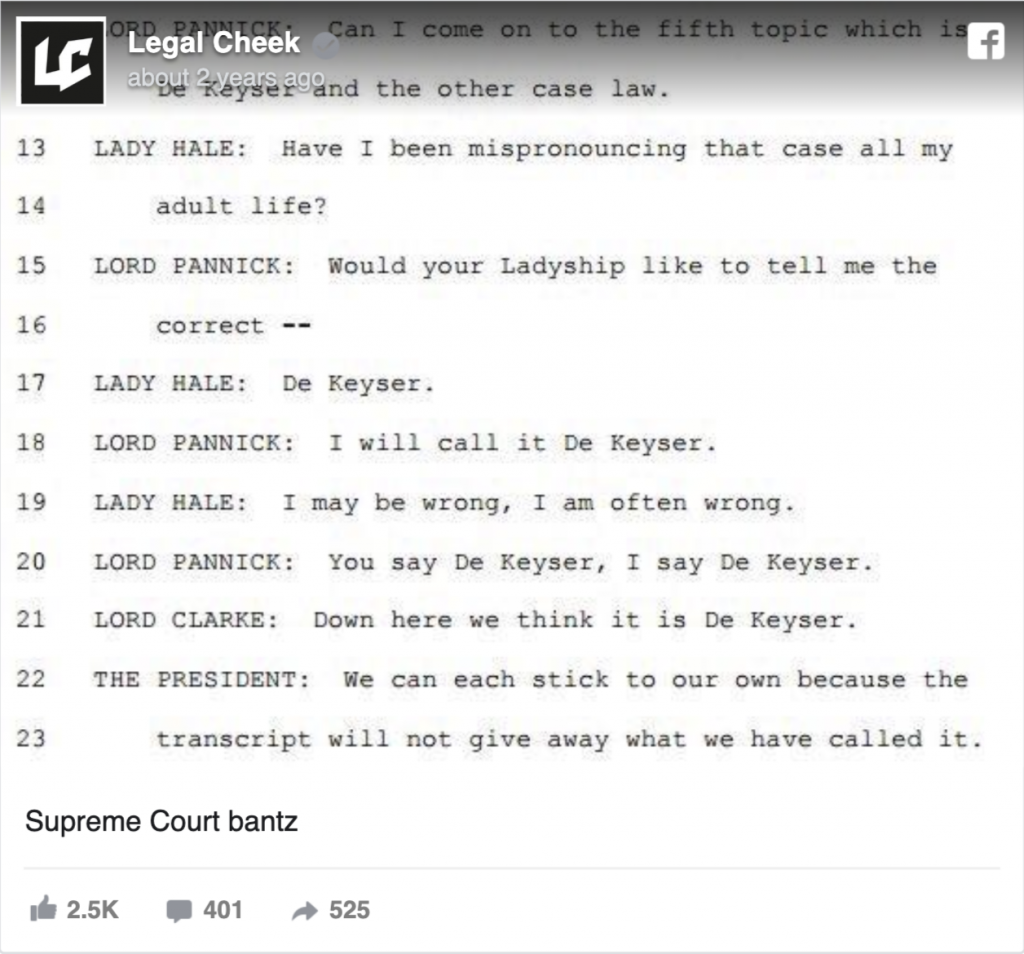 The bantz even sparked a Lord Pannick T-shirt range. It would have been fairly easy for the Blackstone Chambers ace to have a sense of humour about the garments: unlike the US examples, he won the case despite the joke coming his way.

I have been given permission to post this, @seanjonesqc #dekeyser pic.twitter.com/rv5RR0oVvt

Sign up to the Legal Cheek Hub
Judges US

Those who do, do.

What a pointless piece of legal research, even when compared to the vast body of useless legal academic research.

That may be true in the US, but my experience of judges in E&W is that humour is used more to lighten the mood, break tension, or foster a sense of collegiality. I’ve only come across one or two absolutely horrible judges who crack jokes at the parties’ (or their lawyers’) expense.

I can believe this. From my extensive review of videos on YouTube, it seems that judges in the US are generally a horrible lot. Grandstanding, emotional, vengeful and often religious and not ashamed to show it.