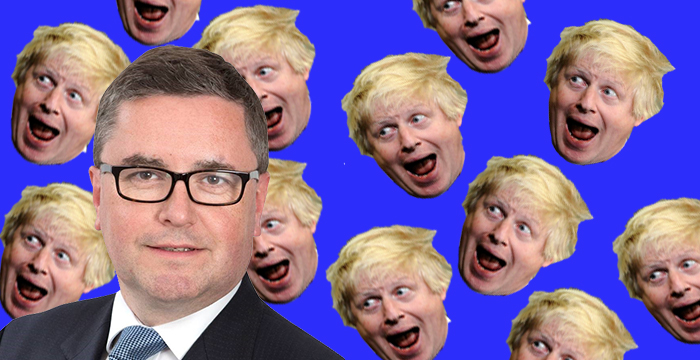 Last night’s cabinet cull saw ex-barrister Buckland replace David Gauke, who resigned yesterday, fulfilling his pledge to do so if Johnson got his hands on the keys to Number 10.

Buckland, MP for Swindon South, was called to the bar in 1991 and practised as a criminal barrister at Apex Chambers in Cardiff, Wales. He was also a door tenant at 23 Essex Street Chambers, and in 2009 appointed a recorder of the crown court, sitting on the Midland Circuit.

Buckland secured silk status in 2015 following his appointment as solicitor general, deputy of the attorney general, by the then PM David Cameron. He was made the minister of state at the Ministry of Justice earlier this summer.

Responding to the news, Buckland’s predecessor, ex-Macfarlanes lawyer Gauke, cheekily tweeted: “This is a good appointment. Not a solicitor, merely a barrister, but this will go down well.” Meanwhile, the Criminal Bar Association (CBA), which has locked horns with the government in recent years over the plight of legal aid, said: “We look forward to continuing our work with you on the crisis in the criminal justice system.”

Elsewhere during last night’s reshuffle, ex-Linklaters rookie Dominic Raab returned to the cabinet as foreign secretary, while Robert Jenrick, a former lawyer at Skadden and Sullivan & Cromwell, was made secretary of state for housing. Geoffrey Cox QC, a former barrister at Thomas More Chambers, retained his role as attorney general.