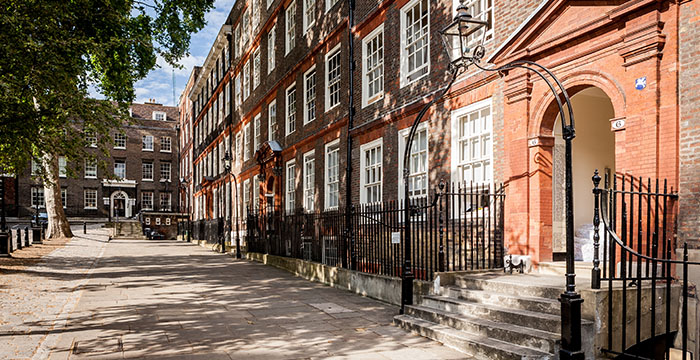 All chambers in England and Wales will need to bring their pupil recruitment processes in line with the Pupillage Gateway timetable, the Bar Standards Board (BSB) has confirmed.

The Gateway, operated by the Bar Council and runs from November through to May, prescribes the set timetable for each stage of pupil recruitment, including the publication of adverts, submission dates for applications, shortlisting, interviews and making offers.

Previously chambers were required to advertise their pupillage vacancies on the Gateway but did not have to adhere to its timetable.

The BSB says the new rule, which comes into force on 1 November, will make pupillage recruitment “fairer and more consistent”

The Pupillage Gateway closes next week: Find out more about life at the leading chambers by checking out Legal Cheek's 2020 Chambers Most List

Separately, the regulator confirmed it will now require mandatory contracts between pupil barristers and their chambers in order to improve each party’s “awareness of their obligations”.

The written agreements, which must be in place for all pupillages commencing from 1 May, will make the pupillage experience across the bar more consistent and could, according to the regulator, help reduce the risk of pupil barristers being subjected to “inappropriate behaviour”.

The Bar Council previously backed the move, claiming some sets were guilty of “truly shocking” treatment of their pupils, and that written contracts might concentrate chambers’ minds on their responsibilities.

Commenting on the reforms, BSB director of strategy and policy, Ewen MacLeod, said: “The introduction of a single timetable will make pupillage recruitment fairer and more consistent, while written pupillage agreements will enhance pupils’ and chambers’ understanding of their obligations.”

“The decision to introduce these measures reaffirms the BSB’s commitment to make bar training more accessible, affordable and flexible while sustaining high standards. We are committed to working closely with the profession and the Bar Council to implement these reforms”.

More awful impositions by the thought police. When the “diversity” warriors say “jump”, the BSB says “how high?”.

So the BSB think a piece of paper will stop inappropriate behaviour and exploitation of pupils?

I have in my hand a piece of paper.

That will secure diversity in our time.

I did not know there was any diversity issues at the recruitment level. BAME recruitment levels mirrors the population and there are more women offered places than men. So what’s your beef?

There is quite a lot of regulations governing pupillage as it is (although I’m in favour of these reforms).

It’s third sixers and squatters that really need regulatory protection but there’s nothing in place beyond general barrister to barrister obligations, and there’s no proposals to change that…

Some chambers take the mick with how they treat third sixers.

Unpaid work, chain to the desk mentality, psychological abuse, you name it.

Without regulation you will always get unfit people engaging in this sort of behaviour. If the BSB were serious they would have cracked down on this long ago. Guarantee if they launched a consultation with a guarantee of anonymity for contributions, they’d find the responses most enlightening.

The BSB churns out policy after policy. What we need are binding rules which are monitored and enforced.

For instance, pupils during first six are often made to do unpaid work for which barristers bill the client, directly or indirectly. This could be prohibited.

During second six, pupils often incur great expense at covering low paid work in far flung courts just so senior members of chambers can then receive more lucrative work from those solicitors. This could be better regulated.

The work isn’t unpaid. You get a pupillage award.

No it won’t. The benefit brought about by the flexible timetable is that it allows working full-time and studying part-time to apply throughout the year at their own pace, hence not missing out on applications during the pupillage gateway timetable. This will lead to many being disadvantaged.

Can you imagine any other industry where trainees could only be recruited at one specific time of year?

How much hand holding is necessary for aspiring barristers?

Requiring all vacancies to be advertised in a single place is sensible, but I can’t say the same about this.

This is a much needed change.

Some chambers were making offers and requiring a response so early in the timetable that candidates were forced to accept before even having a first round interview at most of the sets they were invited to.

The Bar is a small profession and it relies on Barristers quickly finding a set to practise from that is a good fit for them, both socially and with regard to the kind of work chambers generally receives. Forcing pupils to accept their 6th choice set before interviewing at choices 1-5 is non-ideal in that regard.

There’s no use comparing the Bar to other sectors. It is obviously a niche case which needs its own rules. It is a largely self-employed profession which pays pupil grants out of pocket on a strictly regulated training regime, with multiple mandatory training components at fixed times throughout the year.

It’s been close to 10 years since I was applying for pupillage (successful at the second attempt) so apologies if my observations are out of date.

I think standardisation of applications/timetable is a positive step with regards to some aspects of this flawed system.

One thing I recall was a high number of ‘fake’ pupillage adverts. These often had a deadline of 2-7 days, and were in incredible niche areas such as international criminal law for example. They required eg a 2-3000 word essay in an incredibly complex area to be completed in that short space of time.

They were clearly designed for a pre chosen candidate – the same chambers often had internship schemes or the like.

On the other hand I can see it disadvantaging eg the employed bar or GLD – seems a plan focused on self-employed, large established sets only.

GLD will be exempted for sure

The GLD will do as they please because they are government lawyers.

The effect of this, like many other recent changes, will be to reduce the number of pupillages available each year.

I too assume that this will be the result

Which won’t be happening as the naive will be willing to plough on because their mother told them they were good enough and the universe would provide a place for them, and because running these places is a numbers game.

There has been a drop off but its not fast enough. To be honest scrapping the BPTC and replacing it with some sort of test at the end of the first six would be better. I don’t honestly think it would actually make people worse during the first six either.

I did first 6 two years after BPTC. I’d basically forgotten all BPTC stuff which I’d crammed for exams anyway, and was living off my wits/initiative.

Anyone who is going to make it could learn all the BPTC materials in 4-6 weeks online.

I disagree entirely with Anonymous @ 7:30. The BPTC is certainly useless – but it isn’t easy, especially if you are under pressure to get a particular grade. My chambers had made it clear to me that they wanted an outstanding, and the pressure was truly miserable. The random element only made it worse.

The ease of passing depends on an innate talent for memorising a vast number of entirely useless facts and this is entirely unconnected to academic ability. Great if you have a photographic memory, but I really struggled.

I ultimately got an outstanding but I don’t flatter myself that it was due to anything more than luck. Many of the best students on my course did poorly, and many of the worst did rather well.

It is a disgrace to the profession.

The BPTC is a walk in the park. Even if passing depended on the skill sets you mention, those are exactly the skill sets needs to make it at the Bar. Between people who can learn and react quickly to plodders who have to work hard to achieve in half a day what the quick can do in an hour, the plodders lose out.

The BSB’s announcement is just reverting to the policy the Bar Council had about 15 years ago. Back then there was a single pupillage timetable whether you used the then pupillage portal to advertise pupillages or not. Suddenly and without announcement, that requirement was mysteriously absent from updated policies. As a result some chambers started recruiting earlier and earlier and chambers that used the Portal, now Gateway, saw a drop off in applications. Consequently the Gateway timetable was moved forward as well. That apparently hasn’t fixed the problem hence the reversion to a single timetable, which I, for one, welcome.

There is one reform the BSB have not considered yet. Since the majority of chambers recruit at least a year in advance, Pupillage Gateway should be held from July onwards (after results day) and open only to BPTC graduates. This would dispense with the ridiculous pressure of applying when you’ve barely got halfway through the course.

Maybe they could have a draft, like the NFL do every year, with chambers competing to get the best BPTC graduates rather than the graduates throwing themselves at the mercy of chambers.

From what I have gathered over the years and having read a handful of the comments above, the process of applying for pupillage has always been pretty shit. It will continue to be pretty shit.

No one wants to take the difficult course of action that is so sorely needed. All training should be moved back to the Inns, and a strict, low cap should be placed on enrollment numbers, allowing only the most talented to start the course. Scholarships can still be doled out to the most deserving. Accessibility and diversity will suffer, but it’s better than having a horribly oversaturated market full of skint pupillage chasers and squatters, and chambers taking the piss with their recruitment processes.