The legal arm of the environmental activist group Extinction Rebellion descended on Slaughter and May’s London headquarters this morning in protest over the firm’s ties to the oil and gas industry.

From 8am, Lawyers for Extinction Rebellion — a group for lawyers, legal professionals and law students interested in climate change activism — gathered outside Slaughters’ Bunhill Row office for their latest demonstration: “Stop ‘Slaughtering’ our Planet!”

On the scene at Slaughter and May where Lawyers for Extinction Rebellion are protesting against the magic circle firm's ties to the oil and gas industry pic.twitter.com/SysA6fsrg1

According to the flyers handed out by protestors, Slaughter and May was targeted because of its involvement advising UK oil company Premier Oil on its £600 million acquisition of North Sea oil fields from BP and Dana. 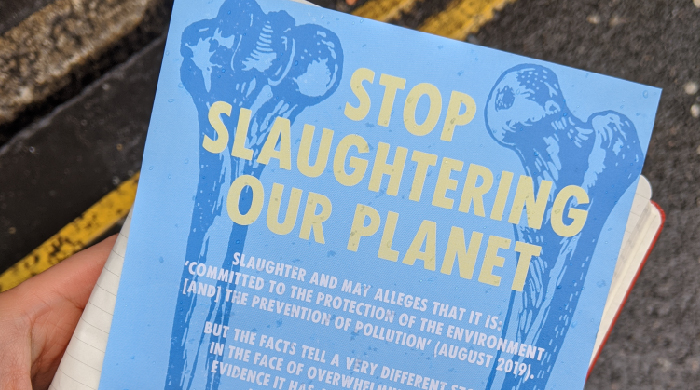 Having decorated the street with banner and posters, the group then protested with an orchestra of banging drums and cowbells.

To the sound of banging drums and cowbells, Lawyers for Extinction Rebellion gathered outside Slaughter and May's London HQ this morning to protest against the firm's ties to the oil and gas industry. Story coming soon; watch this space ??

Two protestors dressed in hazmat suits laid down at Slaughters’ main entrance, which was sealed off and guarded by the firm’s security team. 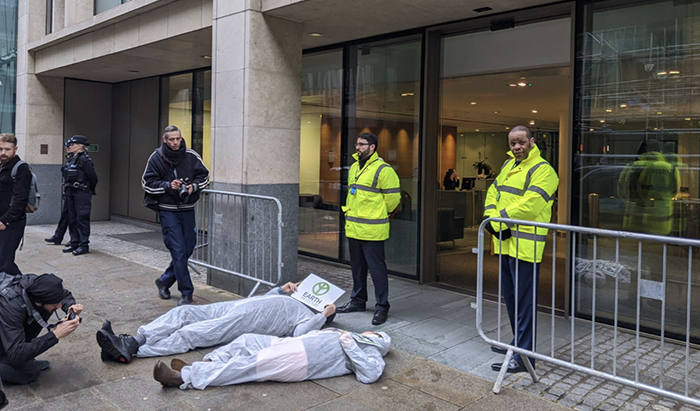 One protestor described the protest against climate change as “a wake up call that Earth, our home, is on fire”.

To avoid the disruption, Slaughter and May lawyers were directed to the firm’s back entrance on Lamb’s Passage, where they were greeted by a cluster of peaceful protesters distributing flyers and copies of the lawyers’ declaration. 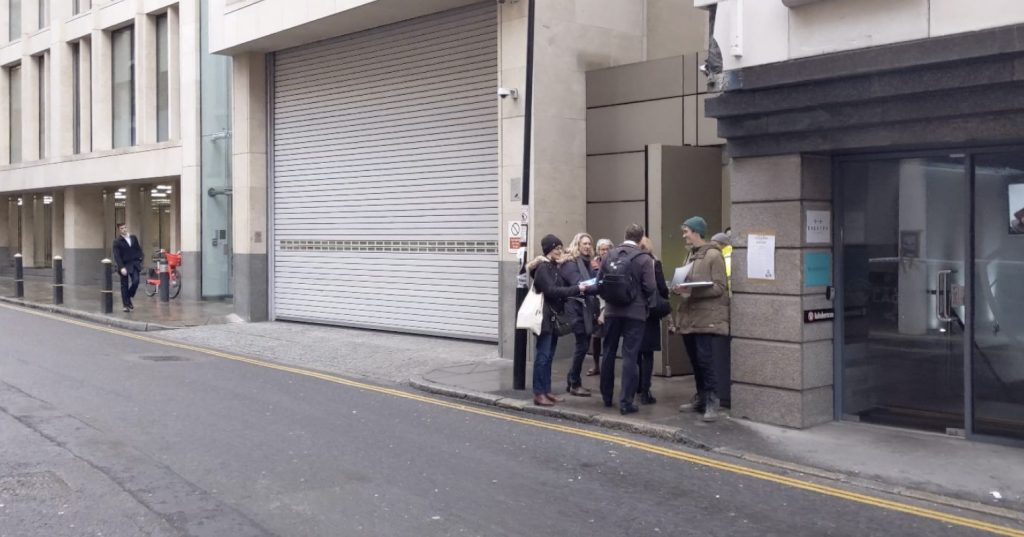 Protestor Ben Lloyd Jones, a University of Edinburgh student studying Arabic, who was assigned to the firm’s back gate, told Legal Cheek that although largely ignored by the entering lawyers, the response overall was “very positive”. 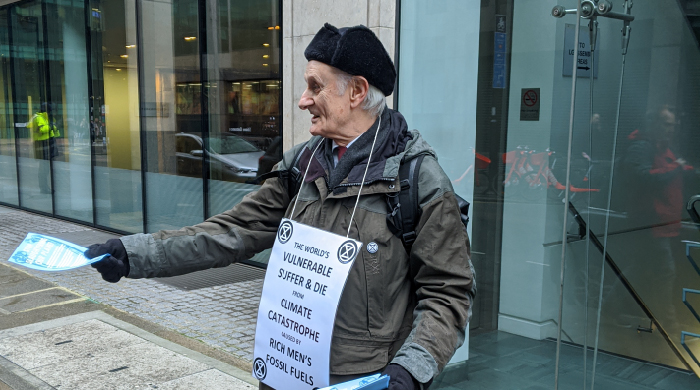 Although a peaceful protest, police were also on the scene. 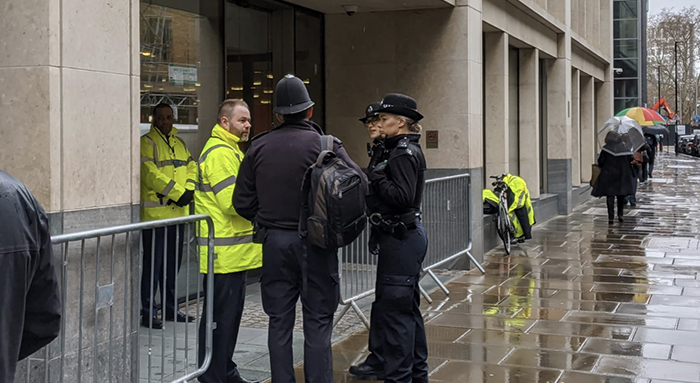 Jeff Twentyman, Slaughter and May private equity partner and co-chair of the UK Stakeholders for Sustainable Development, was seen chatting to barrister Paul Powlesland, who earlier on read out passages from the lawyers’ climate manifesto.

“We had a good natured and respectful visit from LawyersforXR. They posed thoughtful questions applicable to many professional services firms. They recognised there are no simple answers, as do we, and we have no doubt that the issues they raise will be discussed further.”

Powlesland, who revealed that he completed a vacation scheme at Slaughter and May in 2006, said that going forward the group aims to take “more action outside [law] firms and possibly chambers in London that are representing those with a greater responsibility in the climate crisis”.

This action follows the group’s demonstration outside the Royal Courts of Justice last year, where they called for the profession to “step up and take a positive role in tackling the biggest challenge facing our planet”.