He was just a few months qualified at the time 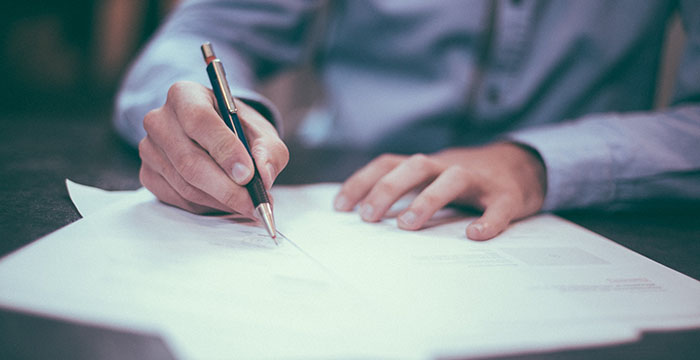 A junior solicitor has been struck off for backdating a client’s signature on some legal aid paperwork.

Charles David Myers was just a few months qualified when he committed the forgery. He then tried to “destroy” the application ahead of an audit, but finally ‘fessed up to superiors.

Myers said that he had been “under an untenable level of pressure”, but the Solicitors Disciplinary Tribunal (SDT) found that “these were serious acts of dishonesty” and banned him from the profession.

Myers started working as a paralegal for Minton Morrill Solicitors in February 2014. The Leeds firm eventually awarded him a training contract, and he qualified in August 2017.

But it wasn’t a happy time for Myers, who later told the tribunal in non-agreed mitigation that “he was placed under an untenable level of pressure by the firm, undertaking approximately half of his training contract whilst…his supervisor… was on maternity leave”. He also claimed to be “effectively the senior inquest lawyer at the firm” during this period, “with no day-to-day supervision available, and was left to supervise another (more junior) trainee and to train and supervise a paralegal in the department”.

Against this backdrop, in November 2016, Myers met two clients who wanted to be represented at an inquest. Minton Morrill agreed to take the case on legal aid. Myers failed to get the necessary signatures at the meeting, but the legal aid certificate was granted anyway.

The inquest took place in November 2017. At some point beforehand, Myers realised his mistake: “the client’s declaration and the Form CW1 were not signed”. He got the clients to sign the documents at the inquest, but put fake 2016 dates alongside the signatures.

But Myers fatally messed up the backdating. The legal aid application was dated 22 December 2016, whereas the false date was 23 December 2016.

He realised his mistake when preparing for a Legal Aid Agency audit in early 2018. With the documents dated after the application date, an audit would likely see the legal aid cert declared invalid and the money clawed back.

Myers then tried to change the fake date to something earlier, but his attempted forgery “rendered the form unusable as his attempted amendment was obvious”. He promptly disposed of the evidence, putting the paperwork “in the shredding bag on the landing outside his office”. Myers eventually came clean to one of the partners.

Before the SDT, Myers admitted the various allegations and that he had been dishonest. In mitigation, he told the tribunal that his actions “were borne out of an extended period of unsustainable levels of responsibility, pressure and stress, commencing in late 2016”.

But the panel found that “these were serious acts of dishonesty committed over an extended period which were to the detriment of the firm. The case plainly does not fall within the small residual category where striking off would be a disproportionate sentence”.

The judgment also records that Minton Morrill ultimately handed the money — £4,423.60 — back to the Legal Aid Agency. The firm has been approached for comment.