Trio of Supremes open up about life on top bench 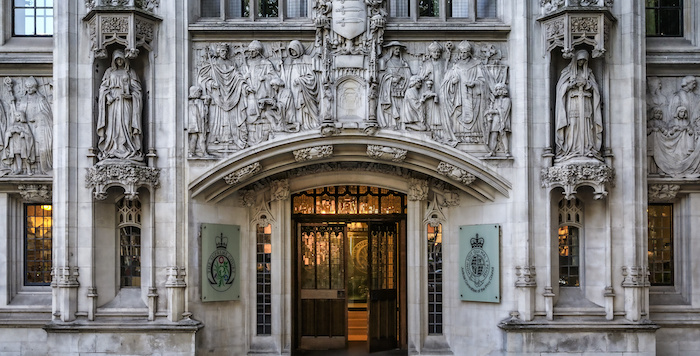 The Supreme Court has quietly launched a new podcast series as part of its ongoing efforts to attract applications from a more diverse array of wannabe justices.

Having a casual browse through the database of MPs’ written questions to the Ministry of Justice — as you do — Legal Cheek came across a reply from junior minister Chris Philp referring to “a series of short podcasts, featuring interviews with serving Justices, which will launch on the Supreme Court’s website later this week”.

As keen Supreme Court-watchers, we were intrigued. A quick call to the good people at the Middlesex Guildhall established that there is indeed an official court podcast, and it’s already up and running — albeit tucked away on the Judicial Vacancies page.

The podcast is part of efforts to demystify the work of the justices. Lady Arden, Lord Burrows and Lord Lloyd-Jones each get an episode talking about their career, their path to the top bench and the day-to-day work of the Supremes.

Arden speaks about the importance of diversity on the bench — a hot topic with the looming retirement of Lady Black from the mostly male court — while Burrows describes the “nerve-wracking” interview process.

Burrows, a former Oxford academic, says that the relentless variety of cases — from crime to shipping to unjust enrichment — can take justices out of their “immediate comfort zone, but that makes it all the more interesting and all the more challenging”.

And he speaks warmly about his welcome on board back in June, despite it being “in some senses far from ideal” to start work during a pandemic. “The President of the Court met with me prior to my first case to check that all was well and that I knew what I was doing,” Burrows recalls.

Lloyd-Jones, meanwhile, introduces himself as a “Welshman born and brought up in South Wales”. He also admits to having nerves when he applied to step up from the Court of Appeal, saying that he did so “with my heart in my mouth”.

But he’s keen to stress that although the application process is “rigorous”, it’s also “very fair and I didn’t feel at all bruised by the experience”.

Corporate lawyers feeling bruised by their 12-hour days might be attracted to a judicial job: Lloyd-Jones says that his typical working day is a relatively chill 8.30am – 7pm.

The court is keen to attract job applications from “those who would increase the diversity of the court”. Head honcho Lord Reed has said that he wants to see a black, asian or minority ethnic justice by the time he retires in 2026.