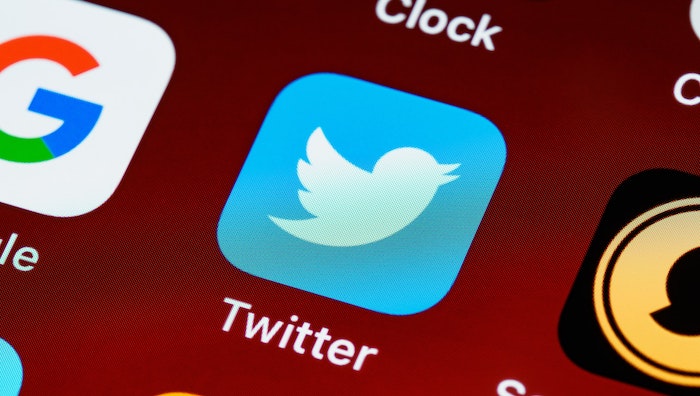 A senior barrister who tweeted that The Equality Act “undermines school discipline by empowering the stroppy teenager of colour” has been condemned by the legal community, including his own chambers, over the weekend.

Cornerstone Barristers‘ Jon Holbrook made the tweet from his personal Twitter account earlier this month, and has not deleted it at the time of publication, despite his chambers asking him to do so on two occasions.

Holbrook told Legal Cheek today that his political views are “never expressed as a member of Cornerstone Barristers, because they have nothing to do with my work as a member”, and that, “free speech must prevail over cancel culture”.

Holbrook posted the comment (embedded below) on 17 January in response to a tweet from the Equality and Human Rights Commission, which featured a video about a student who was sent home from school because her afro style hair breached its uniform policy. The Commission subsequently got involved and the school agreed to end its “discriminatory” policy. “The Equality Act 2010 is clear; no one should face discrimination because of their race,” the caption alongside the video read.

Holbrook’s response surfaced on Friday when several legal figures came across the tweet and called him out on its content.

Leslie Thomas QC of Garden Court Chambers wrote of his former colleague, “Jon, I can’t believe you sent this tweet, what happened to you? I was once proud to have you as a colleague at Garden Court fighting for the rights of others versus rogue landlords in our younger days. This tweet is just wrong. [It] makes you unrecognisable to me now which [is] why I call it out.”

In a joint statement, Coppel and Cosgrove told Legal Cheek, “Mr Holbrook was asked both on Friday, 22 January and again on Saturday, 23 January to delete the tweet immediately and permanently. Mr Holbrook is refusing to do so. The Board of Cornerstone Barristers is dealing with the matter.”

“To be clear: this matter is being taken very seriously. The contents of this tweet are contrary to the views of Cornerstone Barristers. We unequivocally condemn discrimination in all of its forms and are proud of our record as a diverse chambers which promotes social mobility at the bar.”

Other barristers weighed in over the weekend, with some saying they had reported the tweet to the Bar Standards Board (BSB).

David Turner QC of 4 New Square described it as “the most shameful tweet” he had ever seen from a barrister, while Alexandra Wilson of 5 St Andrew’s hill said, “I’m embarrassed to be in the same profession as someone like this”.

Wilson, a vocal advocate for diversity at the bar, continued: “The truth is, he should be embarrassed. This tweet has remained up for days and still hasn’t been deleted. Stroppy? For wanting to go to school with her natural hair? It’s really frustrating that so many of us are trying to improve public perception of our profession and people like this completely undermine that.”

Meanwhile, Becky Agates of Foregate Chambers wrote: “I’ve sat here staring at the screen… unable to write… you’re a member of my profession… a profession I love and respect… yet you feel safe and comfortable tweeting something like this… what is wrong with you (apart from the obvious)… do the right thing, take it down.”

Holbrook, who has written articles for political magazine Spiked, said: “Liberal democracies are premised on free speech and we curtail it at our peril. Through my articles and tweets I have for many years criticised laws that enable individual rights to trump collective interests. Many provisions of the Equality Act do this, which is why I criticise them in my political capacity.”

“Some legal activists of the left would prefer to silence their opponents. They are unable to engage in reasoned argument and they seek a legal profession of practitioners who conform to their own woke opinions.

“My political views are never expressed as a member of Cornerstone Barristers, because they have nothing to do with my work as a member. My day job is concerned with how the law is, my political interest is concerned with how it should be. Many of my critics seem unable to grasp this distinction. Others are simply motivated by a loathing for conservative and populist opinions. Free speech must prevail over cancel culture.”

The barrister has gone on to write an article for The Conservative Woman blog after his tweet “provoked a lot of interest”. Holbrook said: “In this article I explain how, instead of challenging racism, equality law promotes racial privilege. This is clear from successful legal challenges to school uniform policies brought by people of colour.”

Holbrook was called to the bar in 1991, and his practice covers public law, housing and property. He spent 12 years at Garden Court before joining Hardwicke for two years, eventually joining Cornerstone in 2006.

He reported on Saturday that Twitter had rejected a complaint about the tweet. “Twitter strikes a blow for free speech. (I didn’t think I’d be making that point any time soon),” he wrote.

Twitter strikes a blow for free speech. (I didn’t think I’d be making that point any time soon.) pic.twitter.com/qy6UegrYBz