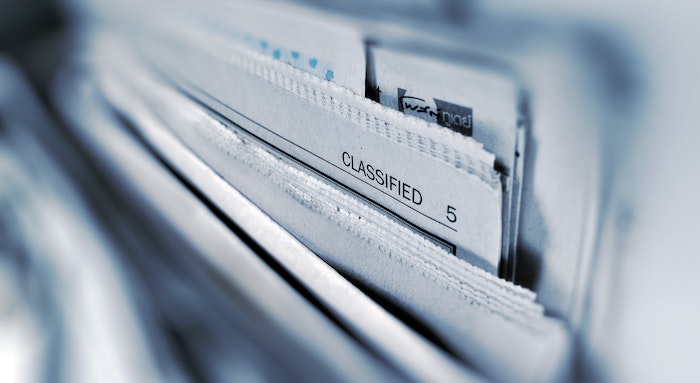 A new paper by academics at the top uni concludes that other methods of containing online disinformation are ineffective, whereas criminal sanctions are a tried and tested deterrent.

The authors, Hitoshi Nasu and Rebecca Helm, say that criminalising fake news is an “effective regulatory response” and caution against “worshipping freedom of expression”, despite there being some social cost to anti-speech laws.

The paper points out that in the old days, governments could order the seizure of physical publications, but traditional means of censorship are “increasingly considered to be not fit for purpose in the digital society”. The 21st century calls for different methods.

The least intrusive, but least effective, is “information correction”: fact checking efforts, such as Twitter putting warnings on Donald Trump’s tweets. The authors also discuss “content removal or blocking” — think Trump being booted off social media altogether — but note that it can be too slow and risks a ‘Streisand effect’ where removal draws even more attention.

“The demonstrated inefficacy of information correction”, the authors say, “cannot therefore be rectified by the removal or blocking of fake news”.

That leaves the most controversial option: criminal penalties. Nasu and Helm describe this as a “promising regulatory solution”, although not “completely effective” as, among other things, cops struggle with cybercrime.

But they say that “despite these potential limits, criminal sanction allows national authorities to mobilise law enforcement capacity to implement pre-emptive regulation, targeting attempts to create and distribute fake news”.

The problem is that societies are rather attached to free speech. Supreme Courts from Canada to Zimbabwe have struck down fake news laws as unconstitutional.

But rather than “worshipping freedom of expression”, the authors suggest, governments could try putting together precise and tailored bans on the creation or spreading of fake news that would survive court challenges. For example, “it is reasonable to consider necessary and proportionate criminally punishing someone who intentionally or knowingly creates and spreads fake news that incites violence or causes a public health crisis”.

There is admittedly no specific evidence that it would work, but then again the “conventional wisdom of criminal law” is that it has some deterrent effect on undesirable behaviour.

Nasu and Helm conclude that “although further empirical research is needed… criminalisation of fake news in a context-specific fashion should not be dismissed”. Their paper is being published in the Human Rights Law Review.

Legal scholars have traditionally been influenced by concepts such as the “marketplace of ideas”, but in recent years calls have grown for some of the metaphorical market stalls to be closed down.

Sign up to the Legal Cheek Newsletter
Academics University of Exeter