Is the Roman notion of jurisdiction the final piece of puzzle? 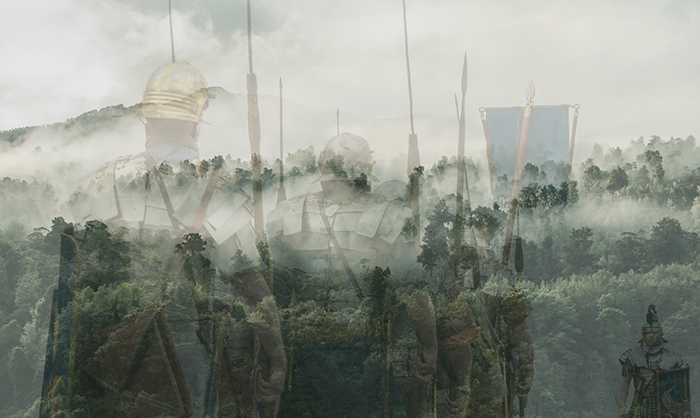 In the latest instalment of a mini-series that provides a historical perspective to the legal quandaries of the present, future magic circle trainee Will Holmes takes a look at the legal theories that are attempting to change how humans interact with nature and suggests that the Roman notion of jurisdiction might be the final piece of the puzzle.

The environment is currently at the epicentre of a legal war.

A new report by the Grantham Research Institute provides an insight into scale of the attack, with over 1,000 cases having been brought in the past six years. Notable victories include Dutch rulings in Urgenda Foundation v. State of the Netherlands and Milieudefensie et al. v. Royal Dutch Shell plc. that extend a duty to mitigate the effects of climate change to governments and private corporations respectively. But many legal thinkers behind this movement know the scope of the challenge is much greater.

There are two ideas that are particularly promising. The first is the creation of the new legal criminal category ‘ecocide’. Originally theorised by Richard A. Falk in 1973, campaigners such as the late Polly Higgins, Philippe Sands QC and Dior Fall Sow have lobbied hard for their definition of ‘ecocide’ to be made an international crime under the jurisdiction of the International Criminal Court.

The second is the granting of legal personhood to environmental bodies and species, which provides them with legally protectable rights. Popularised by Christophe D. Stone’s 1972 book Should trees have standing?, recent examples of ecological features that have been granted legal personality include the Whanganui, Ganga and Yumuna Rivers, Lake Erie and Ecuadorian ecosystems.

But when in war, some Roman inspiration is never a bad thing. I believe Roman law’s conception of jurisdiction is the missing piece of the puzzle that would complement these two ideas.

Today’s territorial-based jurisdiction would have seemed completely alien to an ancient Roman. Back then, jurisdiction was guided by the personality principle. This meant that, regardless of the location, if a Roman citizen was involved, then jurisdiction could be established.

This notion of jurisdiction, however, began to wane when the Antonine constitution 212 CE muddied the waters about who really was a Roman citizen. The constitution had (primarily for tax purposes) granted citizenship to all inhabitants of the empire. This now very expansive notion of citizenship gradually ran into problems because it did not fit with the deep-rooted cultural conception of Romanness. Law couldn’t precede culture.

Ultimately, as Kaius Tuori argues, the constitution led many to turn to a more territorial approach that had existed under the guise of Roman private law. Here, the Roman concept of private ownership that was bound by geographical territory blossomed in the medieval period once ownership had become disassociated from sin. Territorial jurisdictions were formed around what one could own. This inadvertently contributed to the rise of two intertwined phenomena that are central to much of the environmental litigation that has taken place over the past few years: the corporation and the nation state.

On the one hand, states increasingly developed centralised control over natural resources in the name of the “common good” — a dubiously unclear objective. For example, acting “ad commune beneficium”, the wood-hungry Venetian state expanded its bureaucracy to forests, whilst Emperor Maximilian even established the role of imperial Fischmeister, charged with regulating Austrian fisheries.

On the other hand, some groups developed into the first localised corporations that were seeking, under state regulation, to take advantage of the natural resources in their territory. There is evidence that charters were granted to 13th-century mining companies in modern day Austria, Germany and Sweden, with the Swedish mining company Stora Kopparberg, incorporated in 1288, still existing today as the paper company Stora Enso. Although at first limited in their capabilities, limited liability and new technology have allowed these two forces of legal possession to become a serious threat to certain natural resources.

Whatever the environmental consequences of the move away from the Roman personality approach to jurisdiction, reviving the personality theory has much to offer to Falk’s and Stone’s proposals. The key issue surrounding the ‘ecocide’ proposal is the effectiveness of the International Criminal Court (ICC). Uncooperative nations, claims of illegitimacy and lack of enforcement powers have dogged the ICC since its creation in 2002 (see this work on the ICC’s indictment of President Omar Al Bashir for more details).

Filling this gap in international law and human rights are courts in authoritative jurisdictions. The US, however, has considerably narrowed its interpretation of the 1789 Alien Tort Statute in recent times, with the most recent ruling in June confirming this trend. The enforcement of corporate criminal liability for extraterritorial activities is very hit or miss. The Trafigura case is a good example of this. Charges were brought in several different countries against a petroleum company for the affects arising from its disposal of toxic waste in the Ivory Coast. The French public prosecutor decided not to pursue the case, whereas in Motto & Ors v. Trafigura, the English High Court did take jurisdiction over the claims.