The notion that a natural object could be a rights holder is not as bizarre as it first seems, writes Oxford Brookes law grad Paul Wyard 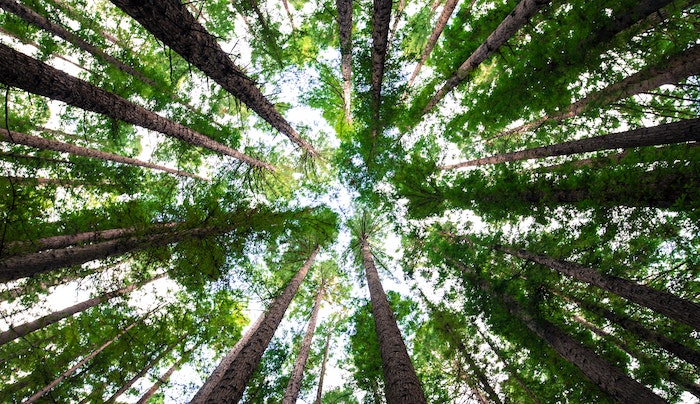 In the last few years environmental issues such as deforestation, the climate crisis, and plastic pollution have enjoyed more attention in the news than they previously did.

In times gone by, membership of Greenpeace would have caused some to form stereotypical, new-age assumptions about you, whereas today joining Extinction Rebellion gives rise to no such stigma. Whether you’re a tree-hugging, sandal-wearing, all organic vegan or simply thinking about switching to a bamboo toothbrush, we’re all increasingly aware of the pejorative impact that humans are having on our planet. Not least politicians, who continuously fail to reach consensus on how the international community should manage various environmental problems.

However, in amongst the environmental hullabaloo, in an odd Guardian article here, or a chance TED Talk there, there are some who think that there should be a paradigm shift in the way we think about the degradation of nature — they think that trees (and other natural objects) should have their own legal rights.

“Don’t be silly,” I hear you cry. “Trees can’t have rights, they’re not even human!” But hold on. The notion that a natural object could be a rights holder is not as bizarre as it first seems. After all, companies, nation states and even ships have legal personality and they’re obviously not human, so it deserves serious consideration.

The idea that trees can have legal rights (hereafter called “the Trees Thesis”) was originally posited by Christopher Stone in an article published in 1972 entitled ‘Should Trees Have Standing? — Toward Legal Rights for Natural Objects’. It became hugely influential in environmental thought and law, particularly after it formed the basis of a dissenting judgment in the American case of Sierra Club v Morton. Stone said that there are three aspects to holding legal rights:

(2) The holder’s injury should be considered when calculating damages, and

(3) Damages should directly benefit the holder

The Trees Thesis ensures that natural objects possess these aspects. Environmental groups could apply to a court to be appointed an object’s ‘guardian’. Guardianship would confer the right to act on the object’s behalf, akin to a deputy acting for someone who lacks mental capacity. Natural objects would have specific rights, e.g. a river could have the right to respect to integrity, which would prohibit water pollution. If these rights were breached, a guardian could investigate the resulting environmental damage and take legal action against the breaching party in the object’s own name. If successful, damages would be awarded to the guardian to hold on trust for the natural object. They would then be obliged to use the damages to benefit or restore the object. Proponents argue that current legal frameworks have failed to prevent environmental degradation and that treating nature like people rather than property is the solution.

And it has actually already happened. In 2017, New Zealand granted legal personhood to the Whanganui River and, more recently in 2019, Lake Erie in North America also gained legal personhood. But despite these examples, it is difficult to see how the Trees Thesis would actually work in practice in the United Kingdom. Much can be said about each part of the Thesis; however, I want to focus on how one would actually hold damages for a natural object on trust. Any law graduate knows that, as a general rule, English law only allows trusts for people rather than purposes save for a handful of exceptions — these are trusts for animals, monuments or graves, and private religious masses. Given that a trust for a natural object would constitute a purpose trust, it’s highly unlikely that such a trust would be valid under English law, pouring cold water on the Thesis as a whole.

Although, in reality, there are actually lots of perfectly valid purpose trusts in existence. These are the charitable purpose trusts which must satisfy the requirements outlined in the Charities Act 2011 (“The Act”). Obviously, these requirements would have to be met if a trust for a natural object was established this way. The first requirement is that they must have one of the aims listed in section 3 of the Act. As “the advancement of environmental protection” is one such aim, a natural object trust may be halfway to being created. The trust would then have to confer an ascertainable public benefit, as per section 4 of the Act. Given that benefits are determined on a case by case basis, it is reasonable to assume that a natural object trust would confer a wide ecological benefit to the public at large. So is it really that simple?

It seems unlikely then that trees or other natural objects could ever be given their own legal rights in the United Kingdom. Instead, continued attempts at international political cooperation will be necessary to take on environmental challenges, perhaps paired with the proclamations of Greta Thunberg.

Paul Wyard is an education law paralegal at Sinclairslaw, Cardiff. He graduated last year with a first-class degree in law from Oxford Brookes University. In addition to education law, Paul maintains an interest in environmental, criminal, and medical law.