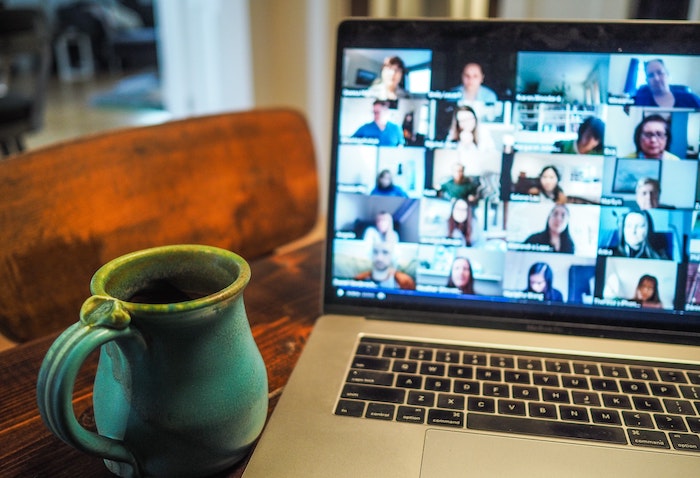 It has now become such a trite thing to say, a phrase that keeps getting repeated over and over again — “little did we know in [insert a time pre-Covid] that…”.

Well, little did I know as the new person in my team in November 2019, that in four months’ time I would trade my new office seat for an (almost) permanent seat at my kitchen table. Yet the desk trade-off now feels benign compared to the other things that I lost immediate access to: the bonding that comes from eating takeaway on the office floor at 10pm with mountains of court bundles surrounding you, the inside jokes shared over an impromptu glass of wine in the local dive bar on a Thursday evening, and the advice, support and occasional rants that naturally fill the space in-between meetings and head-down, serious work.

A revelation of this otherwise bleak period was how much closer some of these office relationships would become, not least because of the personal and professional worlds that came colliding. In a relatively short space of time, I have found out more things about the people behind the lawyers. I’ve met their spouses, children and pets via the laptop screen; I’ve become privy to the rituals they tend to in the evenings; sometimes, I’ve even heard about the anxieties that they’ve been dealing with behind the scenes and which they’ve now become more comfortable to share. I’ve put together a detailed picture of my new team from glimpses of their life at home, in ways I never could just by looking at the trinkets or picture frames that decorate their desks.

The virtual medium might never replace the immediacy of an in-person relationship and everything that it brings (for instance, the all-important body language that can give so much away). But at times, getting rid of the power suit and physical office has also meant shaking off the formalities that come with them. When I opened up about my struggles or cried on camera to a colleague, I was just a person in a t-shirt leaning on another person willing to listen and, quite often, mirror back their own struggles.

I started off as ‘the new person’ in a sea of strangers in November 2019. But now, as we’re about to embark on an office reshuffle, I am delighted to start sharing an office with a colleague who’s showed up for me time and time again and provided their support, wisdom and listening ear in ways that I couldn’t fathom in a pre-lockdown reality. They are a stranger no more.

This feels like the perfect time to take a moment and reflect on how I’ve managed to build my internal network, and the practical tips I’ve gathered along the way. The label ‘internal network’ doesn’t do justice to what has really become a support network of peers that have kept me going through these unusual times. Here are seven things I’ve learned:

Create space for people to keep in touch or share as much or as little as they feel like. In between staring at your own little image on Zoom, listen closely like you’ve never listened before. As we move into hybrid working, continue to take advantage of video calling, which has now gone mainstream, to create a more collaborative working environment, both for quick work questions as well as check-ins. With that in mind…

2. It takes one to know one

If you want to build honest rapport, be brave and take the lead with the honesty baton. Some of my best relationship-building conversations have started with me sharing my latest fears and failures. Embracing vulnerability not only builds bridges but sets the tone for authentic leadership. But be prepared to…

Not everyone will delve into that off-topic chat. Some will diligently steer back to the work chat and the call will end as soon as you’ve covered the meeting’s agenda. And that’s OK too because…

4. It’s good to know who your supporters are

The virtual medium has probably accelerated the way those office bonds would naturally build anyway. Zoom might just be the best litmus test for finding a compatible mentor or office buddy. In the end…

5. No-one really wants to fake it until they make it!

Some more traditional office spaces have historically expected their employees to check their personalities at the door, or at least ‘rein them in’. With the merging of the office and home spaces, lawyers have been given permission to bring more of themselves to work. The backgrounds of colour-coded bookshelves stacked with the latest novels or brief visits by young children showing off their new toy purchased by their equally enthusiastic parents, have given me an unexpected insight into the quirks and lifestyles of those I work with. Now is the time to capitalise on that and strive for more genuine connections. So take a breath and…

6. Ride the wave of change

Enjoy the new dynamics you’ve discovered, but at the same time be ready for all of it to keep changing. The collective trauma many of us have been through — as professionals and as people — means we are still figuring out how we feel. Letting go of expectations of how working relationships will carry through into the next stage of hybrid working is the best antidote to disappointment. And finally, don’t forget to…

No one really knows the proper etiquette for ending a Zoom call or when one virtual joke is one too many. People are now learning to navigate the hybrid environment that we’ve all been thrown into. Give yourself, and others, permission to fail at it. In the end, believe that we’re all just doing our best.

Simona Corcoz is an associate at Mishcon de Reya.