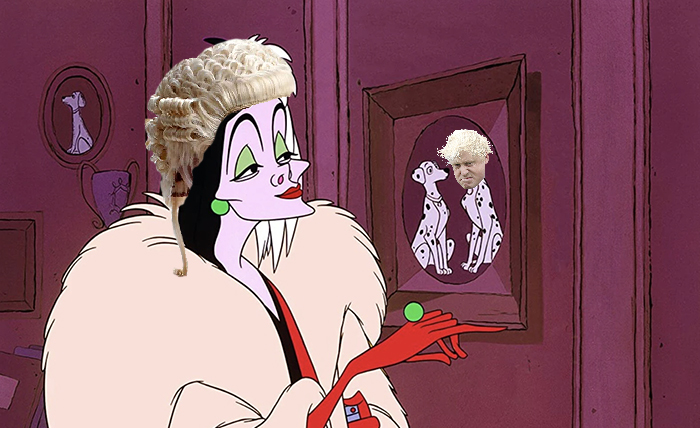 “I read a learned article by some lawyer saying we should not bother about pet theft. Well I say to Cruella de Vil QC, if you can steal a dog or a cat, then there is frankly no limit to your depravity.”

A good time to revisit this thread. https://t.co/rOeC1GIZKA

But he told Legal Cheek, on a more serious note, that Johnson should spend more time on his job and less on jokes:

“Instead of wasting the time of MPs and Parliamentary lawyers drafting laws to criminalise activities that are already criminal and which will have almost no practical effect, Mr Johnson should address the shortage of judges, the catastrophic collapse in the number of solicitors’ firms specialising in criminal law, the pressures on police which lead to serious cases not being properly investigated and the continuing growth in the backlog of cases in the Crown Court.

“Nothing in his frivolous speech today even acknowledged the existence of these serious issues”, Scott added.

Johnson also infuriated the legal professions by claiming that Labour was “led by lefty Islington lawyers” and that men are “using the law’s delay to get away with violence against women”.

Very disgusted with this attack on human rights defenders being made, with complete disregard for the consequences, simply to try and slightly discredit Keir Starmer. https://t.co/wDSAjCw6VN

In an interview earlier this week, Johnson criticised the “slowness” and “inadequacy” of the criminal justice system in dealing with sexual violence. (What outgoing Justice Secretary Robert Buckland last month called “years of underfunding” might just have something to do with that.)

Johnson clearly sees lawyer-baiting as a crowd-pleaser. In his 2020 conference speech, the PM also hit out at “lefty human rights lawyers”.