Will the government learn from the lessons of the past? asks future magic circle trainee Will Holmes 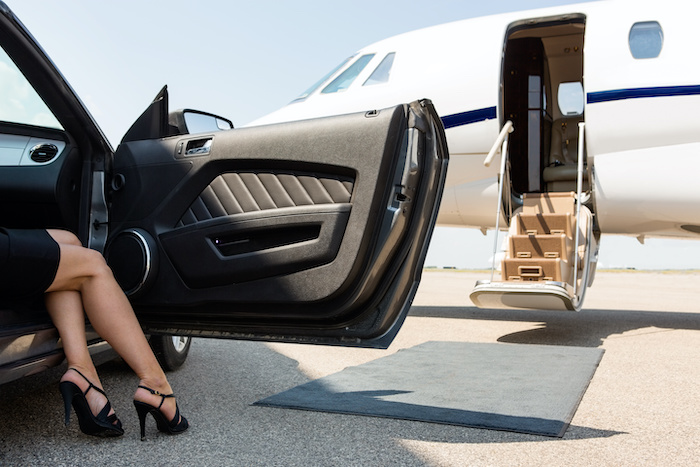 As politicians start to confront the post-Covid tax conundrum, the spotlight has returned to considering how to get the rich to pay their way in society. Throughout history, different social structures and community crises have produced a range of different results.

The most commonly cited ‘success story’ in this regard is fourth century Athens, known for its ability to harness aristocratic competitiveness for public service. As Carl Hampus Lyttkens explains, back then the richest 1% by property value (around 300 individuals out of 30,000) funded religious and public events and the city’s triremes (strategically important top-of-the-range wooden battleships). This was known as a leitourgia or a liturgy. The wealthiest 2,000-6,000 Athenians also paid the eisphora which funded the city’s militia.

The rich carried out these specific public services in return for social esteem — some of the best hosts were even immortalised with monuments (like this one) after the event. Although many who wished to garner social status were desperate to host some of the 100-odd annual festival liturgies, the Athenians also had a system to publicly root out the few who didn’t fancy paying.

You might rightly point out that building such a tax culture in the absence of a highly democratically sensitive and religiously oriented society may be somewhat out of our immediate control. But, as the tax system in medieval Paris shows, there are ways that we can shift ourselves in the right direction.

In his history of progressive taxation (where higher rates are imposed on the wealthiest), Edwin Seligman jumps from ancient Athens to medieval Paris. At the end of the 13th century, the city’s top percentile made up around 80% of the tax obligations. Al Slivinski and Nathan Sussman credit this progressive taxation model to an independently developed community responsibility system. But how did such a system develop?

Part of the answer lies in the way the tax was collected. The medieval French tailles (which consisted of two separate taxes) encompassed all wealth and income from labour to capital. City authorities would negotiate what the French monarchy expected to be paid and in the case of Paris this would be delivered entirely independently by the city. The joint liability nature of this agreement encouraged a communal system, because if one parish underreported, then they would only be damaging their collective position. It also fostered a sense a communal unity and identity — Paris maintained some independence from the King.

But that alone does not constitute a progressive tax system. What is unusual in this period is the application of the “le fort portent le faible” principle — the wealthy carry the poor. This underlying rationale of progressive taxation was possible due to the social and wealth mobility in the vibrantly growing city.

Socially and geographically, the top percentile was neither a homogenous nor stable group. The number of newcomers to the top percentile was over 50% between 1292 and 1297, and even hit 80% in 1313. The city’s cosmopolitanism also helped this process — especially with the presence of tax-paying Italian bankers and Jews. The regular changes in fortune meant that there was no single parish or guild that was incentivised to split off from this community responsibility system or able to garner dominant influence.

What stands out is the importance of a relatively mobile social structure that enables interdependence and does not allow one group to assert too much control over politics and, by extension, tax policy. If not, then progressive tax policy can become its own worst enemy. An interesting example is the concentration of wealth in Renaissance Florence.

Costly involvement in a series of wars with Milan (1390-1402) and the Wars in Lombardy (1423-1454) saw high levels of taxation over a sustained period, culminating in Florence’s 1427 ‘progressive’ property tax, the catasto. This new tax was carried out in a progressive manner, with the greatest burden falling on the wealthiest. But, as Paul Mclean points out, centralising social structures meant that in practice it achieved the opposite.

Renaissance Florence had developed a network on clientelism that continually tightened with the catasto. As taxes increased to the point that even prominent elite families were left looking for help. Commonplace in this period were sycophantic letters from family members and friends written to the likes of the Medici to ask for help to meet the tax bill. Only those with good networks, forged through social privilege, could survive. Ultimately, the Medici ended up bankrolling the government which, in practice, ended any hope of a participatory democracy that was financially sustained, but not controlled, by the richest in Florence.

So, how are we doing today? Boris Johnson has given some indication of his post-Covid tax plans in his plan for Health and Social Care, which increases National Insurance by 1.25% from April 2022. This will see workers’ earnings bear the brunt of social care costs for the elderly, who are growing in the UK’s ageing population. The new plans, however, ignore the fact that over 65s are also very asset rich. According to the Office for National Statistics, 25% of over 65s are now millionaires in terms of total household wealth, whilst a further 27% have between £500,000 and a million.

Despite this, tax rises to pay for their social care will come from workers’ earnings, insulating this asset-rich group and consequently further limiting wealth mobility to the fortunes of family inheritance. Ultimately, this comes down to savvy politics. As YouGov has shown, age divides British politics which has given them political leverage. This all has something in common with Florence’s ‘unprogressive’ progressive taxation that fell flat on the increasingly concentrated leverage held by a single group.

Indeed, this complaint about the injustice of Renaissance Florence’s social structure from the young Filippo di Benedetto dei Nerli in 1442 does not seem out-of-place today: “All of my said goods have been sold for the Commune [the Florentine government] […] So that one can see what justice this is, that everything I had were taken, and remaining in such debt that if I were not supported by my uncle Francesco, I would die of hunger. And I am [only] twenty-five years old!”.

With further financial battles ahead, it remains to be seen whether the government will remember the lessons of ancient Athens, medieval Paris and Renaissance Florence and use policy to foster a social structure that supports wealth mobility and an increasingly progressive taxation model.

William Holmes is a future trainee solicitor at a magic circle law firm.