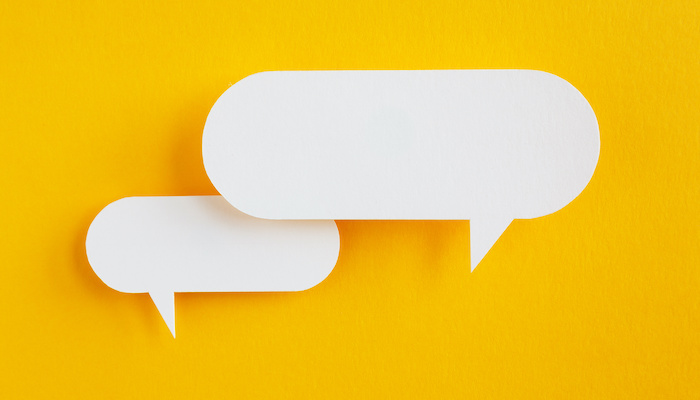 Adriano Celentano’s 1972 single Prisencolinensinainciusol was written to remind us that words are just a small part of language. Celentano wanted to see if he could communicate American musical culture without using the English language. For this reason, the song Prisencolinensinainciusol is written in gibberish with the intention of sounding like an American song to an Italian audience.

Lord Digby Jones’ critique of the BBC presenter Alex Scott’s accent highlights the power of this communicative dimension to language. Lord Jones took to Twitter to express his frustration that Alex Scott was spoiling “a good presentational job on the BBC Olympics Team with her very noticeable inability to pronounce her ‘g’s at the end of a word”. He then went on to mockingly appeal to the English language for help. Scott fought back, highlighting the connection between her identity and the way she speaks.

I’m from a working class family in East London, Poplar, Tower Hamlets & I am PROUD 🙌🏾

Proud of the young girl who overcame obstacles, and proud of my accent!

Defending his position, Lord Jones then told LBC radio: “This has got nothing to do with her upbringing. This is not about accents.”

He continued: “It is about the fact that she is wrong. You do not pronounce the English language ending in a ‘g’ without the ‘g’ and I don’t want her as a role model — and she is one, and a good one — to influence [people] to think that it is very fashionable to go around dropping your ‘gs’.”

Similar fiery arguments have broken out in many different cultures over accents in recent times. In France, one such scandal ended up with the government passing an accent discrimination law. In 2018, Jean-Luc Mélenchon appeared to mock a reporter for her regional Occitan accent, quipping “has anyone got a question phrased in French?”.

France’s new law, that came into force in April, criminalises accent discrimination with guilty offenders facing sentences of up to three years imprisonment and a maximum fine of €45,000 (£38,400).

Importantly, this reaction has not sprung out of nowhere. France has a particularly fraught history with accents. In the aftermath of the French revolution in 1789, the priest Henri Grégoire set about producing a report on the French language. You might have expected Grégoire, a great egalitarian who strongly believed in racial equality, to be keen to protect France’s linguistic diversity.

Au contraire! In 1794, he presented his findings in a report entitled Rapport sur la nécessité et les moyens d’anéantir les patois et d’universaliser l’usage de la langue française (Report on the necessity and means for annihilating patois (non-standard language) and universalising the use of the French language). For him, ‘proper’ Parisian French had an important ideological weight. It was “the language of liberty” and “the language of a great nation” of which all the French were members.

Enforced by institutions like the Académie Française that have come to conjure up the image of ‘proper’ French, Parisian French has remained very dominant in French society. Since then, French academics have increasingly fought against this prevailing linguistic ideology. Pierre Bourdieu’s work Language and Symbolic Power coined the concept of linguistic capital, which analyses how language can affect one’s standing in society.

So the question remains, is the French legislative reaction too kneejerk? Is passing a new anti-discrimination law too overblown for what should really be just an oh là là social media frenzy? Doesn’t social media already achieve the desired effects of symbolic condemnation? The UK’s linguist past is less fraught than the French. But it remains to be seen how long accents will be a laughing matter that grumbling Tweeters feel they can get away with.