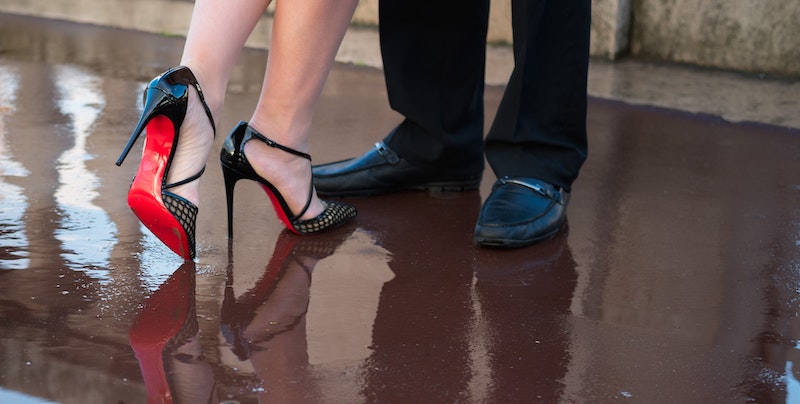 The history of the trademark has been primarily centred around identification. Marks were frequently used to indicate the origins of a product and its compliance with certain standards of quality

Accordingly, the rationale behind the 1374 ordinance of Amiens, requiring each blacksmith to use a unique mark on their work, was “so that […] it may be known who made it”, whilst the 1425 mandatory crossbow marking legislation in Lübeck was intended to prove the maker “had done and will do his work within the proper manner”. And infringement was not a laughing matter, with one striking example being the hanging of a 14th-century wine fraudster for ripping off Rüdesheimer, the highest quality wine of its day.

In his 1927 work, The Rational Basis of Trademark Protection, Frank Schechter explained this rationale rather poetically in a more modern context: “through his trademark the manufacturer or importer may ‘reach over the shoulder of the retailer’ and across the latter’s counter straight to the consumer”. However, as trademarks have become increasingly wound in the complex world of cunning marketing and visual arts, trademark law has been forced to reconcile its original identifying rationale with new meanings.

The notion of brands attempting to trademark colours is an interesting example of this. Such an act was first fully realised in the US until the landmark 1985 case of Owens-Corning Fibreglass Corp, where the court held that “if a mark is capable of being or becoming distinctive of applicant’s goods in commerce, then it is capable of serving as a trademark”. Today, the threshold that must be past by applicants is that the use of colour inherently identifies a particular source or has acquired a secondary meaning. The colour also cannot be functional — you can’t trademark traffic lights’ colours.

Elsewhere, the EU did not allow colours to be registered as trademarks until the 1990s. EU trademarks must be “capable of distinguishing the goods or services of one undertaking from those of other undertakings”, with case law on trademarking colours per se turning on distinctiveness.

All this is trademark law’s attempt to be heroic brand protectors. The result in the case of colour marks has been crude artistic oversimplification and an ironic resulting confusion.

In 2008, Louboutin’s famous red soles successfully met the US threshold and were granted a trademark by the US Patent and Trademark Office. Louboutin has since successfully defended its rights against under challenge from Yves Saint Laurent, confirming that the red sole has a “secondary meaning as a distinctive symbol that identifies the Louboutin brand”. In 2018, the Court of Justice of the European Union also upheld the colour mark.

The US judgment summed up the rationale as follows:

“We see no reason why a single-color mark in the specific context of the fashion industry could not acquire secondary meaning―and therefore serve as a brand or source identifier―if it is used so consistently and prominently by a particular designer that it becomes a symbol, ‘the primary significance’ of which is ‘to identify the source of the product rather than the product itself’”.

Yet the arguments from both Yves Saint Laurent and Christian Louboutin seem to explicitly undermine this logic of a secondary meaning by revealing that the true dark art of colour marketing lies in drawing on pre-existing meanings. Louboutin claimed the red sole was selected to give the high heels “energy, because [red] is engaging, red is sexy and attracts men to the women who wear my shoes”. Meanwhile, Yves Saint Laurent claimed the focus of its red was entirely different. It aimed to “evoke Chinese design elements”. This underlines the diverse pre-existing meanings that underpin marketing communication through colour. Even for Loubtoutin, red soles do not mean Louboutin, but a variety of associations to the colour red in the setting of a high heel.

Furthermore, colour marks have ironically created fertile ground for an increasingly confused trademark counterculture. Consider, for example, the artist Stuart Semple’s claim to be liberating Tiffany Blue by selling his recreated version ‘TIFF BLUE, SUPER MATTE ACRYLIC’ seem somewhat non-legalistic. Whilst Tiffany does have trademark rights for “a shade of blue often referred to as Robin’s Egg Blue which is used on boxes”, this is only in connection to the sale of certain products.

So, it appears that Semple is making the most of the public’s vague awareness of the true workings of colour trademark law. As a side note, if Semple is really worried about people owning colours, he should look to patents and trade secrets rather than trademarks (examples include Yves Klein’s patented International Klein Blue and ‘Prussian Blue’, the formula for which was kept secret for around a quarter of a century until published in 1724).

Ultimately, colour marks seem to be deceiving. It is time they were reconsidered with greater appreciation of the dark arts of branding and precision towards the complexities of product aesthetics as trademark law returns to its original true colours: identification.