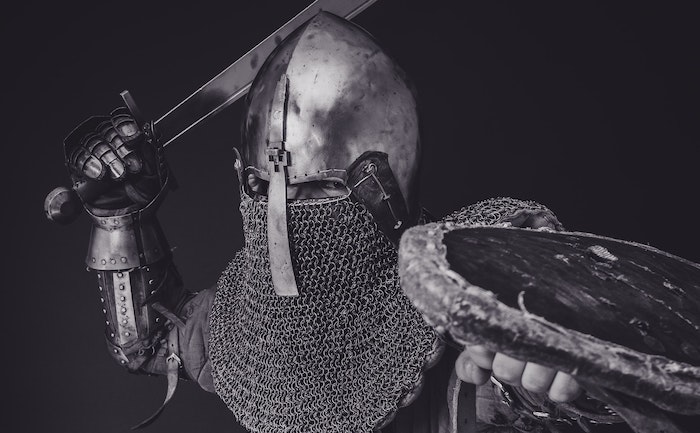 As many head off to university for the first time, students will have the opportunity to mingle with others from all degree disciplines with a variety of different career aspirations. But what should you expect if you bump into a law student or someone who proudly proclaims “I want to be a lawyer”?

Throughout history, the discipline has earnt itself a less-than-stellar reputation. Using James A. Brundage’s paper Vultures, Whores, and Hypocrites: Images of Lawyers in Medieval Literature, I explore some medieval perceptions of lawyers and question whether they remain true today.

St. Bernard of Clairvaux, who was worried by lawyers competing for money and power in the church, exclaimed in 1148: “These men have taught their tongues to speak lies. They are fluent against justice. They are schooled in falsehood.” His solution was “cut out their lying tongues and shut their deceitful mouths”.

It was common for clergymen around this time to espouse such legal stereotypes, with imagery focusing on the lawyer’s tongue. Indeed, the French theologian Jacques de Vitry tells us that it was common for the tongues of corrupt lawyers to fall off when they died.

Do you want a lawyer near your relationship? Absolutely not warns the Tale of the Devil’s Marriage:

“Advocates do a lot of harm
Whereby they put their souls at risk;
Their tongues are full of venom:
Whereby inheritances are lost,
They have poisoned many a good marriage,
And done evil just for a jar of wine.”

But, as Legal Cheek has explored, there are pros and cons of mixing lawyers and love!

In this period, the ‘legal hustle’ was considered morally repugnant. Lawyers (often coupled with doctors) were often characterised by their pursuit of profits over any concern for the public good. Dante wrote that “lawyers and physicians […] study not in order to acquire knowledge but rather to secure money and high position”.

Successful lawyers were frequently demonised in popular culture. In his famous poem Piers Plowman, William Langland quipped “it would be easier to blow the mist off Malvern Hills than to get a word out lawyer until he’s seen his fee”. Philippe de Mézières claimed that lawyers grew fat by defending wicked men, provided that they were rich as well as wicked.

There was real debate — as there still is today — about lawyers’ capacity for fee-earning and how it could deny the poorest access to justice. The 12th-century theologian and legal reform activist Peter the Chanter, bemoaning the lack of advocates who would work without reward, advocated for a return to the ancient Roman tradition that lawyers should represent clients free of charge, especially those who held paid positions in the church.

The seven sins for lawyers — how guilty are you?

And what if you just want to help your legal friends become… well… less like lawyers? In medieval times, there were so many sins related to the stigmatised legal profession that some actually invented a checklist that could be used to help lawyers examine their consciences. There were several around, but here is Cardinal Hostiensis’s seven-sin list:

1. Had they sought or secured their degrees without adequate knowledge or preparation?
2. Had they been arrogant toward other, lesser, jurists or teachers?
3. Had they scorned simple people, especially for their verbal ineptitude?
4. Were they guilty of showing off by making subtle but useless points?
5. Had they taught untruths in their lectures?
6. Had they kept silent about the trust, lest it shame them?
7. Had they given false, worthless, or unfounded advice?

We should caveat these characterisations with the insight provided by the influential 14th-century Dominican friar John Bromyard. He drew a clear distinction between lawyers and law students, arguing that “when they were young, even during their early years in law school, they might be winning, gracious, pleasant members of society. But when they grew older and especially when they went into practice, they turned vicious and became as cruel as lions, infernal demons whose own mothers would curse their very existence”.

In short, there’s still time for wannabe law students, who have not yet embarked on their studies. Indeed, as I embark on my legal studies for the first time, let’s hope that Bromyard isn’t right!