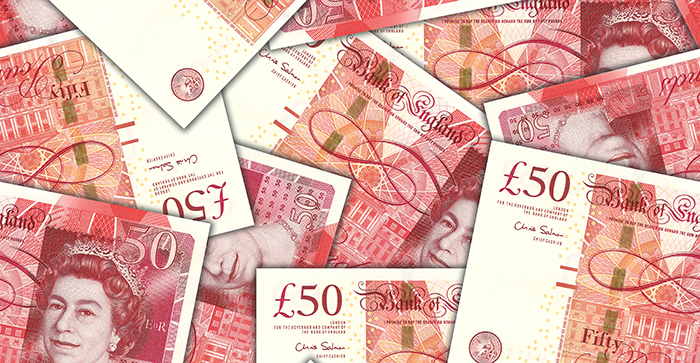 Dechert and Fried Frank have become the latest US law firms to up the already impressive salaries of their junior lawyers in London.

The move comes some four months after the firm, which offers around ten training contacts each year, increased the salaries of its trainees in London to £50,000 in year one and £55,000 in year two.

The Legal Cheek Firms Most List 2022 shows Fried Frank’s NQs are now among the highest paid in the City, with only fellow US player Goodwin Procter dishing out more — a staggering £161,500. Dechert’s money move, meanwhile, sees it match the salary already on offer at White & Case.

The increases come as the chief executive of DWF, Sir Nigel Knowles, warned last week that skyrocketing salaries are simply a “sticking plaster” and the legal industry needs to find better ways of incentivising young lawyers.

However, the firm gave out probably the useless/psychotic piece of merch I’ve ever received at the open day. It was a wind-up dancing Dechert robot. I kid you not. Never seen anything like this outside of the firm.

I also received this monstrosity

I earn a lot but my soul is destroyed

A wind up robot? That is a glimpse into what it is like working in law.

Oh no she better don't

That’s RPC for you…

I wonder what firms like Jones Day, Mayer Brown, Reed Smith etc will do. US shops that pay pretty handsomely (105/110k to an NQ etc) but are now pretty far behind with firms that they like to think they compete with.

Good comment. Mayer Brown and Reed Smith like to tell their London graduate applicants that they “culturally don’t consider themselves US law firms” (read: we can’t compete with our competitors’ salaries), so neither has really occupied that US “money law” space in the market. However, Jones Day I agree is ever increasingly being left behind, when historically market wise it would be placed alongside a Dechert/ White and Case. Will be interesting to see whether Jones Day eventually move as it’s been a while since they’ve shifted NQ salary.

W&C is a top 10 global firm, which pays v. well – not in the same league as JD, which seems like a miserly, antiquated boys club, or Dechert, which is just lagging behind.

Jones day doesn’t compete with these firms. It sits opposite the likes of CMS, Eversheds and DLA on corporate deals. It’s London office literally excels at nothing, all mediocre rankings.

Jones Day doesn’t even offer a bonus of any kind. Laughable trying to hire laterals in this market with that kind of miserly approach to remuneration.

So if the rankings are mediocre, what’s a 4/5 PQE at DJ on vs CMS/Eversheds/DLA?

Welcome to the big leagues. Pop by my Chelsea townhouse some time, I may have a spare Lambo you can buy off me.

Who actually cares about top US firms increasing from 140k other than the handful of NQs who work there?

Who cares about top US salaries anymore?

I imagine most readers are not bothered when a US firm increases salaries when they’re already paying over 140k. Readers care more about increases at MC, SC, and UK firms as these are a lot lower, are more noteworthy and impact a lot more people.

– those are way more significant than a US shop increasing an already massive salary.

I laughed so hard reading this, I had to screenshot it for my fellow ‘landers. I’ve never seen such a show of blatant jealousy, and being a Lambo owning PE demi-god, that’s saying something.

You think you’re so great with your stupid posts.

Believe me, they do not phase us in the slightest.

As I see your comments slowly begin to appear on my screen while the dial-up AOL internet at my firm loads, I scoff at how silly they are.

Sure Kirkland NQs may get paid 145k but they do not get the benefits they happen at smaller firms.

For instance, I helped on the purchase of my local kebab shop and now I get free kebabs.

Bet you don’t get that do you?

There’s over 200 trainee positions at U.S. firms. Probably 150 NQ positions (educated guess) so its a lot more than a handful and the jobs there are more plentiful than you think.

Going off your method of using trainee positions:

When compared with well over a thousand other trainees, 150 does seem like a handful.

Yes and LC reports on that too so what’s your point…..

That there’s more than a handful of jobs so actually cares, probably quite a lot

Don’t cry a river, I can take you in my newly bought Lambo £££

Because of the work/life balance – Lot of work (same as MC I assume) but more money to invest (i.e., any additional pound above my fixed expenses can make babies + time value of money – so the more I have the better I am)…

Has anyone ever heard a good thing about Norton Rose?

They keep popping up on my laptop telling me my computer is unsafe and suggesting a years subscription to their security.

Quite annoying to be honest.

Threat yourself and your student loans

Facking ell, when it rains it pours.

Dechert at one point had a very poor retention rate of around 50 percent who did their two year training contract.

lol, latham,weil and kirks are all between 145 – 150 for NQ. What difference is it really after tax between those salaries and being on 160k?

Why has no one made a fast food related joke yet?

Have they all been censored?

Because, like what sometimes happens to me when I post on here, poking fun at someone’s NAME is not cool.