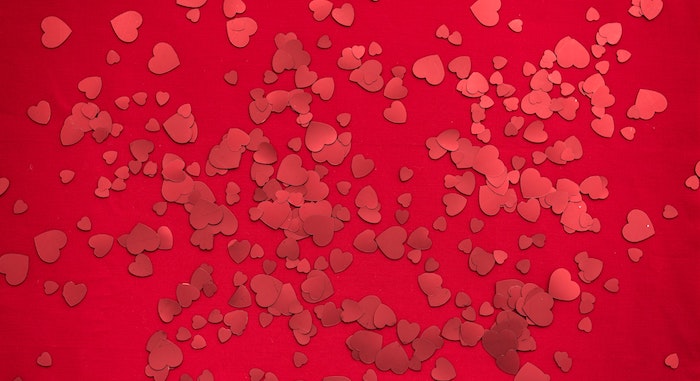 In medieval times, lawyers faced a troubling dilemma on the subject of love. Back then, love was principally a spiritual affair — the way in which God was present and experienced during one’s earthly life. This had the effect of promoting a form of ‘high’ love centred on theological values, whilst making love in its romantic and physical expression a dirty and sinful word.

Many were well aware of the impracticalities. As the influential Abbot Bernard de Clairvaux confessed, “we are carnal, and […] thus it is necessary that our love begin with the flesh”. The challenge was whether this spiritual doctrine of love could be integrated with its romantic and, by the standards of the time, more sordid reality. We know from our modern conception of love that this tension was gradually resolved.

Today, we view love through a curious combination of doctrines. The origins of our notion of romantic love can be clearly identified in Plato’s Symposium where the playwright Aristophanes is recorded making a famous speech on the nature of Eros, the ancient Greek god of love and desire. Aristophanes explains that humanity was created by the gods splitting human-like creatures with two heads, four arms and four legs into two. After being divided, these two newly created ‘humans’ were said to have been left desperately searching for their other half. Accordingly, Aristophanes concludes that love is “the desire and pursuit for wholeness”, a romantic ideal still at play today.

However, many of the qualities commonly considered desirable in our amorous relationships can be located in the medieval doctrine of courtly love which laid out strict rules and courtesies to regulate love for those who weren’t married and were therefore beyond the powers of Church law. Courtly love placed emphasis on particular moral virtues and qualities. Just as one medieval troubadour’s ‘boyfriend checklist’ reads, “if he wants me to give my love, he will have to be cheerful, worthy, open and humble”, so today having a sense of humour, honesty and ‘being a gentleman’ remain important romantic qualities.

Valentine’s day, being a celebration of both romantic love and traditional acts of kindness, chivalry and gift giving, is a clear example of this fusion between the Ancient Greek and the medieval. But how did such a fusion come about? It turns out that medieval jurists had no small part in reconciling courtly love with its realities and helping us to fall in love today.

A striking example of this is the 12th century courts of love that emerged in certain regions of France. These courts acted as a tribunal for moral issues in relation to love which were presented to a panel of around 30 female judges. Although their existence is disputed, Andreas Capellanus gave the courts of love a powerful legacy in his work The Art of Courtly Love in which he offers the lessons he has learnt working as a chaplain at the court of the Countess Marie of Champagne, one of the most important love courts.

Capellanus’s account can be read like a legal textbook on love. It contains the 31 ‘Rules of Love’ and reports on the cases brought to and judgments passed by the all-women courts. Amongst the quandaries puzzled over are the pressing issues of whether a lady whose lover dies suffers more than a knight whose lover cheats on him, and whether a lady who has heard nothing from her lover since he left on Crusade three years ago should be allowed to take a new lover.

In one more complex case, a confidant, through whom a man was communicating romantic messages to a lady, ran off with the lady in question. A court of 60 ladies held that the couple may continue their relationship but may not enter into a relationship with anyone else — a clear judicial answer to the question of “so… are we exclusive?”.

There were also discernible legal principles developed from these cases. Key principles include the clear distinction between marital affection and true love, and the recognition that the act of teaching a man to love well was considered a valid contract between lovers. The former acknowledges the failures of Church regulation over marriage, whilst the rationale behind the latter is that loving in accordance with courtly values was considered a form of valuable moral enhancement. Accordingly, the morally improved man must reward the skill and efforts of his lover’s labours: he is bound in an amorous contract, with an obligation to love his teacher.

What these judgments demonstrate is a strong rejection of Church law’s rigidity and high-minded spiritual view of love. These courts created a juridical space that bridged the gap between spiritual love and reality, helping its appellants and defendants to live and love ethically. In this way, the courts were able to begin to fuse romantic love with many of the courtly values that have been preserved in our culture today.

Canonists (Church lawyers) had a similar impact on the issue of prostitution. In the 12th century, as Jacques de Vitry vividly describes, prostitutes were a very present and visible part of society in many city states. However, they were largely excluded from Church law, enjoying few legal protections and rights due to the inherently sinful nature of their profession. Whilst this gave them a neat tax loophole, as many felt the church could not accept such sinful money, it left them permanently excluded from the rule of law.

Influential canonists such as Rolandus, who later became Pope Alexander III in 1159, controversially sought practical ways to reform the law’s exclusivity by encouraging prostitutes into marriage. It was thought that this would have a moralising effect, redeeming the sinful and placing them under the jurisdiction of Church law. With a similar objective in mind, efforts (endorsed by Pope Gregory IX) were later made to create religious orders of penitential nuns (known as ‘the White Ladies’) to help harlots embrace a more spiritual life.

The fact that Popes were willing to compromise rather than outlaw such sinful amorous realities again represents the influence of the canonists in adapting the moral principles of Church law.

Many would contend that literature played a greater role than lawyers in shaping courtly love. But, as we have seen in Capellanus’s work, the two often overlap. In medieval Iceland, however, where composing love poetry was illegal, law reports had an important literary function. Back then, law was an established literary trope. Several important Icelandic sagas (for example, Njáls saga) feature lawyers as main characters and use legal proceedings as prominent narrative devices.

Given this literary background, it appears plausible and the style of court narrations in marriage cases had a moralistic function much like a fable. Scholars today have a hard time knowing to what extent these sources should be treated as fact or fiction, which suggests that they may have had a dual function. So, it appears that in medieval Iceland your ‘boring old report’ was not only written for and read by the legally-minded, but provided a source of moral discussion and guidance to the local community.

The daring of the courts of love, the pragmatism of canonists on prostitution and the influence of the thought-provoking Icelandic law reports all demonstrate how legal practice created a space in which love could be discussed in the face of oppressive institutions. The result is our modern understanding of love. So, this Valentine’s perhaps it is worth sparing a thought for the lawyers who helped you fall in love.

William Holmes is a future trainee solicitor at a magic circle law firm.

Sign up to the Legal Cheek Newsletter
Lawyers Valentine's Day

William – your articles are always a joy to read. Hope you get paid for them because they really are a highlight of this site.

I can only wish this valentines day for a fulfilling, mutually satisfying relationship between myself and a market rate salary

Who knows, you may even get a “xx” after the “pls fix” comment from the partner today! Keeping romance alive

“Roses are red
Violets are blue
The due diligence checklist
Is long overdue.”

Very stimulating!
In the east “romance, carnal knowledge” was celebrated and practiced as espoused in poetry, art and crafts, written manuscripts