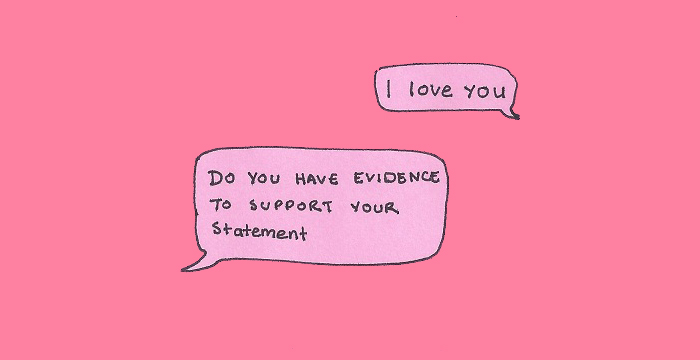 Ahead of Valentine’s Day this weekend, we asked law students and wannabe lawyers on Instagram: ‘Would you date a law student, and why?’

Our readers were divided.

“No, the arguments would be horrendous,” we were told. One said, “I couldn’t risk being with someone who makes better arguments than me,” while another, perhaps more confident of their power of persuasion, replied: “No, because I must win every argument.” That said, one advocacy enthusiast actually saw this as a pro, suggesting “the arguments would be sensational”.

One responder, currently in a relationship with a law student, testified to contentious dynamic: “Let’s just say those argument are worse than those at courts at times”. We received a similar warning that “arguments went on for hours”, with each party constantly demanding: “Where’s your evidence to support that?!” 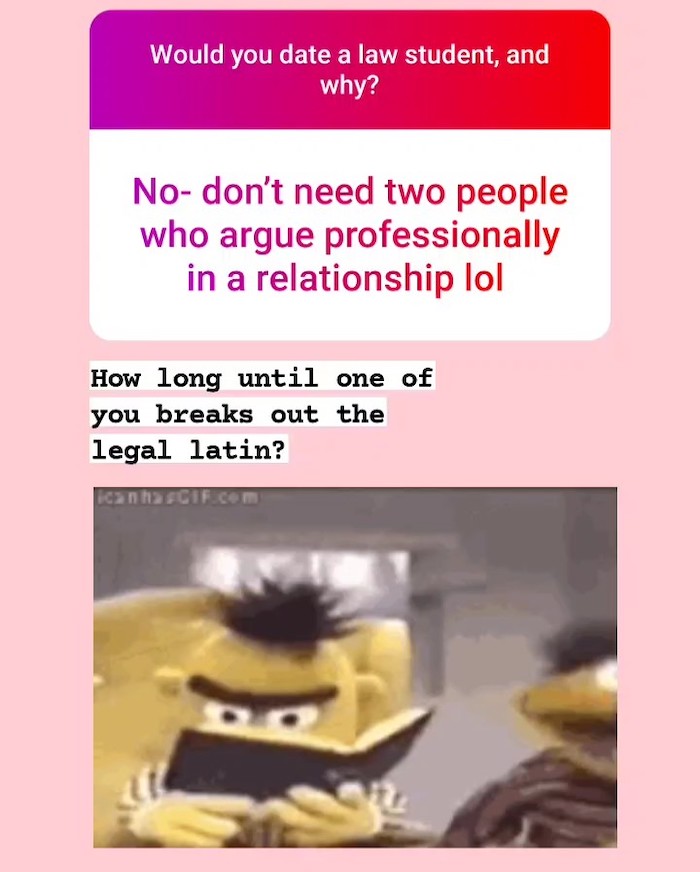 Although some noted that “we’d be in competition CONSTANTLY” or fighting a “battle of superiority complexes”, many lauded the companionship that comes with dating your classmates.

“We can study together and have each other’s shoulders to cry on,” one replied — or failing that you could both “cry over huge textbooks”. Enduring law school is also a sign that you’ll “stick out our hard times”, or as someone else put it: “If they’re able to persevere through law report reading, they can handle me.” 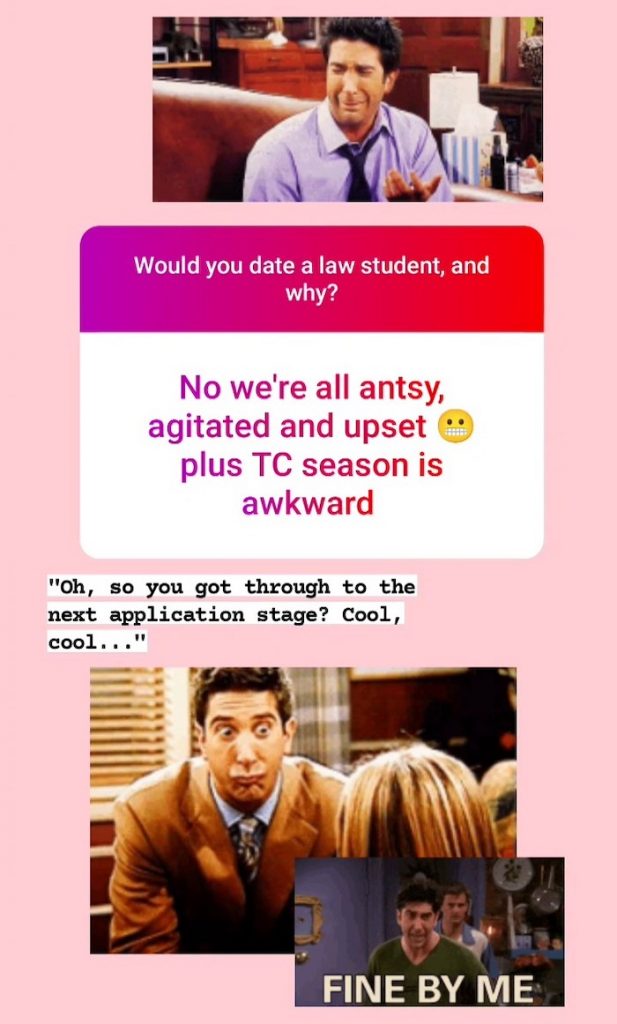 But could such legal love survive cut-throat application seasons? Some were willing to work together — “it’s always nice to have some extra help during research” — while our more ruthless, but realistic followers thought otherwise: “TC season is awkward”.

However, both sides would probably agree that balancing applications with uni work can leave law students without much of a social life. “They’d have no time for me,” one user commented. In a true lawyer fashion, some took a more pragmatic position. “There’s no chance to meet anyone else anyway — they’re the only option,” said one user. And, although naturally argumentative, dating another busy law student means they “won’t get to complain that we don’t spend time together,” another added. 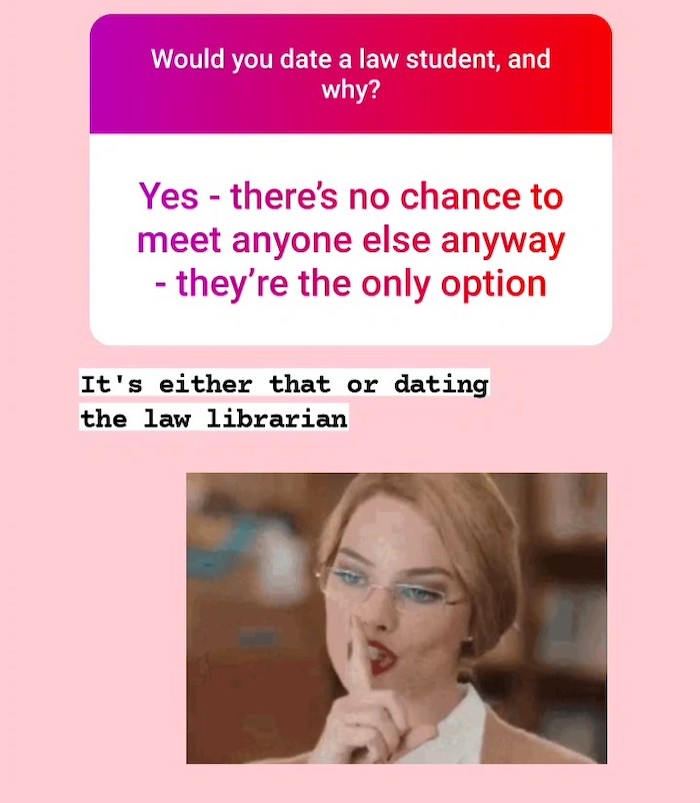 Of course, there are perks to dating a law student. Finally, someone to “send law memes to” and “who loves highlighters as much as I do”, plus “how are you meant to make jokes if they don’t know about R v Brown?” The common ground between you both will surely make “interesting convo” and when you both qualify, “you could live your life in 6 minutes at a time — together.”

Such perks failed to win over our pettier followers. “Hell no, there can only be one ‘trust me, I’m a law student’ around here”, said one user, while another replied: “we’re so pretentious that I can barely stand myself”. Complaints that law students “smell like library wood polish” and would “probably give me a Slaughter and May pen as an anniversary gift” also made the cons list.

If you’re still left umming and ahhing ahead of Sunday’s celebration of love (and overpriced flowers), take note of one savvy student’s advice: “Yes [I would date a law student] because if I fail my law degree, I might still get a rich husband out of it.”