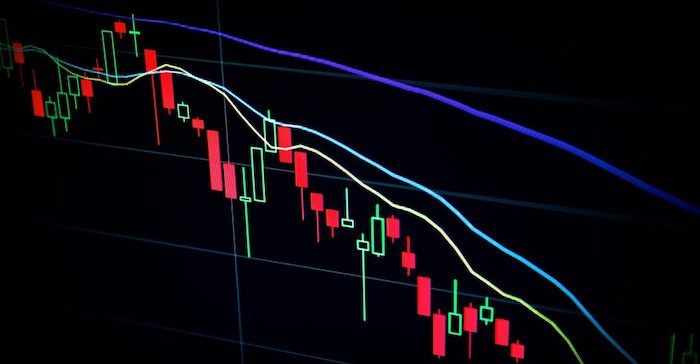 Listed law firm Ince has seen its share price drop over 50% after it announced plans to raise £8.6 million through the issuance of new shares and a loan.

Ordinary shares will be offered at a discount of approximately 58% which is expected to raise around £7 million. The other £1.6 million will come from a loan, taking Ince’s total borrowings with its principal funding bank to £17 million. This year’s financial results saw revenues dip 3% to £97 million.

The share price dropped from around 12 pence to 5.14 pence on the news. It is trading at 5.72 pence at time of writing. 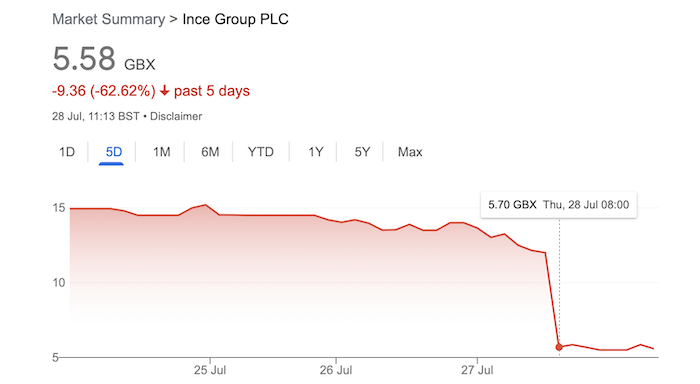 This quick capital injection comes along with news that Ince’s chief executive Adrian Biles is stepping down. He will be replaced by Donald Brown, an Executive Director of the company and CEO of Arden. Brown intends to subscribe for shares equivalent to £974,000 at the placing price, whilst James Reed-Daunter, a director of Arden, intends to subscribe for £100,000’s worth in this new share offering.

Ince acquired Arden, a corporate finance and stockbroking business, in April for £10 million. In the run-up to its completion, Arden’s application for nominated adviser status was rejected. This precludes Arden from advising on listings on the Alternative Investment Market (AIM) that is lucrative for smaller companies owing to its lower listing requirements.

Ince subsequently chose to waive this condition of the deal. Its management is, according to the announcement, “now focused on delivering the £1.0 million of synergies identified in the Arden acquisition and has identified further cost savings of £4.0 million across the Group which can be accelerated with the proceeds of the Fund-raising”.

Ince, which has 700 staff and 22 offices spanning Europe, Asia and the Middle East, has felt the effects of Covid-19 on its UK and Hong Kong markets, as well as the Ukrainian conflict’s impact on global shipping, a key market for the firm. It also suffered a cyber-attack in March, when mid-way through IT system migrations in Asia.

Law firms late to the party as usual. The IPO boom came and went shortly after covid. Mischon did well to smell the coffee and pull the plug (however late into the process)

They’ve been a mess for a long time, they thought this would be their saviour. I feel sorry for all the staff that were forced to buy shares…

Don’t need to make partner at my firm, I can just wait and buy this one.